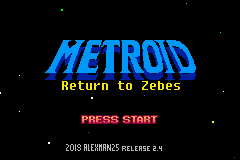 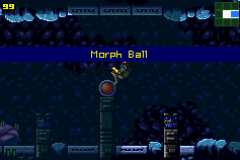 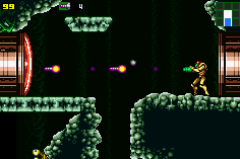 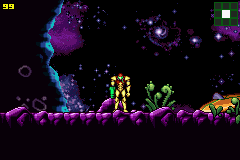 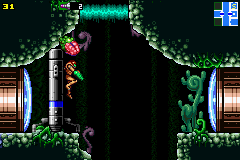 )
88% in 1:10
Read More
Really good hack that falls a bit short of perfection, unfortunately.
Some areas were kinda ruined because sequence breaking doesn't allow for some doors to be unlocked. New music is good for the most part, sounds kinda off but really it's the best you can do with the GBA's processor.
Overall, a good hack. Just try not to stray from the intended path too much and you'll do great.
By Keaton on Mar 30, 2020 (

)
No completion stats.
Read More
This hack was very interesting. It was creative and really made me feel i was in a metroid game. The atmosphere, the layout was brilliant. I pretty much liked everything, though I got stuck quite a lot, but I believe that was my fault to begin with. I didn't quite understand the unbreakable animated tile, but I still could appreciate it and I actually did like it a bit. I'm looking forward to more good hacks, and I hope more people could not only witness this hack, but rather play and enjoy the experience I had aswell...
By Azagroth on Jul 26, 2020 (

)
90% in 1:05
Read More
Pretty much a perfect hack. Gameplay changes were ok with me, I got used to the new jump relatively fast. New suit palletes are awesome. In terms of custom music this is perfect - pretty much being the Super Metroid OST, you can't go wrong there.

A few more bosses if possible would be an awesome addition and also a Varia suit switch to the final suit look so it is more in line with suit transformations in Super or Metroid 2 but those are not needed to enjoy this hack.
By Door Ladder on Dec 04, 2020 (

)
98% in 1:59
Read More
Very well-made hack. Progression was a little bit confusing at times but overall it was still quite good. Loved the changed music. The SNES/A Link To The Past style Kraid remix for Kraid's area was probably the best piece in the whole game.

I was a bit disappointed at Tourain existing when Mother Brain is not in the game, so it's just an area that exists for getting extra ammo pickups and killing some metroids if you want to.

The Maridia area felt very barren and there wasn't much to it that was particularly interesting. Was a bit disappointed in that.

The new textures for some enemies, such as Metroids and Space Pirates, are a nice change though.

Read More
Short and sweet hack. Pretty good short hack. I posted the map for the hack in the forum too if you're missing something for 100%. Different ending if "Bad" or "Okay" difficult too. Some nice ideas, lots of updates it seems according to the version. Will update my review if a new version comes out, lots of different routes too depending on if you find certain secrets and stuff. Loved the troll powerbomb block that turns into lava.

Only encountered one "glitch" really that could have hindered 100%: in the rooms with the chozo test, the Super expansion is not marked on map till obtained, for some reason. There was a weird minimap glitch in the Maridia room that disables the gates.
By Kremit44 on Jul 18, 2021 (

)
88% in 1:30
Read More
The 2nd best ZM hack in my opinion. I got stuck for awhile and it kinda killed my desire to go for 100% but it was on me. I found the transparent gate in front of the Kagos hive confusing and thought I couldn't pass through it not realizing the top wasn't solid. I think it's confusing but I blame myself more than anything. I beat Ridley first and then couldn't access the screw attack area so that sucked, i'm not sure if the way I went from the top of Norfair is supposed to be possible. Thanks to the creator for a great hack.
By SpookerK on Nov 28, 2021 (

)
94% in 1:19
Read More
Couple of glitchy things on the map including an item that didn't exist, got softlocked at Kraid with no high jump, other than minor issues like that I enjoyed it. Good level design, music, palettes, weird ending.