Description
This hack brings Super Metroid into Zero Mission. I hope you enjoy.
Thanks to the members of metroidconstruction for helping me with some asm. 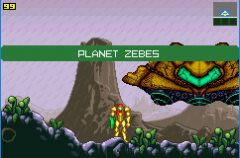 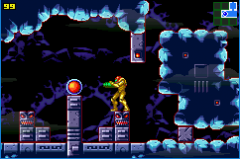 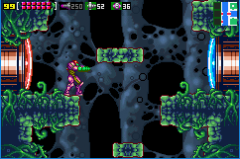 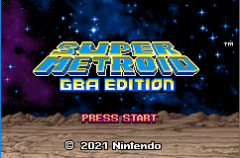 )
82% in 1:33
Read More
Very good hack! While I did enjoy this hack, there were some things I'd like to criticize. First, there were some occasional spriting issues, such as when you get in the ship after fighting Mother Brain, you can see Samus poking out from underneath the ship. Aside from that and other minor visual bugs, the spritework was overall very well done, green soil Brinstar was a beautiful recreation. Another issue I encountered was in Maridia, where you have the two sand rooms with the one-tile-wide drops to items, they were quite finicky to actually enter, took me about half a minute to position myself perfectly. Otherwise this was a very good recreation of SM, I was happy with the inclusion of Crocomire, though conversely I was a little upset there was no Phantoon, or at least a replacement for it. The Spazer Beam inclusion was a pleasant surprise, and it made combat pretty trivial. Similarly, I feel the bosses at least should have been significantly buffed. Imago was fine, but Kraid and Ridley should have been way harder. Three Supers on Kraid like vanilla ZM was too quick, and Ridley died with just two regular charged shots, no missiles needed. Barring the issues I've listed, it was so much fun to play through, one and a half hours very well spent. And most importantly, though there's no special ending scene for it, you can save the animals!
By Metroid Violinist on Dec 21, 2020 (

)
77% in 1:20
Read More
This hack was decent, however- the more and more I played it, the more I just wanted to play the original Super Metroid. I watched Alexman25's video on this hack, and had a bad first impression, upon playing it myself I noticed a few things were fixed (ie. Norfair elevator) but some things like the cutscene after boss deaths were completely fucked. Sad to see no Phantoon replacement either.

Overall, hack was okay but made me realize SM doesn't need a remake, it's fine as is and would really only benefit from a graphic overhaul. Just play the original SM.

)
94% in 2:46
Read More
Just WOW!! I'm impressed I've been playing from start to near ending of the hack in one seat. Never imagined I was to have so much fun revisiting SM maps with physics and aesthetics of MZM.

It's not perfect yet, but it uses really creative solutions to many elements ZM lacks. Other are improvable, other impossible to recreate, but it has so, SO much potential and deserves a try, for sure.

Thanks for this piece of hard work The Brothers Crafters!!

)
No completion stats.
Read More
It's literally SM but better. Normally I elaborate myself more on reviews but thats really it for me. SM but the controls don't SUCK so its pretty good
By albert v. on Jan 17, 2021 (

)
66% in 2:13
Read More
I personally enjoyed this hack, it's something closer to something i always wanted for super Metroid,I know that keeping the same bosses from vanilla it's something almost impossible, and even with the changes on those, i really liked the way they were placed, all areas was well made, and the used tilesets were a good choice, except for the maridia area, i have to say that this was the only area i didn't liked at all, but is understandable, so I'll suggest a little bit of more work on maridia area, and please a better tileset, also the background music for this one, totally didn't fit either :/ but this looked like there was a good effort on doing this whole thing, the glass tube explosion was awesome! Norfair felt unique!
Green brinstar has an amazing tiling and looks awesome, a better background will make it perfect, don't forget about a little more flowers!
Wrecked ship looks awesome as well! I felt some areas a bit empty on terms of decorations, so I'll suggest to do something with that if is possible, you did a great job so far so, Please! Keep working on this great hack!