Description
Metroid: Scrolls 6 is a full, open-ended Metroid Zero Mission hack, originally made for the 2018 Berserker Contest made by Conner, OneOf99, CaptGlitch and JRP.
This version is an overhauled version of the original contest hack.

The hack has full graphical changes and a full original soundtrack.
Said soundtrack can also be listened to at SoundCloud.
You can play and explore 7 full areas and might also find things never used in a hack before.

About 1.0:
Scrolls 6 was originally released in 2018 for the Beserker Contest.
It is not recommended to play this version unless you want to specifically play
the contest version!

About 1.1:
This update adds new graphics and rooms.
It changes certain room layouts and overhauls some parts of certain areas.
A lot of bugs, including game breaking ones, have been fixed.
It is recommended to play this version for a first playthrough!

Other Information:
- Patch on ZM_U 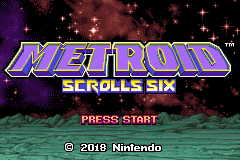 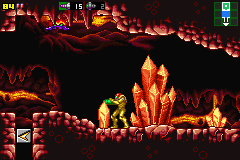 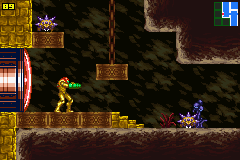 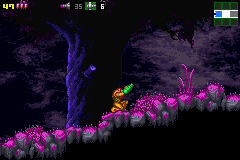 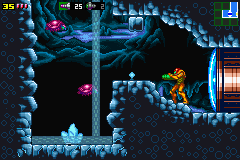 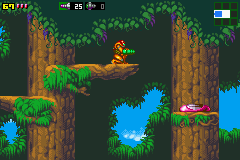 )
86% in 1:19
Read More
Want to kill boredom? This hack is here for you. The custom soundtrack, along with certain ideas in this hack, will make for an interesting experience for this hack of Zero Mission.
By MetroidNerd#9001 on Feb 14, 2021 (

Read More
When I judged this hack for the Berserker Contest, I gave it a perfect score. This hack deserves such praise even more now that it's fully complete. A refreshing spin on the typical Zero Mission experience, this hack thrusts you into completely new environments with lush custom graphics and well-made custom music. Extremely nonlinear, but fairly balanced (for the most part), repeat playthroughs always have something new to bring to the table. Highly recommended.
By FrenchLightningJohn on Feb 18, 2021 (

)
No completion stats.
Read More
i played it a while ago so i don't remember my % and time completion, this hack was really good when i played it before it was completly finished, and i had a blast playing it, music is good, layout is good, upgrade are well placed you can go to wherever you want as there is no clear this is where you have to go first, it is pretty balanced so you won't feel underpowered or overpowered when going into a zone, hihgly recommand
By knuffie on Feb 19, 2021 (

)
95% in 1:40
Read More
WOW! This is one of the best hacks I've ever played. There are just so many positive things I can say here. I made it a point to try and clear it with 100% of items on my first run, but the end of the game kinda caught me off guard. Everything in this hack is just fantastic. The tilesets, the music, the alternate color palettes for enemies, the custom morph ball cannons (reminded me of MP2). All the different areas actually felt like totally different environments, which some hacks don't properly accomplish. The simple change of names to items you pick up was a very nice touch, and the collectable runes mechanic was well done too! Aside from some extremely minor minor issues, like I noticed one of the crystals in Mons had the top half covering Samus while the bottom half didn't, this is basically a flawless hack. Some items were extremely easy to find, while others made you literally run around the map to get them (kinda like Spider Ball in Metroid II), which I did enjoy. Now to find the final items...
By Azagroth on Mar 05, 2021 (

)
No completion stats.
Read More
I had lot of fun whe i played this hack, it felt great with the new music!
By LetsPlayNintendoITA on Jun 03, 2021 (

Read More
This was a damn cool hack. I even translated it into Italian for however much I could without going through graphics editing.
The music was superb. Areas were great. Every room crafted great. Congrats on the whole team.
Only part that was kinda "ugh" moment were those rooms in Turrim with crumbling blocks. Nothing bad just took some tries to do xD pheraps cause I didn't have the item from Arx to help me through?
Full of surprises and cool items names to top it all!
By Boyfreda on Jun 04, 2021 (

)
79% in 1:18
Read More
A neat little hack that suits the portable Zero Mission.
Areas felt unique and memorable, and exploration was well paced and pretty open. Cool surprises every now and then.
Music was alright, graphics were really nice to look at.
Most secrets were fun. There were some optional item puzzles I have minor nit picks with, but are hardly worth mentioning.

)
85% in 2:21
Read More
I really liked this hack, I'm not a pro Metroid player but this one wasn't too hard, but it wasn't too easy either; I liked the challenge where you have to do some solid platforming, like on these crumbling blocks (and I like that you respawn right at the beginning when you fail, so it doesn't become tiresome) or few times when I had to use bomb jump or wall jump. Items are placed neatly, graphics are great and music is catchy. Overall it does feel like a new title or expansion. Few years ago I couldn't find any Zero Mission or Fusion hacks like that, only stuff like removing map or these helper statues etc., so I'm glad that Scrolls Six exist. Thank you authors and I can't wait to see more of your hacks!
By Metroid3D on Jun 25, 2021 (

)
No completion stats.
Read More
Excellent. Clever puzzles, unique areas, and non-linear progression. An excellent soundtrack from JRP elevates the experience. If you are a fan of GBAtroids, I strongly recommend giving this a playthrough. My only complaint would be that Charlie was a little too tanky.
By Demonskunk on Jul 14, 2021 (

)
91% in 2:20
Read More
This romhack is spectacular. The environments are extremely unique and interesting. The music is pretty great. The additional bosses were an excellent surprise, and I think anyone who is considering playing this should download it and give it a go!
By Kremit44 on Jul 17, 2021 (

)
95% in 1:46
Read More
It's a really solid and fun hack that's very open and stylistically unique. My only gripe would be it feels pretty straight forward without a ton of unique concepts or puzzles throughout. It's a really strong 4 orbs for me. It does nothing wrong even if it never wowed me gameplay wise. Thanks for the really solid hack to all involved.
By RT-55J on Jul 20, 2021 (

The soundtrack gave me some serious corny Amiga vibes. Apologies to the composer, but I was laughing 80% of the time (it was great, I mean to say).

The custom tilesets are pretty nice, though the room designs felt a bit perfunctory and slightly repetitive in terms of gameplay/architecture (though as a contest hack that's perfectly understandable). Area designs weren't bad, but about halfway through I could see pretty clearly how I was being kettled by the gray doors and such.

)
No completion stats.
Read More
This feels like a culmination of what has been done with ZM hacking (except no ZM Crocomire). It's good, arcade-like fun with a fast-paced soundtrack, a ton of platforming challenges, multiple levels to choose from the start, some humorous moments, and a few surprises.

My only gripe is that I couldn't 100% the game because I just couldn't find some of the items anywhere, even with the item count telling me what level they were in, but I rarely ever 100% Metroid games anyways so it's actually a testament to how good the hack is if I felt compelled to try and 100% it.
By davidkingster on Feb 14, 2022 (

)
86% in 0:00
Read More
Very much enjoyed this hack. I share the opinions of several other comments on this thread, so I have no wish to repeat those, but this is was a very fun hack and I loved the overall game.
By Roija on Jul 13, 2022 (

)
70% in 1:25
Read More
Fun hack, does what it's supposed to do ie alleviate boredom (nice one btw)
I really liked the ost. Some new areas are just incredible visually.The magic/fantasy vocabulary is funny even if it is just a detail.
I don't think the level design is really interesting though. But there is room for quite some optimization/speedrun (if you are really bored)
A huge amount of work, props. I recommend
By Zincoshine on Aug 17, 2022 (

)
97% in 2:43
Read More
This is currently the highest rated metroidvania made by modding metroid zero mission and my rating of 5/5 orbs won't change that, but the question is, is it truly the best metroid zero mission rom hack ever made? Well.... that depends on what qualities you consider to be more important because spooky mission 2 is in many ways inferior to this but also superior in many ways. They seem evenly matched. Whereas this mod takes itself more seriously and can be played by newcomers, spooky mission 2 has an extremely interesting and unforgettable world design of the likes normally only seen in the best metroidvanias ever made. The level design in scrolls six conversely feels similar to that of your generic steam indie Metroidvania. The only thing I do know for certain is that both are extremely highly recommended and it is recommended you play this before playing spooky mission 2.
By Syphon on Sep 11, 2022 (

)
94% in 1:45
Read More
The best ZM hack to date (that I also forgot to review until now.) Another offender of lifting Fusion bosses, this hack takes itself pretty seriously for renaming everything to be magically themed (except power bombs, I guess nukes are pretty magical) and has many fancy new tilesets to boot. Finding items and expansions is pretty intuitive and about the only thing that annoyed me was the screw attack gauntlet, which was not very hard to navigate but ZM hackers do love how seamless it is to transition Samus back to the beginning of a room. I highly recommend this to ZM players.
By therealsusan on Oct 24, 2022 (

The Reo enemies everywhere were annoying as possible, but it worked well for the equipment progression.

Only thing I didn't care for was the fourth round of the chozo warrior battle I had to predict when the vulnerability would open... Even right next to it, if I waited for the visual/audio cue it was too late :/