Description
It's rotated.. to the left.

Practice hack available in links above

Ultra Thanks to Schnook, for being so patient with me and for being so supportive and just awesome in general :)

moehr for helping with ASM stuff and being a legend

And the Metroid Construction community at large 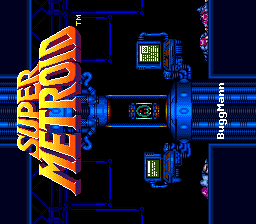 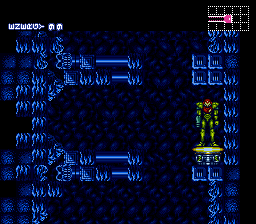 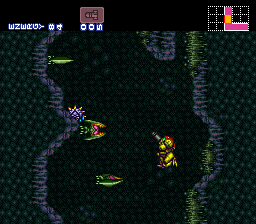 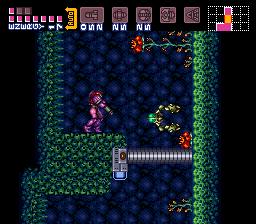 )
90% in 2:50
Read More
The hack achieves what it set do to, a modified experience of the vanilla game.

It needs some small polish to get rid of the softlocks around the normal route. Early game, entrance to Climb you can get stuck in kneel pose right away on the ledge if you try jumping forward. You need to carefully move forward. Late game, if you enter Mickey Mouse room from lower side, softlock due to the door remaining grey. So don't enter it by mistake.

The recurring theme is walljumping and everything around it. It presents a tougher but a fresh outlook on the same map. But it is very pervasive, so I wish author enabled respin. There is no skill involved in having to do same walljump antics twice just because you have to open the door from the jump.


Overall a fun hack and a recommended play.

)
99% in 3:26
Read More
In some ways this is better than the original Rotation. It has some upgrades with farms working correctly. Working gates. It was also able to keep crumbles in places that Rotation had to remove them. Etc.

I had one crash at phantoon, but the author fixed it already. Time is real-time. My IGT was 2:33. Definitely could do it faster, but it was fun to visit every room and see everything.

)
100% in 2:59
Read More
After having played Rotation, I was excited to try its spiritual successor. Many of the same techniques come into play here, and many of the tweaks that need to happen to certain rooms to traverse them are handled a little differently in otherRotation. Great care has obviously been taken to make sure that the rooms work the way you would EXPECT!

I came into it expecting some tricky tech and satisfying maneuvers. In the end I was fully satisfied and intend to play it some more.
By mfnomega on Sep 04, 2022 (

)
83% in 2:52
Read More
I'm mostly here to second what dagit wrote: even better than the original Rotation, with some commonsense fixes and upgrades to make the game look and feel smoother. In the respin version, I kept having the game crash whenever I fired a super missile. That said, when I switched back to the non-respin version, everything worked smoothly. Thanks for a great new angle on the greatest Super Nintendo game of all time!
By Skittles on Nov 24, 2022 (

I played both the original "Rotation", and this hack back-to-back...
And let me just say, (like other users have stated ^), this hack improves A LOT, upon the original rotation.

)
100% in 2:25
Read More
I'm always hesitant giving 5 stars for a Vanilla+ hack, but BuggMann just keeps outdoing himself each iteration of his rotation hacks. The attention to detail and rotating literally every possible thing is what pushed it over the edge for me. Now this wouldn't be possible without the original Rotation, but this one is definitely the best of them all from an effort and polish standpoint (except his 360 hack dropped on 4/1 in the forum). I liked that he kept the adjusted underwater wall jumps from the original and I can't remember if the original had water bomb jumps too, but they are definitely appreciated when wanting to do something like PRKD. Now that Bugg has run out right angles to rotate, what's next? Rotated hacks? Rotated Z-factor? JK, but great job and thanks for the hack.