Description
Famine has struck the Galactic Federation! Several resource extraction teams have gone missing on the bountiful Planet Grané, detected to have the highest concentration of biofuel in the galaxy. It's Samus's job to figure out why - and procure the resources for humanity. Battle a new threat in your quest for knowledge.... and escape with your life.
***
2nd-Place winner in OatsnGoats' ROMhacking contest (2021) 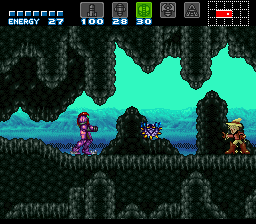 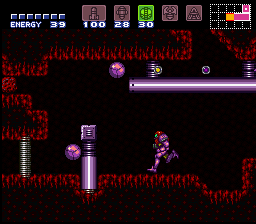 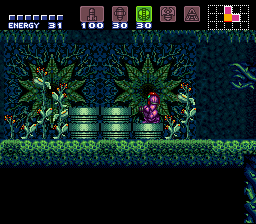 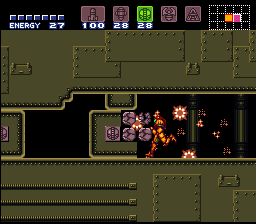 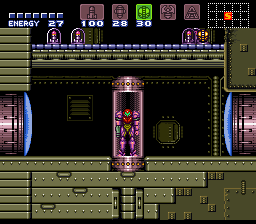 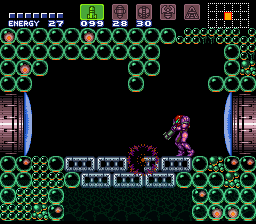 )
44% in 2:13
Read More
This hack has a lot of original ideas. Interesting new mechanics. I would say more but I don't want to put spoilers in my review.

I would probably be giving this hack a rating of 5 except, I got really annoyed and frustrated with one particular boss fight that felt like it was entirely RNG. I probably died 8 times before beating it. And the time I beat it, I didn't feel like I earned it. It just felt like I got lucky. I'm not a fan of RNG heavy boss fights.

There's also some bugs with items in the early game. If you come across item locations very early they will be bugged out. I also felt railroaded near the end of the game. I thought for sure I was working towards a particular item and instead I ended up stuck where the only way forward was a boss fight. This was disappointing as I had planned to revisit more of the world and the level design prevented that without any warning.

Overall it's a great hack that I will recommend to people, but I also can't give it 5 orbs with some of the flaws above.

)
44% in 4:00
Read More
To be honest I almost stopped playing this game, and then I found the room I needed AND BAM!!. There are a ton of great ideas in this hack! It's one of the best ones I have played. Its challenging and makes you think :D
Thanks for making this!! Keep up the good work!

)
65% in 3:56
Read More
I do like this one, there's soo much custom stuff. The new mechanics are fun to use. The final boss was also a lot of fun. The only things that make me rate this 4 orbs instead of 5 are:
-Red crateria, just doesn't work well
-progression wasn't very clear (but maybe that's just me)
- New mechanics took a while to figure out, I remember staying in a room for 10 minutes until I remembered a something I hadn't tried yet (and that something isn't something players use very often in hack playtroughs)
But definitely give this one a try, you're not gonna regret what you'll find!

)
39% in 2:18
Read More
Really weird hack, I liked it.
Unique music and areas with some really well-utilized mechanics.
Strawman buddy was very cool and unexpected, and there are a few nice twists. Final boss is a bit hard, died once or twice but easy to get the hang of, especially with enough e-tanks. Pretty good replayability with not too much linearity and cool paths.
Recommend.
Finished.
second playthrough was 1:42 71%
By Exister on Apr 02, 2022 (

)
No completion stats.
Read More
Very very good hack. Subverts expectations at the beginning twice over and then proceeds to do so throughout the entire hack. There are so many neat moments, cool mechanics, and overall solid design that the hack is just an absolute blast. The only issue I have is that the second area is a bit cumbersome to wade through on a first playthrough but there's a very easy sequence break to kind of skip it so it ends up working out just fine. Highly highly recommend to any and all, play it and keep at it!
By Sickwood on Apr 24, 2022 (

)
No completion stats.
Read More
Another ridiculously good hack from the Oats' contest. Between Biohazard, Hotlands, Fugue, Cryo, and now Harvest, probably the best contest ever. I loved all the special room states, insane ASM, custom enemies, speed booster charging stations, and especially the story for this one. Plenty of hidden secrets and a really good item count for the size. The final boss involving the long awaited item was impressive. My favorite area was definitely the factory. The only things that I kinda didn't like was the cramped terrain and not having the long awaited item. Now the new substitute movement for that item was very cool and fit that hack perfectly, and the work around for utilizing PBs was very cool as well. I just kept wanting to attack terrain and do stuff with said item, due to habit, but the story made up for it in the end. Can't wait for the sequel and anything by Oi27 (Polarity kicked ass).
By therealsusan on May 06, 2022 (

)
49% in 2:54
Read More
Awesome hack! There's so much brought to the table with new features I'm surprised it didn't win the contest.

Reason I'm giving it 4* instead of 5* is there's some mildly confusing aspects and it feels like there should've been another area to utilize items.
By Zhs2 on May 20, 2022 (

)
57% in 2:11
Read More
For an oats contest entry that placed second I honestly expected better, especially stacked against 1st place hands hack and 3rd place hotlands. The innovative custom ASM does not save this hack from some bad design decisions, such as needing to destroy many missile blocks with only a max of 10 missiles at the beginning, and the ease of which you can accidentally enter the underwater endgame area without gravity suit and not be able to escape to pick up more equipment before a boss you will be REQUIRED to use savestates to beat without said gravity suit. (At least, I presume that's what you can pick up. I don't actually know if this is true because I never found it.) Game design clearly escapes the creator if my experience with Polarity was anything to compare this to, albeit at least in Polarity the enjoyability picked up and stayed up after seeking out several hidden passages before slamming headlong into one murderous Ridley. Here the enjoyability rises from the intro all the way into the factory (the best area imo) and peaks at power bombs, then goes back downhill into said contrived boss that wasn't actually fun. Sorry, but a few more hints to the player about points of no return would have gone a long way into salvaging my rating for this hack.
By Kremit44 on Jun 05, 2022 (

)
57% in 2:38
Read More
It's a solid and unique hack. It has an excellent custom boss mechanics and interactions with some neat features that make it stand out. The roll is amusing but broken as pressing shoot for me on both bsnes and SNES9x would lock the game. It seems I only had the issue in reading the reviews so I don't want to knock the game too much for it. I've had issues with XBOX controllers and another rom hack so maybe that's it. I thought about a 3 due to some jank and it being a short linear adventure but I feel it's unique and well done enough to deserve a 4. A really fun playthrough that stands out for it's unique features.
By Zincoshine on Sep 10, 2022 (

)
No completion stats.
Read More
This won second place on the oatsngoats competition, a competition where the third and first place are among the highest rated hacks... yet this has a significantly poorer average score that puts it in the range of mediocre hacks. Why is that? Well, its for two reasons. First, the hack has placed style over substance. You see, Oi27 is a truly gifted advanced hacker, but he has one weakness, he had no talent for the most basic type of hacking: gameplay level design. The result is a hack that does some of the most phenomenal stuff I've ever seen in a hack, while having a level design that, in terms of gameplay, feels like its something taken straight out of 2010. Second, the hack's shortcomings can be completely overridden by professional speedrunners who will not even be able to notice them. This is exactly what happened with the oatsngoats competition. The guy in charge, oatsngoats, is a professional speedrunner. He ever noticed the good stuff and blew right past all of the problems.... but there's a 99% chance that the person reading this review is either:
A) not as proficient in metroid as oatsngoats is and will therefore not have a good time
B) the person reading this has already played the hack.

It doesn't help either that this hack has been miscategorized as being vanilla difficulty. RT-55J and Zhs2 do a great job of explaining some of the problems with this hack and what you will feel if you're just a normal gamer like them looking for something to have fun playing. Avoid this.
By RT-55J on Sep 14, 2022 (

It starts off wanting you to like it, and you do want to like it, but it makes itself hard to like at the beginning. For instance, activating the first event either requires you to be incurious and lucky, or to solve a bizarrely difficult spatial reasoning puzzle. Not too long after that, progression is locked behind a bizarrely obtuse item puzzle. Both of these moments had me scratching my head for a while, even as a person who had partially watched people play this hack before and generally knew what to expect.

Anyhow, once you get past those initial hurdles and make it to the third area, the hack becomes a blast. Again, it is very clever and very funny, so once things get rolling the cleverness and funniness start to click and you start enjoying the hack as much as it wants you to.

And then it just kinda ends.

Mind you, it's a really good ending, and I don't mind short hacks, but I was kinda left wanting more. Thankfully, this feels like the kind of hack that ends up being much better on a replay.