Description
Full release of SM Polarity! Several areas have been reworked from the contest version, the magnet item has been improved, and there's been a lot of bug fixing. 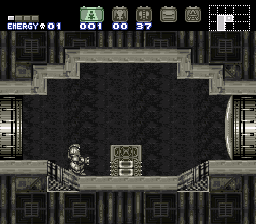 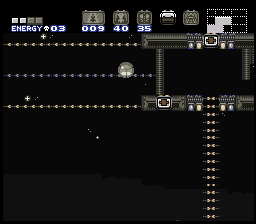 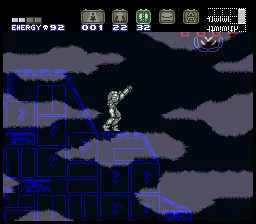 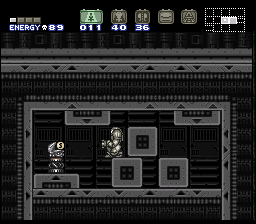 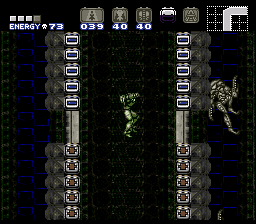 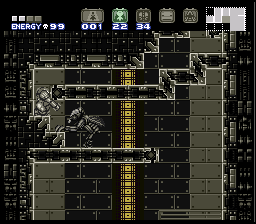 )
58% in 1:23
Read More
Pretty well-done hack. Great custom soundtrack, cool aesthetic, excellent nonlinearity, nice concept. The whole magnet thing was a bit weird sometimes, the rows of trails in particular somewhat throwing me off, but it's still quite a neat idea. As for the whole thing with the Xeno parasites, I was puzzled as to what exactly they were there for other than potentially allowing more of them to spawn from enemies (I think that's how it worked? Could be wrong though).
Overall though, I think this hack is worth a play. You'll definitely need to understand how to utilize the magnet stuff, even if it seems unappealing to you, but yeah, if you like SM hacks and haven't tried this one, I suggest you do.

)
84% in 3:16
Read More
A very interesting hack. Didn't use the new item magnet too much, but still a pretty creative design. BGM in the game is a little boring. Aesthetic is very unique. Recommend.
By Kremit44 on Apr 06, 2021 (

)
68% in 1:17
Read More
Really interesting little hack. I wish there was more but it's got a lot of creativity and it's a well polished hack. I thought the music and graphics were interesting but they weren't great either. The music is rather odd but i didn't find it irritating either. The magnet concept is neat and largely optional. It's neat and a great quick play. Thanks for the cool hack.
By Grayfox82 on Apr 14, 2021 (

)
90% in 4:01
Read More
I like the aesthetic, but one track smash my brain. Sometimes i feel like I can see a bad dream of samus. Nice hack but please change the track of credits, it's overwhelming.
By Sapphron on May 06, 2021 (

)
90% in 1:47
Read More
Excellent hack. Super creative use of room elements, custom music, graphics, etc. It's definitely an aesthetic hack, and it's good for what it does. Story was a little odd and some of the rooms made no sense moehr-style, but that's okay. Especially the xenoparasite rooms and the outbreak system...given that it's a contest hack, I give it 5 stars for the speed and the effort put into it.
By albert v. on May 19, 2021 (

)
No completion stats.
Read More
Very interesting mechanics! game feels fun with those gravity effects!
By ocesse on May 22, 2021 (

)
70% in 3:24
Read More
Very good Hack, I liked his music, in certain places it makes you feel scared. I really appreciate the creators who try something new, for that reason the magnet item seems interesting to me. It has good graphics and good level design, I did not see an error in tiling, only an enemy that walked upside down. I'm going to play it again to try to get 100% of items. I really enjoyed this game and for me, it deserves 5 magnets!!
By Pixel_Tiger on May 24, 2021 (

)
No completion stats.
Read More
One of my favorite contest hacks. The eerie music and black and white graphics were great. I preferred having to work to find bombs in the original release, but understand why it was changed. Like others have said, the magnet is often slower than basic movement tech, but is insanely cool ASM that could be the basis of another hack. Exploration was a lot of fun and found everything but 1 power bomb. Great job Oi27 and Moehr
By LetsPlayNintendoITA on Jul 30, 2021 (

Read More
Another great hack. More and more :)
Very enjoyable, creepy yes but great.
The game mechanics are seen after reloading the game once by the way.
And they're great. The polarity, the magnet field, the threat. All great.
And with the touch of moehr I saw before in Temple of the Winds.
A very reccomended hack, may be short, but enjoyable to the fullest.
5 stars once again :)

)
No completion stats.
Read More
Magnets were too weird to control so barely used, but liked the overall hack
By Zhs2 on Apr 06, 2022 (

)
64% in 1:37
Read More
This... was a weird hack. Lots of mechanics and level design is obscure, starting with the fact that many blocks that could have been mistaken for bomb blocks are missile blocks in the beginning. After you make your way through the area with the helicopter grapple music (which was hilarious, by the way) the hack becomes a lot less of a stumbling block as you have all the items you need to proceed. Did the infection mechanic really do anything? Did it change the ending, or was it just a scare tactic? Does anything even happen if you escape without an infection? That mechanic at the least felt so inconsequential for how much documentation there was on it in the actual hack. Overall a pretty good playthrough though.
By Zincoshine on Sep 10, 2022 (

)
No completion stats.
Read More
This is one of the most innovative hacks ever made yet this has a significantly poorer average score than those of its peers in innovation. Why is that? Well, it's for two big reasons. First, the hack has placed style over substance. You see, Oi27 is a truly gifted advanced hacker, but he has one weakness, he had no talent for the most basic type of hacking: gameplay level design. The result is a hack that does some of the most phenomenal stuff I've ever seen in a hack, while having a level design that, in terms of gameplay, feels like its something taken straight out of 2010. Second, although another person was involved in the development of this hack, it seemed like that person was either too afraid or too disinterested in pointing out the design problems to Oi27 (or they simply didn't have enough time to fix the hack before the conclusion of the contest it was in). A player like oatsngoats, a professional speedrunner, would be able to blow right past all of the design problems.... but there's a 99% chance that the person reading this review is either:
A) not as proficient in metroid as oatsngoats is and will therefore not have a good time
B) the person reading this has already played the hack.

It doesn't help either that this hack has been miscategorized as being vanilla difficulty. Zhs2 explains some of the design problems but doesn't go deeply enough into how this almost feels like a challenge hack where even simple jumps can end up being almost impossible to do at certain points.

Read More
Review is for contest version, max% is 53%.

Polarity absolutely nails its atmosphere. The eerie music combined with the mostly black and white aesthetic (which makes the colored elements pop even more) is such a unique experience, and when coupled with a fun world to explore and a few interesting new mechanics, was surely a surprise hit for me.
By Syphon on Sep 10, 2022 (

The music and black and white aesthetic work well together to give the hack a creepy and unique atmosphere.

I really like the magnet concept though you don't really need to use it much.
Took me a while to realize how the outbreak/infection mechanic works but it's a neat idea.

)
78% in 1:56
Read More
This is a sloppily constructed hack that feels like it should collapse in on itself any minute, but somehow manages to hold together into a coherent whole with its own identity.

My main complaint is that the route to get bombs is quite obscure. Also, the save station placement was kind of iffy.

On a certain level, this would probably just be another 3 or 4 star contest hack, but the soundtrack really elevates the experience. Very moody and unconventional. If you don't like the music, then you will not like the hack.
By neen on Oct 12, 2022 (

)
% in 1:22
Read More
extremely different, strange, and so much about it seems like it would be an absolute waste of time. but its not. its oddly captivating. the music got a bit repetitive, some of the tracks could be improved, but i liked the mood it tried to set.

i initially had no desire whatsoever to play this, especially when i saw it was mostly grayscale. im glad i did though. its not very long, not too difficult (wall and bomb jumping was all i used, not sure if it was even necessary), and kept pretty simple once you understand whats going on. id definitely recommend, especially for people who like something different.