Description
This is the unofficial official sequel to my awesome hack: "Metroid FreezeFlame".

In this hack Samus finds herself in a weird world between dimensions!

If you didn't like FreezeFlame 1 you might still want to give this a try since only the first 5 minutes are a true heatrun. After that things start to get interesting.

(This was made for the One Week Contest and only slightly updated to fix some bugs.) 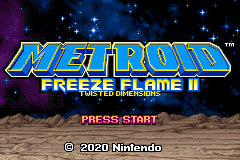 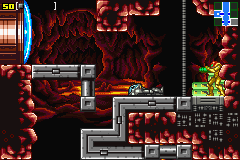 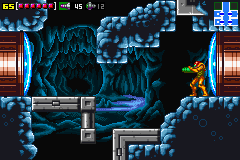 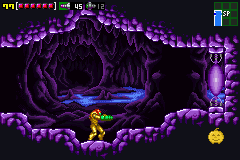 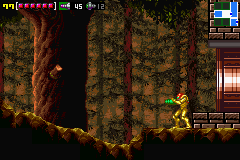 )
95% in 0:55
Read More
Really good hackthe theme of the intertwining of the most historical hacks of zero mission I really liked. Overall it was a lot of fun to play with and could be improved just a little, for example to get rid of the message in rtz you could try to create a room the same as that and redo the connections with the doors, it should work. Another thing in the stargazer link I found a strange glowing circle, fix it. Time is the in-game clock.
Edit: I am waiting for the sequel :)

)
No completion stats.
Read More
Its a great sequel and nostalgia hits me hard.

If you have played a lot of hacks, playing this after 2 years since i played Freeze Flame, this hack impacted me so much, veeeeeeery recommendable.
By FrenchLightningJohn on Jan 23, 2021 (

)
No completion stats.
Read More
really decent hack, liked the concept of using portal to go to visit others hack as dimension, i had lot of fun playing it would recomand for sure
By DramaticMarquinh0svi on Feb 11, 2021 (

)
100% in 0:55
Read More
This rom hack is even better than the last,it has the same idea as Y-Faster 2,putting a bunch of rom hacks into one,and it went well,half the hacks i didn't play,but was still fun (Scrolls 6,RTZ and StarGazer i didn't play at the time i made this review),this rom hack is very easy,at least it's twice as long as the first freeze flame,at least like the first,the item locations shows a little hint so you guess there is an item there,i looked up the full map in MAGE,and i saw some parts of the map in the Scrolls 6 being there even tho here is nothing,probably it's for a new version,this rom hack is more reccomandable than the first because this one easier,like in the description of the rom hack,it's just 5 minutes of heat runs,and thats it. 4.8/5(Rounded at 5 orbs)
By Cpt.Glitch on Feb 14, 2021 (

Read More
Solid hack. It is built on the foundation of several other hacks, utilizing various rooms an environments from each.
By shaktool7 on May 08, 2021 (

)
No completion stats.
Read More
The concept of the heat run doesn't really work for me. It seems more like trial and error finding out where you need to go, constantly dying because there isn't a real sense of direction on where you should be going. Perhaps a directly linear path for the game would work better. But the real issue I had with this hack is that I found myself seemingly stuck after I fell down to the area where you find the varia suit. The only path out seems to be through the Imago boss fight, but I only had 10 missiles which wasn't enough and no charge beam.
By SpookerK on Nov 28, 2021 (

)
97% in 1:03
Read More
Fun short hack with callbacks to many of the most prolific ZM hacks. It's a solid but unspectacular affair. Areas are rather short and the game is straight forward. The unique graphics would get more love but they're all recycled from other hacks as far as i can tell. It's scope is what holds it back from a 5. Thanks for the hack.
By Zincoshine on Aug 17, 2022 (

)
91% in 1:24
Read More
This mod is a celebration of past zero mission based metroidvania hacks with several of them mashed together.... or at least that is what this would have been if it wasn't so terribly unpolished. It's a functional metroidvania but it is the most unpolished one I've ever seen made off of metroid zero mission. The cherry on this unpolished cake was when I reached the escape ship after killing mother brain and a bunch of garbage sprites jumped out and tried to shoot at me, followed by the ship floating into the ceiling and then the beeping alarm from the base continuing all the way through to the explosion of the pirate ship (which is funny as well since I'm supposed to be on an asteroid not a ship), into the credits, and even the final score. Amazing.... Aside from that, this also suffers from a decision to not only mash together some of the greatest mods made at the time, but also 2 of the worst: Return from zebes and stargazer. return from zebes doesn't really cause any problems but stargazer here is just as bad as in the original. Overall, I cannot recommend this in its current unpolished state but it is getting 1 orb each for the original idea, the cool freeze flame switch mechanic, and for being a functional metroidvania.

Read More
Not as good as its predecessor. It's a good concept, but the creator unfortunately didn't have the ASM skills or the custom music to back up his gratuitous homage visiting of other ZM hacks around the community. Still, it's fun in a way as it is essentially a buffet of hack recommendations rather than a good full hack. It just doesn't completely do everything it borrows from justice.