Description
Inspired by the dungeons of the same name from the Paper Mario series, I present Super Metroid: Pit of 100 Trials! Challenge yourself to a test of endurance and skill. Venture through 100 rooms of Zebes, defeating enemies and slowly gaining powerups along the way to aid in your quest. Careful though! You can only move through each room once, and they get more challenging as you go along. Can you beat Ridley at the end of room 100 and claim victory?

For those who want a little extra challenge, (or a lot) try your hand at Hard Mode! Hard mode is the ultimate Super Metroid challenge experience, including:
Buffed enemies
Harder level design
More enemies
Harder enemy layouts
Altered item progression
And some surprises! 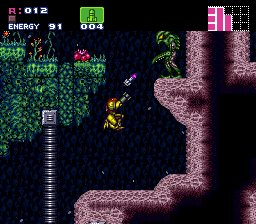 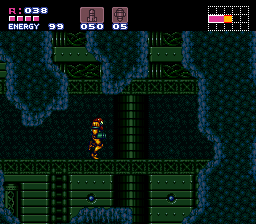 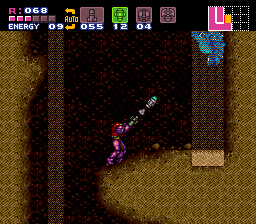 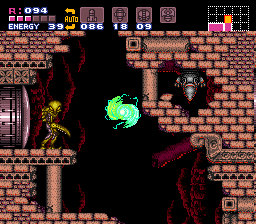 I like the concept but about halfway through the hack the linearity became a bit tedious and I didn't find the hack challenging either.

Regardless I still recommend checking this out if you don't mind linearity.

)
74% in 1:39
Read More
Cool challenge hack. It has some teeth, though it's a bit easier than what the concept might imply. I beat it deathless on my first attempt, though I was generally quite cautious and meticulous in my approach.

)
No completion stats.
Read More
It's like Super Metroid with backtracking removed and nothing to make up for it. Kinda boring overall in my opinion but I appreciate the effort trying new concepts. Vanilla tiling is well done and everything works as intended.
By dcr on Jul 03, 2020 (

)
70% in 1:21
Read More
Really neat concept for a hack that I haven't really seen before. It reminds me of Super Metroid Arcade in many ways. Wasn't too difficult overall, though I did have some close calls a few times. I came across a few small bugs like missing tile collision and a broken scroll update, but overall it was smooth. This is definitely worth checking out!
By TheGreatPikminZX789 on Aug 17, 2020 (

)
54% in 1:25
Read More
Haven't gotten that many issues playing it, as I've only died once, but an otherwise neat concept. Would recommend if you want to waste some time playing a linear hack.
By MetroidMst on Sep 29, 2020 (

Read More
This is a very linear hack, so exploration is really limited to finding hidden items, and that is a bit of a mixed bag. Not to say it's bad, but for the most part it's straightforward. The gimmick is of course, passing 100 trials, and the custom code to make the progression happen is a nice touch. The biggest issue I have is the lack of exploration. Doesn't feel like a normal Metroid game. It isn't designed to be of course, and for what it is designed for, it's a solid little hack.

Would recommend for a relatively quick playthrough that won't get you lost anywhere.
By benox50 on Oct 18, 2020 (

)
No completion stats.
Read More
Fun concept done well, the combat in SM aint is strong point. This hack got some nice encounters with various samus abilities put to good use, but I think it could have went another extra mile.
By Sapphron on Oct 18, 2020 (

)
84% in 2:06
Read More
Very well done! Normal Mode was quite easy in most parts, but some parts it was definitely deserving of Veteran difficulty. Lots of shortcuts if you were to die and it's just fun to trek through all the rooms again, super OP.
Hard Mode was...very difficult, only died once due to a purposefully-caused scroll glitch. Difficulty was well-balanced, enemies have a lot of special vulnerabilities if you're willing to look for them. Almost none of the rooms felt super unfair, and the boss fights were rather easy to be honest.
Highly recommend if you're looking for a new, very different experience although rather short and 100% linear.
By Kremit44 on May 10, 2021 (

)
88% in 2:11
Read More
It's alright. It's a fun playthrough and well executed but the gimmick isn't as good as a traditional Metroid experience. It's very well executed for what it is. Kudos to the author on a well designed and realized experience.
By UNHchabo on Dec 27, 2021 (

Read More
This hack has some interesting areas, but others are kind of annoying. I thought the tripper room was pretty clever.