Description
This is a super short, 5-10 minute hack that I whipped up in ten hours on November 30, 2019 for the Barbequonst Contest.
I had no prior experience with MAGE before this, and had only played Zero Mission about 5-10 times including romhacks.
Regardless, I really hope you enjoy my first hacking experience. I'll make more hacks in the future...hopefully.
Absolutely NO advanced skills are required. This hack is beginner friendly. 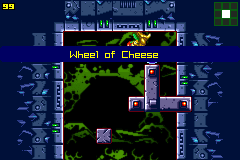 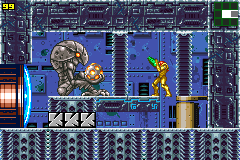 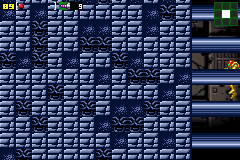 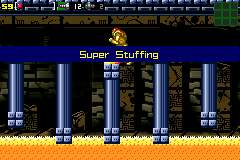 )
No completion stats.
Read More
I was on the fence on if I should give this 2 or 3 orbs. I decided to give it two orbs, because although it is an interesting hack, it’s far too short to get any lasting impression, and the tiling is also pretty off as well.
By ptoil on Dec 01, 2019 (

)
No completion stats.
Read More
Although I was able to stuff my enemies FULL, this hack was too short to stuff me full.
By MetroidNerd#9001 on Dec 01, 2019 (

)
90% in 0:06
Read More
A short hack that is kind of fun, but also quite lacking. Given how quickly it was created, it's hard to expect more. There are some neat things, and some decent designs, but there isn't enough to make the whole thing worth it. If a new version is released that fixes the main bugs and graphical issues, I may give it 3 orbs.
By Syphon on Dec 01, 2019 (

Nothing was too hard to figure out, and everything at least made sense. A great start, and three orbs for effort.

I know that this is his first hacking experience but some things could have been improved even without special hacking knowledge. For example the tiling, even though the hack has custom tilese they are not really good. There should also have been some hints for breakable blocks and secret passages because thats really not a hard thing to do and it's just frustrating to search for some stupid invisible walls.

The save station is bugged because theres solid clipdata infront of it.

Overall not the worst hack, also pretty playable but also not great.

Wish you luck on your next hack!