Description
One day as Samus is going about her daily routine she notices that her power suit has a computer virus. This virus has disabled all of the abilities on her suit. Samus immediately started running diagnostics. Due to the effect of the virus being that of disabling her abilities, she named it the Adam Virus. After much work, she was able to start counteracting the effects of the virus. Her suit will now begin to slowly recover its abilities. However, there was still the issue of where it came from. Without much effort she was able to pinpoint the source, a distinct desert planet. What Samus does not know is that this virus was made an isolationist group of space pirates. These space pirates discovered a golden chozo artifact, that could implant files in any chozo device. With advanced space pirate hacking skills that they definitely did not steal for the federation. They managed to hack into the chozo artifact. Using this they developed a virus for Samus' power suit, and sent it her way. They did not expect Samus to be able to track the source.
Samus is now on her way to this planet to destroy the source of the virus. However, her suit is still fighting the effects of the Adam Virus. As such, she must hope her abilities return to her as she explores the planet.
+ There are no special skills needed to beat the hack, but to get 100% you will need to able to mid-air morph. 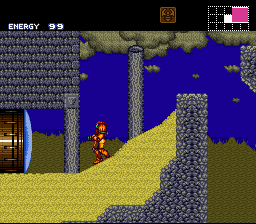 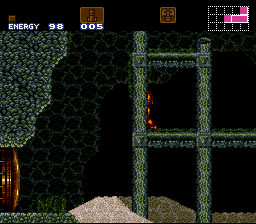 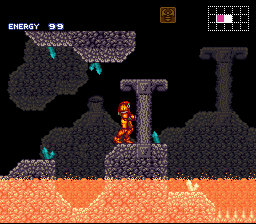 )
81% in 0:16
Read More
A fun hack that sticks well to the theme of the hack it was made for, the Authorized Contest. The heat run was a bit annoying, but otherwise, it's a pretty solid contest hack.
By Cpt.Glitch on Dec 25, 2019 (

)
63% in 0:16
Read More
This is from part of my judge review for the contest.
The hack is solid. The story is great, the concept is good, the gameplay is good. I died to the massive heat run but it was decently balanced. I feel like it was one of those “you have to die to learn what to do” kind of things, which isn’t bad, especially given that that’s the only section of the game to be like that. Also, you didn’t add respin. WHY?! Space-jump was god-tier though. There were minimal (if any) errors in level design and flowed well. Definitely give this hack a go

)
60% in 0:13
Read More
There's a glitch in the left side ceiling of the third room where Samus gets stuck if you jump up there.

That happened in the first few seconds of gameplay, so I used save states at checkpoints after.

Moderate, but enjoyable difficulty. Unusual invisible item pick ups... Did not expect to see different percentages in the reviews

)
93% in 0:16
Read More
I found an OOB situation early on, but other things were fine. Pretty interesting hack with a lot of secret items in it, neat environments and good use of the one tileset that was in it.
Finished.
Recommend.
By Kremit44 on Jul 10, 2021 (

)
93% in 0:25
Read More
Really solid short hack with an interesting mechanic. I'm not big into small hacks like this but it was fun enough and interesting enough to be considered decent in my books. It seems like Power Bombs must be in it somewhere but i'm not sure where they'd be as I couldn't find anything else. I'd have liked to see something like this into a bigger hack as it has a fair amount of potential. Thanks to the creator for a fun hack.
By LetsPlayNintendoITA on Aug 11, 2021 (

Read More
completed 100% (map in the forum in my posts if interested to do all items)
very quick and nice hack.
heat run was nice (prob my very first one) and not super hard.
thanks!
By Zincoshine on Jul 13, 2022 (

)
81% in 0:32
Read More
I approach every mod I review as if it were its own game and judge them accordingly while ignoring any similarities to super metroid (for obvious reasons). The idea is to analyse the mod from the perspective of a game that someone who just bought it off of steam and whether it could be recommended to your average metroidvania gamer. With this disclaimer out of the way, here's the review:

I've been playing mods in an order of alleged quality, from lowest alleged quality to highest. This is the very first mod I've completed as the previous ones had too many problems. It is short but sweet. It's biggest problem is actually the competition from which it arose. The competition actually called for modders to intentionally implement one of the most notoriously bad design decisions from Metroid other M: obtaining items right after the area the item would have been most useful. Understanding this context is extremely important as it means the difference between being either enraged at this horrible design in the mod or having a laugh at this well-made parody. Nonetheless, a bad design choice is a bad design choice even if it is intentional and I hope that this community will not encourage modders to intentionally make mistakes in their work. it's a 3.5 from me but unfortunately, I can't select anything between 3 and 4 so I went with 3.

Edit: After having played many more mods, especially zero mission mods I have realized it was wrong of me to recommend this. The scope is just too narrow and I see most people just seeing this as a poorly designed mod with little effort put into it, even though this is not true at all.
By Zhs2 on Oct 13, 2022 (

)
87% in 0:22
Read More
Actually a pretty neat, easy, and short hack. Sure you get the Varia suit right after you traverse a heat run but the heat run itself is pretty easy if you just run and gun. Everything else is simple and old places to explore with new upgrades are not too far a backtrack thanks to the compactness of the hack. The real scary part is climbing a spike shaft with the best space jump ever but no respin. Also still wondering what game the hack's tiles are from!