Description
Super Metroid Cliffhanger was originally released June 26th, 2008.
Redux has revived the planet with new rooms, savestations, refurbished layouts,
and a renewed storyline. From top to bottom, everything has been updated.

It was and is now at its core a challenge hack, a game to fire up and hone your skills.
Secondly it tells a story, locate all 5 Chozodian Lores to complete the mystery behind Planet Uviol. 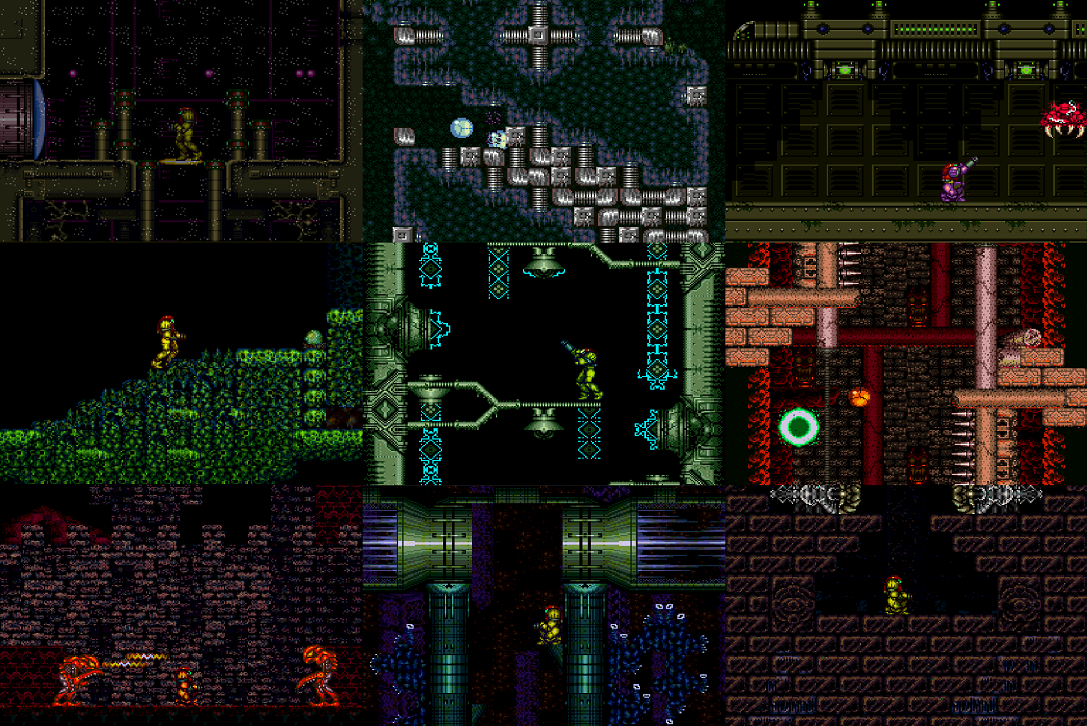 )
80% in 9:17
Read More
This is indeed a challenge hack and savestates are probably needed for some parts. Tons of beautiful art is on display in this masterpiece. Heat runs, interesting item progression, difficult puzzles, a pretty big world, and much more. If you consider yourself a good player, you should consider checking out this hack as it'll teach you some stuff.
Super short charge is necessary.

)
83% in 14:39
Read More
A great hack that is challenging without the need of mindlessly putting spikes anywhere.

I usually prefer easier hacks or at most Z-Factor and Super Zero Mission difficulty (which are difficult in their own way but don't require advanced techs) so my knowledge about advanced techniques was limited. I only knew how to perform IBJ, Mockball and short charging until recently when I played Containment Chamber and Contamination prior to this and learned some more different tricks. This hack even further improved my skills as a player thanks to difficult but fair challenges.

Would have given 5 Orbs but there were a few moments where I absolutely didn't know where to go. Draygon and especially Space Jump were hard to find in particular.
That said, I'm not *that* good at the game so finishing this was very satisfying.
By PHOSPHOTiDYL on Sep 02, 2020 (

)
65% in 6:12
Read More
Damn, that was a good game. Out of game time was probably like 30 hours.
Pretty sure I can nail the water rising spike room now.

)
No completion stats.
Read More
Revisited this after Vitality and it was probably the most satisfying completion of any hack I've played. I usually group hacks into 2 groups; either fun to play or satisfying/rewarding. Rarely does a hack fit into both categories and this one did. Felt even more rewarding than Eris, Mockingbird Station, and Containment Chamber. Between the tight hell runs, the well designed speedball tricks, the ninja midair morphs from both jump and grapple, this game had it all. Every room was a challenge and getting through it slowly, but surely was super rewarding. The art scattered about was amazing too and shows the origins of the Dman brilliance. The first time I played it a long time ago I was an idiot and thought the first e-tank required a double HBJ and ended up putting it on ice. This time around I couldn't put it down. The best thing about this hack is as you go along, you can feel your confidence increasing. By the end you can pretty much speed run through previously completed areas. I even played it through a second time and carried a bluesuit from Draygon all over the place busting through enemies and speedblocks collecting items just for fun. Even kept it through MB and used the spark during the escape as I didn't want the game to end. 10/10. Dman hacks are the best.
By Kremit44 on Dec 03, 2020 (

)
100% in 11:43
Read More
This game is exceptional. I never thought i'd be able to enjoy a game that required such precise knowledge and execution of advanced techniques but the way the game is designed it makes learning and executing these moves fun and rewarding. Many challenge hacks forego the exploration aspect but in this game it's an essential part of the experience. It's a work of art graphically and it's ambitious in telling a story.

I do have some VERY minor criticisms. I think the map should tell you where the exits and entrances lead as it would make navigation better and also make the new names more memorable. The hint for space jump makes no sense (at least to me) and it's too random to find without said hint. The hint is presented in a clever manner but being so cryptic I was compelled to look it up. The exit from the water in the Spazer area was janky. There's some jank on the map in Brinstar after doing a shinespark, going back reveals an unused room from the original game (the mochball early Supers room) and this is a surprisingly unpolished detail for such an impeccable game. The big issue with this is it's confusing on the map making the player think there must be a way to access that area despite there being none. These are incredibly minor complaints and the word jank is perhaps even a bit harsh, this is a very polished game.

If you're good at SM and want to see if you can get great this is an outstanding game to play. I still can't believe I beat it, let alone got 100%, but more surprisingly to me was how much I enjoyed it. I did use save states to help with cutting down the time some stuff took to learn/execute but they aren't essential. This game's difficulty will make it inaccessible to many but for those it's accessible to it really couldn't be a better game. I genuinely think it's one of my favorite games ever and even though all 3 are brilliant it's the one I'd place atop the outstanding Digital Mantra trilogy of Vitality-Eris-Cliffhanger Redux (I'd suggest one play them in that order btw). Thank you very much Digital Mantra and all who may have helped, it's an outstanding game.