Description
Made for a "One Week Hack" contest on Metroid Construction. Hack is a maze and was designed with the player using a pencil and paper to map out their path to advance. 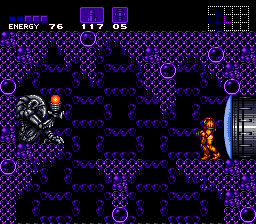 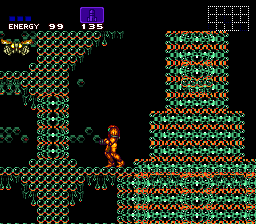 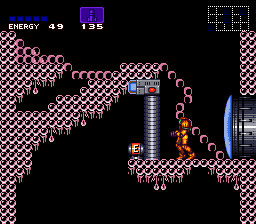 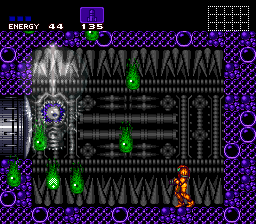 )
No completion stats.
Read More
...At least you tried.

)
No completion stats.
Read More
If it wasn't for the practically hintless Power Bombs, a couple small errors and a complete lack of save stations, I could possibly, in theory, maybe consider thinking about wondering if this deserved 2 stars.

But one it is.

)
No completion stats.
Read More
All I see in these reviews is MAD!

I for one thoroughly enjoyed SLT. It was completely new experience, that was constantly throwing me for a LOOP.

It had some features, that infuriated a lot of players, and I think I'm one of the very few that actually enjoyed it.

)
No completion stats.
Read More
If I didn't rage so easily, I'd give this four stars. I enjoyed pretty much all of Mst's hacks. Guess I like silly hacks.
By Vismund Cygnus on Apr 20, 2015 (

)
83% in 0:59
Read More
Difficult. Disorienting. Ambitious. Unique. I wanted to give this a 3 rating, (and I eventually decided that I would) as I think it requires a much different thought process than the original game and most hacks, and there's something to be said for abandoning that tried and true formula, especially with the brute force in which it's been done here, but I'm pretty certain I wouldn't have completed this hack without help. If you enjoy logic puzzles, and you have a somewhat advanced understanding of Super Metroid, I could imagine it actually being a pretty enjoyable challenge, at least for the first 3/4 of the game. Although I can see the matter of SLT's puzzle difficulty to be subjective to some degree, I think it's fair to say that, overall, it's a very difficult challenge, and is best played with alcohol, a Mensa membership, (unless my dunce cap just slid over my eyes while I was playing), and some positive past encounters with MetroidMST. Definitely not for the casual player. If there's someone out there you don't like who plays SM hacks, you should recommend this to them, unless they might be secretly brilliant at solving puzzles. 5.75/10
By Syphon on Nov 26, 2019 (

)
No completion stats.
Read More
Playing it at night with no light was one hell of an experience, for the better or for the worse.
By Sapphron on Feb 13, 2022 (

Read More
MST hack with a ton of bubbles. This hack is really frustrating and practically requires you to have a good memory or map out many things as you're gonna get lost a lot. Definitely not one of his better hacks.
Finished.
Do not recommend.

note: This is retroactively reviewed, from April 13, 2019