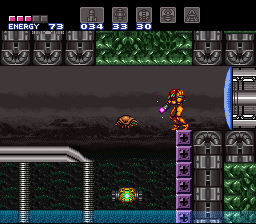 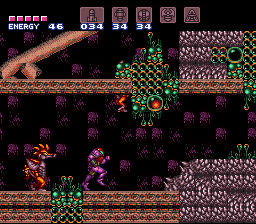 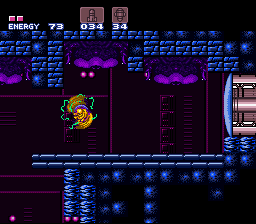 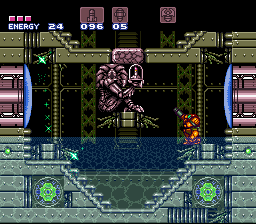 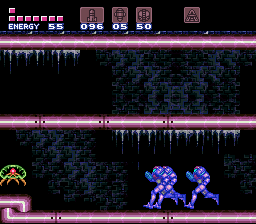 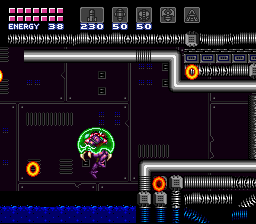 Rating for some hacks may be off by 1 Star, but arguably not more, and ratings are not attempted to be provided within the precision of ''half orbs''.
By Syphon on Oct 26, 2019 (

)
No completion stats.
Read More
Downloaded this hack to play since all the reviews here have been so positive. I was really looking forward to enjoying this, but I was sadly very let down. The hack's difficulty being listed as Vanilla is complete nonsense. This one is extremely hard, far more difficult than vanilla SM.

Saying this as respectfully as I can, it feels like a bad Chinese Fusion hack. Most of the rooms are filled with some combination of spikes, heat, lava, or forced damage from undodgeable enemies when entering new rooms. Most enemies have massively buffed health and do huge amounts of damage. There are no energy tank expansions to be spoken of in the early game at all, at least none that I could find aside from a single reserve tank. Save rooms are very rare. Hellruns through congested heated rooms filled with spikes and dozens of enemies are forced and unskippable. I died at least 50 times while playing this hack over the course of about 2 hours and could not make it through the first couple rooms of upper Norfair on first visit, not even using savestates.

Between the bad tiling errors, the constant traps, unskippable heated rooms and forced damage, I don't see how this is even possible to beat by anyone other than an expert speedrunner. But for more casual players like me, it is nothing but tedious, cruel, and unenjoyable.

)
No completion stats.
Read More
This hack isn't that hard, it's just stupid.
I had more fun fixing this than playing but eh, at least, it looks better than Mission Rescue, right?
By Kremit44 on Aug 01, 2021 (

)
92% in 2:53
Read More
It's not bad but it's certainly not great. Some real jank is present throughout the hack and areas are fairly unimaginative with many being very similar in layout to vanilla. It's ugly in some areas and interesting in others. Get the secret pre Draygon before going into fight him as it's inaccessible after, I thought I'd get Space Jump to make it less of a pain with the sand pit and ended up SOL. It's not bad though, thanks to the author and those who helped it was decent enough to be worth a play but it's not something I'd consider even a top 50 hack or anything.
By KPF on Feb 25, 2022 (

)
No completion stats.
Read More
Change of mind. I do like this newer version better than the last. This one is ACTUALLY fun to play.
Good job. Let's see some more like this.
By Cosmic on May 03, 2022 (

)
No completion stats.
Read More
This is just slightly better than exercise, but the highly janky and hacky tilework ensures this gets only 1/5. There's no motivation to explore such an unrealistic janky world.
By Zhs2 on Sep 22, 2022 (

)
88% in 2:38
Read More
Don't let that Zincoshine rain cloud put you off, there is one absolutely amazing reason that you should play this hack (version 2.2, provided by the person(s) who fixed up its issues here on Metconst I'm sure): the edits to the music make it sound like it came straight out of Super Metroid: The Movie: The Game: The Official Soundtrack. I've had these songs on my iPod for weeks now.

Okay, but seriously, this is a not-bad hack for which the music is bad in some places (looking at you Awake Crateria and Lower Norfair), great in others (I wish more hacks made a simple tweak like the major sample for the Wrecked Ship, it sounded so badass). It wasn't hard to navigate, but the level design suffers greatly from one simple failing: no interconnectivity. The only ways to get into each area are the required elevators, and woe be to the one who needs to backtrack through the whole hack to get any items they missed. It's not like the main path is annoying or filled with spikes, and the hack is semi-mini so it's not a great issue, but quite literally the only shortcut is the one door that unlocks after Crocomire is defeated, and your path to power bombs is only longer backtracking if you did not grab them right after collecting super missiles (which I'm sure most players wouldn't do.) I also didn't find ice beam anywhere, which necessitates the player knowing that they should be killing Metroids with power bombs. Not that there was more than two rooms of Metroids, but still... Overall I call this worth a playthrough. Seriously, the music edits are worth at least one listen. Just imagine the credits music being conducted by an orchestra...