Description
Just something small that I created as kind of a test hack, to help me decide if I'm willing to commit to a larger project. In the end, a few cool things came out of it, so I decided it's worth sharing.

This is a challenge hack. If that isn't your cup of tea, you might want to pass on this one.

If you are curious about the name of the hack, I used a random word generator and took the first two letters from the first four words it gave me. 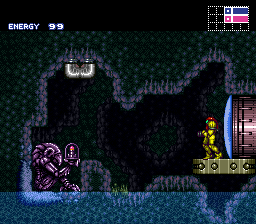 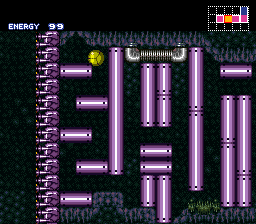 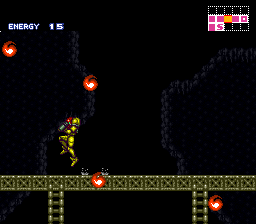 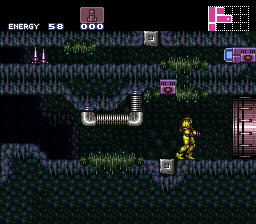 )
4% in 0:13
Read More
This hack is really awesome. A small challenge hack that tests your reflexes and precision.
The boss in particular was really cool but I felt it having 6 phases you have to beat was a bit too much. They were nicely done though.

No advanced techniques are required.

)
4% in 0:17
Read More
The challenges in the hack are great, but the boss fight is what pushed me to give this 5 orbs.
It's very well made and provides a challenge like no other.
By Digital_Mantra on May 22, 2020 (

Rating for some hacks may be off by 1 Star, but arguably not more, and ratings are not attempted to be provided within the precision of ''half orbs''.
By Sapphron on Jul 01, 2020 (

Long review: I was really impressed with the ASM in this hack. There clearly was care in how it was utilized and executed. The hack is a little on the tougher side, with some rooms being really difficult. The boss really made the hack overall, even if it was a bit grindy. Worth playing for the ASM alone.