Description
So why faster? Because you should.
Just like its predecessor, this is a speedrun/race hack but much more ambitious.

Rules:
Defeat 5 main bosses in 5 distinct areas then head to the final boss as fast as possible.
Each area can be completed in one run and in any order (no need to go back and forth between areas to progress).
Once the main boss is defeated, you must rush to the next area.
You don't have any time to spare as you usually do in most exploration oriented hacks as you instantly die when the timer reaches zero.
If you exit an area before beating the main boss, you're doing it wrong.

Advices:
In case you're confused, look at the map - all area maps are available from the start.
The game is designed for veterans in mind and a few techniques may be required depending on your current equipment (mid-air morphing, crouch jumping, double bomb jumping, etc.) - nothing on TAS level rest assured.
Areas feature varying degree of difficulty, if you keep dying or make slow progress, maybe start over with another area first - some areas are brutal when underequipped.
There is a good chance that it will take you a few tries before completing the game under the time limit.
From the knowledge you gathered from your runs, try different routes and find the fastest one overall.

THIS HACK IS NOT EASY : PLAY AT YOUR OWN RISK! 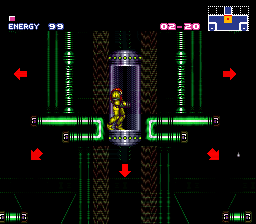 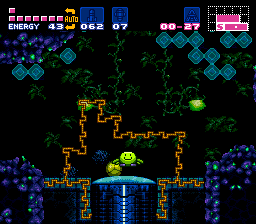 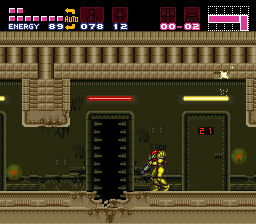 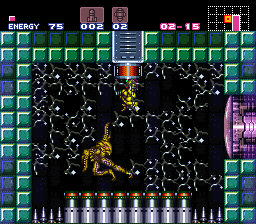 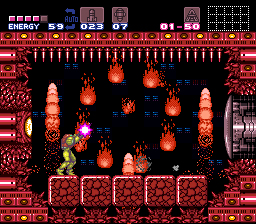 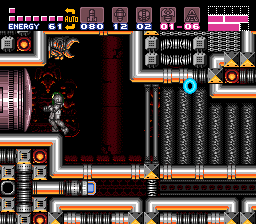 Definitely not an easy hack but I beat it on the second attempt.
Lots of references and memes which were funny.

)
61% in 0:02
Read More
I will start this off by saying I definitely recommend this hack. The timer may seem long, being over double the original Y-Faster, but it will likely push you a little your first time through. All the usual silly Y-Faster mischief is back, and a lot more has been added on and expanded upon.

One of the things that made me enjoy this so much also happens to be a solid reason others may not get nearly as much enjoyment out of it. The hack is based largely on the premise you are familiar with the five other hacks it samples, along with the original Y-Faster. Being someone who has played a lot of hacks, I have played all the hacks in question, which means I had a good understanding of what Meta was going for in the areas. Some who may not have played the original works may have a much different experience wondering why things are designed the way they are.

So players who have played a large sample of hacks before this will likely have a much better reaction to it. It's still a very nice hack that is full of a lot of secrets that can give the player plenty of replayability.
By RT-55J on Apr 13, 2020 (

This is basically Y-Faster, except bigger, longer, and a fair bit more difficult. (How much one likes those qualities depends on the person, but that's just what the hack is.)

Recommended, but only on the condition that you are already fairly literate when it comes to Super Metroid hacks.
By Sapphron on Apr 13, 2020 (

)
101% in 2:00
Read More
Oh my god...one of the best hacks to exist so far. Takes a few pretty good hacks (and one special one, in particular)and puts mini versions of each of them in each given area. It works out perfectly. I won't spoil which areas are which, because that takes the fun out of it.
I beat this on my second try, first one was full of exploring and getting lost in the world which I really liked. Timer was surprisingly tight, but I did go for hundo to be fair. Thanks to Meta for helping out with the last few items in chat.
The whole experience felt somewhat surreal because I'd already played these hacks before (4 of the 5 base ones)and it was just done so well. Lots of ASM hacks that made the environments fit in a few areas and the physics of original Y-Faster too.
No softlocks, one hardlock in the special area I mentioned so don't go grappling red pirates like a dunce.
Honestly, you won't get nearly as much enjoyment out of this hack as you would if you'd played most of the hacks that are present.
Finished.
Recommend.
By OneOf99 on Apr 13, 2020 (

)
47% in 1:37
Read More
Completion time is obviously final IGT and not actual, since this does not account for the many deaths that happened in this bizarre hack.

I think as someone who has only played Redesign out of the 5 hacks mimicked here, I feel that the overall joke is kinda lost on me since I don't get as much of a callback as I would have liked. That being said, I think for what the hack set out to do it did it right. My order of areas was YPR -> Yce Metal -> Hospytal -> Redesygn -> Chrystner Homenag. I was a bit disappointed that as a sequel to Y-Faster, this hack didn't have new areas to explore and rather was recycled bad content that, although admittedly being made fun of, did not conduce to good gameplay in many areas (I'm looking at you redesign physics).

The general idea behind the bosses was good though, and I have to say that despite usually needing savestates to beat super metroid hacks (I suck at hard SM) I didn't really feel the need to savestate here. The difficulty was fair all throughout, granted I did initially visit redesygn and decide consciously that it was definitely too hard for me at the start.

The end of the game was a mixed bag for me as well. The quiz was very funny (Karid-X confirmed???) but it didn't help someone like me who didn't play most of those original hacks. The escape left something to be desired, it was a good "callback" but I expected more from the grand finale of a hack like this.

Overall I did like it, but it was just as annoying as I expected when I figured out the theme. I like the natural exploration and design of the original Y-Faster more, and I likely won't be returning to this hack anytime in the near future. But it was fun (~ish) while it lasted.
By hayen on Apr 17, 2020 (

)
72% in 3:50
Read More
Very good hack but the time limit almost ruined it for me. Dying instantly is a harsh punishment for taking time to explore the map (a worse ending would be better imo), but it's fine if you run out of time - it's based on the game's IGT so if you want to keep playing, you just need to reset the time to 0 in RAM.

Aside from the time limit, each area was well-made. My favorite was the Homenag red Crateria; it seems like a lot of effort went into making it look buggy and broken even though it's not. The elevator is a good touch. The palette changes for Homenag and the physics changes for Redesign sold it for me; it was crazy.

Another thing I think could be better about the hack would be making each area self-contained. They are for the most part, but finding Varia to complete the Redesign area was weird since it was required* but it was in another area, meaning to complete it visiting each area only once, you'd have to do them in a specific order, even though you can access all of them from the beginning.

On the assumption that each area could be beaten without items from other area, I had a pretty frustrating time with Redesign, but was barely able to do it without Varia after collecting every energy tank I could find.

The rest of the hack was a ton of fun. Did things differently from how you'd expect and had a lot of interesting surprises. 8/10!
By metasamus on May 19, 2020 (

Read More
Lots of fun. Full of references to other hacks (for better or worse); if you haven't played the originals, it's probably less entertaining and more frustrating.

I died in the escape on my first attempt here too, just like with Y-Faster 1, although to the escape timer this time around rather than the global timer. The global timer was never a problem for me, although I expected it to be considering I wasn't playing particularly fast in many of the sections.
By DramaticMarquinh0svi on Dec 14, 2020 (

)
No completion stats.
Read More
I,did not like the hack,too many trolls,60 damage spikes,super lava at the first area,etc,i don't recommend.I gave up on the third area because it is full of water and i had no gravity suit,so this is one of the most annoying hacks i played,i thought it would be even better than first,but it ended with me raging so much i gave up because of the water section. I want improvements made to the hack and nerfs to the damages,because they are way too ridiculous. 2 out of 5. Also that troll in the elevador in Homenag was the worst thing at the hack,i thought i broke the hack and i had to do it all over again,stay away from it if you're never played any of the hacks in the hack.
By Fercho on Apr 26, 2021 (

)
58% in 1:48
Read More
Good hack, midly frusterating at times tho. Beat Spo-Spo without Varia and instead used Gravity cuz I simply didn't go to the right side on that third level, bummer. Also, screw that method to obtain Plasma lol. Had to look up a guide to complete it.
By KPF on Feb 27, 2022 (

)
No completion stats.
Read More
FUK THIS SHIT!!! STUPID TIMER FORCING ME 2 GO FAST. I ONLY PLAY BORING VANILLA+ HACKS WHY ARN'T THOU MAKIMG HACKS THAT DO NOT SUCK. SRIOUSLY YOU NEED TO QUIT MAKIMG HACK LIKE THIS, GO BACK HOME AND BE A FAMILY MAN!!!
By albert v. on Mar 10, 2022 (

)
86% in 4:13
Read More
Very well made hack, I really enjoyed it, Metaquarius knows how to make impressive stuff, like changing sounds fx or making good custom music Ports.
By therealsusan on Oct 24, 2022 (

)
No completion stats.
Read More
If I hadn't played the 1&3 first I would've bailed after about 20 minutes max. In the others I never truly felt stuck whereas this one I couldn't complete a single section... Got supers and grapple before seemingly getting stuck trying to exit the fire area (without clearing it)

Feels like this hack was designed to be absolutely annoying as possible while giving relatively quick recovery to make up for it.

Ignoring any external factors, this would be a 2 orb, maybe even a 1. Giving it 3 because I think it's deliberately mocking shitty (and hideous) hacks