Description
This hack is an entire heatrun but with fairly spaced healing stations!
I changed a lot of stuff to balance the game as best as I could.

It should be easy for veterans and slightly challenging for begginers/vanilla players.

I forgot to give Credit to:
OneOf99 for the palletes
All the beta testers
And magconst for helping me with all the problems this hack had!
:) 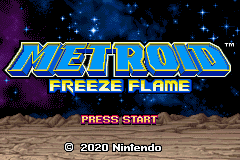 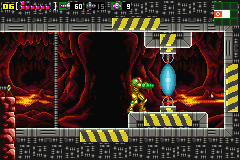 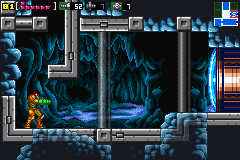 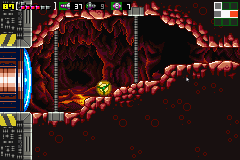 )
100% in 0:19
Read More
Fun little hack, I like how consistent that hot and cool areas were. I wish the hack was a little longer, but perhaps then it wouldn't be as fun. The exploration in the last area was a bit short but was still fun to see how things changed between the two temperatures. Some of the items are hidden quite well and there are a lot of good places to backtrack with new abilities. The title screen and end sequence are quite underwhelming, but not enough to lower this hack's rating for me.
By kkzero on Feb 27, 2020 (

)
92% in 0:30
Read More
Really enjoyed it! The heatrun aspect was not a detriment--it kept me scrambling to find the way, and the level design accommodated for that very well. Also, I always wanted to see the "mirror-worlds" concept in a hack, so I enjoyed that too.
The only shortcomings are at the very end, being changed from vanilla not too much. Perhaps the next update will make it more aesthetically in-tune with the rest of the hack?
Recommended to any ZM hack player.

)
No completion stats.
Read More
I really liked the hack a lot! The gimmick of switching between an ice and fire world is really creative, and the heat run aspect gives it a sense of urgency, and it doesn’t make the hack too difficult in any way. I also like the final area but I wish it was more expanded and I also wish more bosses were implemented in the hack. Aside from that though I recommend this hack a lot and I cannot wait for any updates to this hack or any future hacks connor makes.
By Sapphron on Feb 29, 2020 (

)
37% in 0:31
Read More
As alexman95 said, this is a perfect Metroid: Zero Mission 2: Echoes. A well measured rhythm on a great designed map make of this hack something truly original and enjoyable at the same time. Being no more than a veteran player, this has the perfect difficulty balance.
By RT-55J on Jun 17, 2020 (

)
95% in 0:30
Read More
Really good, modestly-scoped gimmick hack. You might die a couple times when exploring, and a certain boss is quite challenging for what it is, but otherwise this isn't too hard (imo).

)
100% in 0:46
Read More
For what it does, it's a very solid hack. The tightness of the corridors coupled with the rocky terrain made me feel a bit more like I was playing a Metroid Fusion hack than a Zero Mission Hack (I like Fusion a lot).

The timing pressure put on the player at the start of the game was the most challenging segment by far. It felt frustrating trying to speedrun everything when I wanted to take my time and explore. Luckily, health pickups have been massively buffed in their energy giveback stats so you can easily heal to max from just a few big health drops.

Items were well-placed and not too hard to find, though the morph ball segments behind hidden walls was quite frustrating to navigate. I'd often die inside a wall not being able to see which way to go, and having to back out to stand over the inspection block to peek inside felt like a bit of a chore. However, I applaud the use of such neat game mechanics - that wasn't really an idea Zero Mission ever tried using much in such a fashion.

The use of bomb jumping to overcome some obstacles and continue navigating was well-executed. Zero Mission didn't really ever use that as an essential mechanic at any point, but it is essential for some parts on this hack and it works quite well. Good work there!

I was left puzzled as to where the Kraid boss fight was. I was looking forward to seeing how that would be implemented in the hack but I sadly never encountered that fight.

The one thing that did really confuse me more than anything was the lack of map markers indicating where the portals between the heated and frozen versions of the world were. I had to rely on memory to figure out where they were. Would be nice if they had some way of being marked on the map other than just as empty ordinary rooms.

Regardless, these are just small nitpicks of mine, and overall I had a pretty fun time playing this. The ending though feels very rushed and I wish there was opportunity to enjoy an actual escape sequence, but it was still not too big a deal.

Finished. Would recommend.
By DramaticMarquinh0svi on Feb 10, 2021 (

)
100% in 0:30
Read More
This rom hack is very good,it has that suitless heat runs,but thats the challenge of the rom hack,it's unique,even tho it's short (Like most Zero Mission rom hacks),it's still fun,the bosses are too easy,the ending is also too easy,because you have Varia Suit,so you don't get damaged by the temperatures,but i still liked the rom hack. Playing the sequel right now. But well 4.6/5 (Rounded to 5 orbs)
By shaktool7 on Jul 15, 2021 (

)
100% in 0:46
Read More
Pretty creative take on the heat run hack idea. It's not as annoying as you think, though you will die if you do not absolutely do the intended thing at the intended time sometimes (a consequence of the concept I'm sure.) While not more special than just what I described, it was put together in a way that feels good to intuit and explore, and finding 100% is pretty easy. Good for a playthrough.
By RX-78-2 on Dec 28, 2022 (

)
100% in 0:44
Read More
I don't really like short/quick play hacks that much because I prefer long hacks but this hack and its sequel are an exception.. I liked the ice & fire worlds and how they both represent extreme heat (fire world) and extreme cold (ice world) and the reason why I liked them is mainly because in most Metroid hacks, there's usually only have either extreme heat (large majority of Metroid games) or extreme cold (Metroid Fusion only, I think) but never both at the same time and I'm glad the creator added both into this hack making it an entire heatrun/coldrun until you acquire Varia


I do have a few issues with the hack and it's mainly directed towards the warps/portals and the issue is where the portal teleports you to. I say that because I know that fire world portals send you to the ice world and vice versa but the exact portal it sends you to seems to be random and that's an issue for me as there's no indication that tells you which portal leads where but that's my only issue, even if it is a minor one


But other than that, this is a phenomenal short MZM hack and I like it.. really looking forward to more hacks like this in the future since I'm a fan of heatruns and hacks that have it (with the exception of Cliffhanger because of how tight it is for me in that hack). apart from all that, this is a hack I'd most definitely recommend if you like heatruns or even short hacks like this