Description
Well, few days ago, ing-ing and Concon were hanging out, and Con found one of the worst rated hacks on the site, made by inter.
The worst thing about it was that it wasn't even true! He used like three rooms, ing would stick to the abitary limit much better, and he did!
It's fully playable and the end percent is even scaled!

After a wild x-mas, Samus wakes up in the middle of small planetoid called Asteron.
She has to avoid ing-ing's Reo army that will surely keep her from enjoying the new years fireworks.

Special Thanks: Conner for playing inter's bad hack, which gave me the idea, and as well for playtesting, which allowed 2.0 to exist.
Biospark for making all the asm, as far as I know. If Glitch did anything, it's his problem for not making his credit easier to find.

Protip: You can only win in the easy difficulty, don't choose impossible by accident,
as the space pirate will be spending holidays with its family, and Samus will be stuck on Asteron. 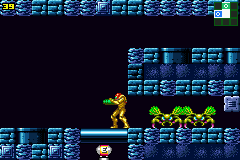 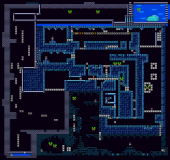 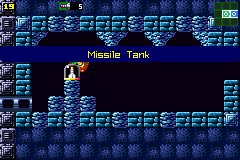 )
90% in 0:11
Read More
Pretty challenging, short and sweet hack.
Would recommend to everyone that has some time to spare.

But one should keep in mind that because its one room a death resets E V E R Y T H I N G.
(which is the only reason for only 4 orbs)

Small but fun hack, Rios are fun to fight and not just annoying. Would be fun to speedrun.
By Syphon on Dec 28, 2019 (

)
95% in 0:10
Read More
This is an alright hack but if you take a few too many hits you will die and lose all your progress and that space pirate at the end could mess it all up but other then that its a cool concept that i enjoyed i recommend playing this hack.
By DramaticMarquinh0svi on Nov 06, 2020 (

)
45% in 0:10
Read More
Pretty neat hack given the constraint it was made against, it was tricky in the beginning, expectedly so since it's Ing-Ing, but those Reos won't be laughing at you for long.
By LetsPlayNintendoITA on Jun 20, 2022 (

Read More
a quick quirky hack that requires only single wall-wall jumps to complete and some quick thinking.
have many etanks to sustain you through the journey, not really that hard.
nice job!