Description
Taking place after her adventures in metroid one, samus is tracking Ridley and the other space pirates that have survived. She follows a space pirate Colony ship to planet ASCII in the hopes of ending the space pirate threat once and for all. What she finds on this planet however, is not what she expected.

Things to know!
-you start with charge beam, morph and bombs.
-this is version 0.32, I'm currently on v.70 or so. As such, there may be a few bugs still in that version, and it has a lot of expansion still on the way.
-No major techniques required, only walljump once or twise

Items:
uh, a bunch [have fun with that] 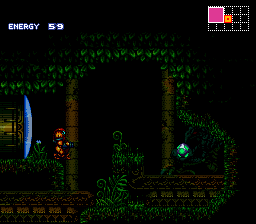 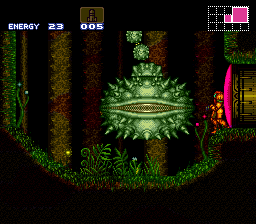 )
No completion stats.
Read More
Really pretty and no major flaws besides being too short :P
By Vismund Cygnus on Apr 20, 2015 (

)
36% in 1:25
Read More
I total LOVE how you created Subaqueous! Its color palate and overall design reminds me of Atlantis. I love everything about except for the Boss, which was too hard to beat, because you don't have enough health and gear to take him easily. You have to go at him a DOZEN times before you finally beat him.

Overall, the set and style of the game is good. I would love to see an expansion of this game and the Subaqueous level in a future hack.
By albert v. on Aug 22, 2018 (

)
35% in 1:05
Read More
Beat Phantoon. It's great looking but it's also very short. It's one of the better short hacks out there but it's far from perfect. I was using BSNES and had the game crash 3 times, once saving in the ship, once at spore spawn, and another time traversing the world. It lacks some polish in places with some awkward/missing tiles but it's a rare issue. The beam doors are cool but it's inconvenient to swap beams. It's a nice hack and shows the author has great potential if they ever decide to make a bigger hack.
By caauyjdp on Dec 18, 2020 (

The atmosphere & graphics are very well, but, you can't save in Save Stations, if you save in the ship the game will crash, it has some tileset glitches & doesn't combine the beams, change between them is a problem, it has some wrong enemy placements, the map screen is a trash & lose your progress... in general is too short... this hack has potential, but for now is incomplete & not worth it
By therealsusan on May 18, 2021 (

Saving at the ship crashes the game, can reset and it'll work fine except it resets your map.

The first unmapped save station would've been a stroke of genius had the other save stations worked.

Seems to have been made to showcase the beam door feature, but ultimately the hack was too short to really do it justice.

Might open it back up and see if I can find some more hidden stuff. *Edit: found 3 more e-tanks and spring ball, completion 1:06 33%> lot of grayed out doors still*
By LetsPlayNintendoITA on Jul 15, 2021 (

Read More
Ok. the looks of the hack was very good.
Lack of working saves was fine as we've savestates and all.
The Draygon fight was very interesting and hard.
Ridley I was afraid of getting stuck in the wall, interestingly the creator thought of it and got some crumble blocks to unstuck me, but then after the escape sequence started... without me defeating Phantoon and getting the last item, so had to break the tension by going to Phantoon, getting back, and escaping in the tranquil music lol
Wasn't a bad hack at all. Very nice ideas. The springball incorporating a fastball was cool. Beam Doors was nice, but would also need a quick button for quick switch imho.
But some issues like saves and all doesn't allow me for 5 stars. BUT very enjoyed it.
Completition % is basicly 100%. It wasn't changed for the items that are in the hack.
I've to add one thing. I see this being more "Nature" than SM Nature. Had so much plants and such LOL
By OmegaMalkior on Aug 31, 2021 (

)
34% in 1:13
Read More
This game is short and sweet. So many plants and flowers, I love that. Beam Doors are fine. I want to play a bigger version of this game with all the ideas and nice graphics.
By Sapphron on Feb 13, 2022 (

)
No completion stats.
Read More
Saving at the ship causes you to fall OOB for some reason, but reloading fixes it. Just in case anyone has an issue with that. (unfortunately wipes the map though :/)
The lush scenery is super well done and the hack isn't too long, beam doors can be a little annoying with needing to change. I believe you can do the VAR beam glitch to get both activated at the same time to open doors if you'd like. A good short romp with some beautiful rooms.
Finished.
Recommend.