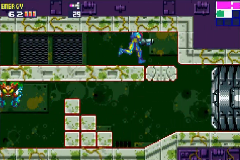 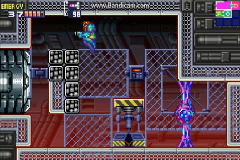 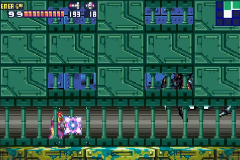 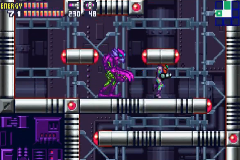 )
No completion stats.
Read More
Just another retile of the rooms and nothing else. All it does it add unnecessary tedium to an otherwise normal Fusion. As such, I chose not to complete it. At the very least it seemed to be very functional, and it wasn't nearly as crazy with the masochism aspect as other Chinese halfhacks tend to be.
By Sapphron on Mar 01, 2020 (

)
51% in 2:49
Read More
Was actually a pretty good halfhack. Didn't switch around room locations which I like, because hacks that have done that are historically bad. Added a new feel of exploration to Vanilla. I liked it overall. Item locations have been changed and they're now harder to find. But not stupid hard. Sometimes they're above crumbles and hardly ever in the spots you expect them to be. Finding them all becomes extremely easy once power bombs are gotten, but what do you expect really?
Finished.
Recommend.

)
33% in 3:28
Read More
I was gonna time this for RTA, but I ended up getting stuck on a few parts of this hack, and ended up using savestates, not even bothering with the RTA anymore, so the time is based on IGT for the sake of completion states. I also ended up having to use MAGE to see some solutions to some rooms. Which, yeah, kind of ruins some point in a blind run, so that's just an issue with me not collecting enough items to the point of being able to trial and error some puzzles.

On with the actual hack itself, I enjoyed playing it. Sure, due to me going in blind and expecting item locations to stay, which obviously wouldn't, I had to deal with more deaths due to me not getting enough E-Tanks, but I managed to pick up some around the end of the game out of safety. Power Bombs makes finding them easy, just sometimes getting to them isn't as obvious. There's also one Missile Tank in Sector 1 that I just don't know how to get to, even with PBs. Given that it's just retiled rooms, I enjoyed seeing the changes in some sectors, while irked by some others. (i.e. Power Core Area when going to Yakuza has a maze for some darn reason, Sector 4 requires using speed booster to get to the elevator to the Main Deck.) Some bosses also gave me trouble from time to time, but the last few bosses at the end didn't prove to be troubling with their new room layouts.

Overall, probably one of the only good few Chinese hacks that doesn't go too crazy with tricks or room designs while still keeping to the vanilla map of Fusion.

)
No completion stats.
Read More
It looks like a great demo hack proving that resources and AI can be copied or rebuilt from the original GBA and brought onto the SNES cartridge and includes level editing.
In many ways it is not nearly as good as "Metroid X-Fusion" being developed by Metaquarius.
https://www.youtube.com/playlist?list=PLZS_o9tqWHmJHGmuQRRkfiqhgZIApfLXM