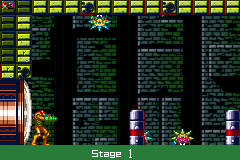 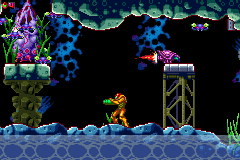 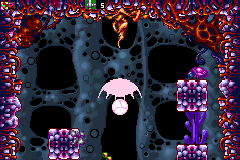 )
171% in 0:26
Read More
This is a very solid hack. Game-play was fair, simple, and well thought out. I didn't feel cheated when I died and used each death to gain understanding of what to do next. Some level design choices are off, but are simply rookie mistakes. Solid short hack. Recommend.
By SN_Ivan on Nov 04, 2019 (

)
% in 0:30
Read More
Simple, original and very solid. Very Good gameplay and it didn't feel unfair at any point of the hack. The HP thing i speacially liked.

)
% in 0:40
Read More
Solid hack idea, and fun to play. What more could you want, really? The secrets were fun to find, and subsequent playthroughs were just as fun as the first. Mecha Ridley looks amazing.

)
171% in 0:24
Read More
Ability to skip bosses was very cool.
Boss fights were unique, only noticed a single tiling error. Lava dealing lots of damage was not fun, however.
Secrets were fun to find.
Played on Hard, was a pretty good challenge. Died 9 times.
Definitely recommend!
Can't wait to see what else Multi makes, he has lots of potential.
By Contendo on Mar 05, 2020 (

If you want a challenge, this is the hack for you!
Also the replayability is pretty high because of the different modes and the hidden item :p

I liked how some bosses were simple enemys but with a twist!

The only negative thing I can think about is the tiling which is a bit wonky at some points.

)
No completion stats.
Read More
metroid as a run & gun platformer? Sounds like a fun break from metroidvanias! Everything was going well until I ran into an unpassable section in norfair. I can't see any possible way, maybe there is some glitch I am supposed to use? Sadly, because of this problem, I can't recommend this. Still, it's a very cool idea.