Description
Here is a full hack which changes the map layout for the whole game. Not much is documented due to Japanese origin. 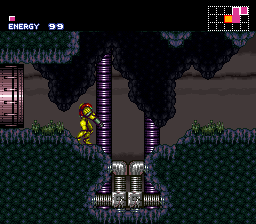 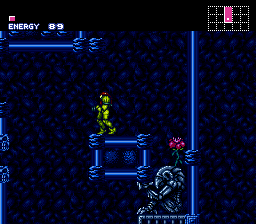 I enjoyed this hack a lot. The author made a full hack with a new layout this time and compared to his other hack Norfair and Maridia don't have annoying parts. These areas were pretty great this time.

Sequence breaking is also possible. Searching for Grapple ended up with me getting Space Jump early which was very nice.

The warp station gimmick while not used often was neat.

)
52% in 3:06
Read More
Nice play! Just the bosses are really difficult to get through.
I didn't find wave beam or grapple beam either.

If you get to the two fighter piratez in norfair without space jump, it's nearly a permastuck.

)
No completion stats.
Read More
The map screen has a glitch where it loses your previous trail & is annoying, also it's boring, tedious & insipid... same as Super Metroid: Kill Time, not worth it!
By Kremit44 on Aug 11, 2021 (

)
77% in 4:09
Read More
I hummed between a 3 and a 4 but settled on a 3. I think this hack has done a good job rearranging the vanilla game and modifying most rooms beyond recognition so despite not being overly ambitious it is a new experience. Beyond the lack of ambition I think it has a couple gameplay issues holding it back and thus the 3. The biggest is progress is often a pain to find and a lot of suitless trips through Maridia and Norfair will likely be had trying to find it. Hell runs are a big part of this hack. It's very open in terms of allowing you to explore but the map lacks connection points between many areas and thus you'll find yourself travelling from one side of Crateria to the next too often after a fruitless search in one of the games areas. Despite it's openness leaving the player with hope for places to keep looking often actual progress is too well hidden leading to tedious searches compounding the obvious issues of playing suitless in heat and water. In saying that it was mostly a fun challenge and it did the suitless stuff rather well apart from the aimlessness of it all. Because of the large expectation of suitless travel and the difficulty finding the next path I'd recommend this to experts only but it certainly has it's merits. Thanks to the author for a solid hack.