Description
You play as Bessie, bio-engineered weapon under the employ of the Ax, a powerful alien species that has been monitoring Earth for hundreds, if not thousands of years. They maintain their secrecy by destroying any evidence of their presence. That's where you come in.

It is your mission to travel into the Bloom Lake Research Facility and erase the data being stored in the central server. Unfortunately, this server is inaccessible without the two passcodes, each protected by powerful defense robots kept elsewhere in the facility.

Explore the BLRF in search of weapons and equipment while avoiding dangerous robots and hazards, track down the two passcodes, and find your way through the security systems to destroy the main computer.
The main idea for OTM was to take the traditional Metroid format and remove all the boring parts: Long corridors and repetitive climbing, grinding for health, getting lost and having to backtrack, and the end result is, what I hope, a much more streamlined and concise Metroid experience.

The game is fairly open-ended, with the player’s choice of which areas to visit in which order, and new things to do depending on the kind of equipment the player chooses to use and in what order they are picked up.

This was my first attempt at a serious major romhack, but I think it's very polished and well designed. I've been working on it pretty much nonstop for the last 6 weeks, and I'm happy to finally see it come to fruition. Your feedback is appreciated!

More information including new item and enemy names can be found on my website http://www.testzero.net/p/games.html 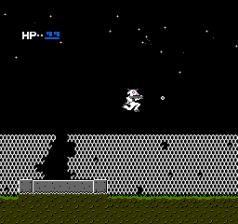 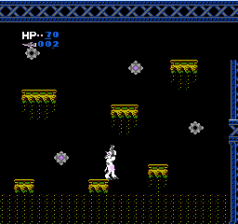 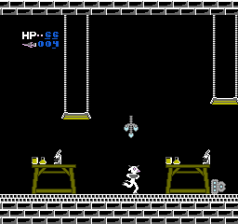 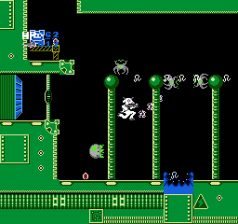 )
% in 0:03
Read More
Time is based off my stream length. This is a pretty neat hack. The graphic design is very well done. General level design is pretty good as well. There isn't too much to say other than it was pretty rough in the beginning because I needed to explore better. I made pretty steady progress afterwards though. My biggest gripe is the final area. I flat out did not enjoy it. The gimmick with the zebitites was pretty neat, but the maze-like structure overstayed it's welcome to me. I spent way too long trying to figure out how to get the last zebitite in particular. However, I will say that can attributed to me being bad. My biggest problem with it however, is the stupid amount of rinkas and the unfixed drops. The rinkas would often spawn on top of me before I knew they were there, hit me in doors, and combo me for 2 to 3 etanks at a time in very particular spots. The lack of a refill system or fixed drops is also REALLY annoying. Running out of ammo is punished with having to go all the way back to a refill bug in order to farm properly. I feel as these two things made me almost dislike the hack. They certainly made me despise the final area. Otherwise, it's pretty solid. Good work.
By alexman25 on Feb 01, 2019 (

)
No completion stats.
Read More
It's pretty good, with a unique aesthetic. I really enjoyed it! It's biggest strength is how open-ended it is.
By MetroidMst on Feb 02, 2019 (

)
No completion stats.
Read More
So this hack does not get enough credit or attention for being a really, really well made NEStroid hack. With some very nice markers throughout the main world of the game making it very easy to navigate and remember where you have been, a lot of people's complaints about NEStroid get fried right at the start.

Now, the author did try to making farming quicker for Energy, which is nice. But Missile drops weren't increased, and the the Missile tanks themselves only give 3 Missiles, which is a really big issue later on. That is the only real complaint I have about the hack overall though. (It's a pretty big one though)

I definitely do recommend playing this. It's well made and fun, and doesn't get you hopelessly lost. The final area and Missile grind is a big downside, but even then you get to experience the rest of the hack before that becomes a real issue.

The world design of this is nice, compact, dense, and rather well-considered. After the starting hump it becomes rather open-ended, and rewards memory and observant-ness. I highly recommend mapping this by hand, making note of obstacles as you go.

The early game when you're low on missiles can be a bit too much. Also I give you permission to quit once you reach Tourian if it gives you trouble (the rinkas are also a bit much). Other than that, this is a pretty swell experience.
By SpookerK on Nov 23, 2021 (

)
No completion stats.
Read More
This is up there with Rogue Dawn, definitely one of the best M1 hacks. Mother Brain room was balls though.
By Kremit44 on Jun 18, 2022 (

)
100% in 2:30
Read More
Really great and creative hack with excellent graphics. Exploration is pretty solid, although a little heavy handed on the backtracking IMO, but the worlds are sensibly connected so it's not much of a criticism to be honest given this is a Metroidvania. The graphics in each were very distinct so it made the lack of a map a non factor as each area was purposeful and memorable by look and design. Tourian was questionable, neat idea but tedious at times overall it was unique enough for me to enjoy it. The final boss wasn't great though. 2 Metroids and at least a small platform may have been a better way to go for that final fight. It almost dropped my score to a 4. I'd put it behind Rogue Dawn and Incursion but not by a ton and i'd say this is the nicest looking of the 3. My stats are approximate. I don't know how many collectibles there is but with 84 Missiles from 21 expansions of 4 I think I may have got them all as there are 21 expansions of 5 in NEStroid but idk. I did get everything else and a ton of etanks, far mare than I can carry so I'm going with 100%. Thanks for the great hack.
By Zincoshine on Jul 26, 2022 (

)
No completion stats.
Read More
As a NEStroid hack, this is ok. As a standalone metroidvania however this is just absolutely awful. While this isn't the first metroidvania without a map that I've played, it is unfortunately one that really needs a map thanks to the poor graphics and level layouts giving no indication of where you might want to go and avoid getting completely lost. The graphics themselves are pretty poor, even in comparison to the original. This is also severely overrated on metroidconstruct, it does not make sense to see this having a similar score to things like hotlands and B2-TW, it's nowhere near as good as those two (although hotlands didn't score that well because of glitch-gating at the end and an absurd and frustrating difficulty at the end). This is only highly rated because its good compared to nestroid, but nestroid is itself awful and has been replaced by metroid zero mission since 2004.