Description
SM:Decision
Exploration hack that forces you to make decisions thru out the game.
This is a small full hack of Super Metroid about one third to one half the size of vanilla.
As you travel thru Zebes slaying Mother Brains Minions you will be forced to make a few decisions.
Each one will determine how you play the game.
No matter your decision the game is still 100% beatable
52 Total obtainable items. ending percent scaled to 100%
Max% is 100
No tricks are needed to beat the game other than 1 shortcharge (not a hard one)
Good luck and have fun! 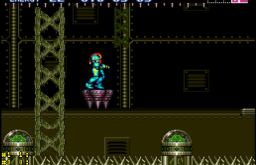 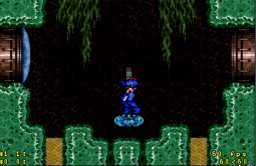 )
52% in 2:54
Read More
Betatester of the hack. It was a really enjoyable playthrough, with cool rooms.
The decision part is fun, because that means that you could do the game again, and have another fully new enjoyable playthrough just by picking up another item.
I recommend this hack to everyone, because there's no difficult part / hard tricks :)
Open the eyes and find the easter eggs ;)

)
90% in 1:35
Read More
Just finished this hack.
I really loved the idea to decide between several items to continue different ways to beat the game.

Difficultywise, everyone who can beat the vanilla game can complete this hack, you don't need hard tricks to finish.

Very natural roomdesign in most of the rooms, no "who-the-hell-would-find-that-out"-rooms.

I really would've liked to see more rooms that you can only beat with the item you chose, that fell a little short imho, but still a very solid and fun to play hack.

Seeing a decimal in the percentage made me smile :D

)
No completion stats.
Read More
I haven't yet finished this hack, but I may do so, and as I do I will update this review if my impression changes. I've currently played up to Tourian. I got a little bored at Tourian and lost interest.

Definitely one of the better hacks I've played, although I liked it less than Hyper Metroid, which remains my gold standard. Marketed as a "small hack" but it felt bigger than I expected given that it was presented that way. "Small" in the sense that the major areas are all a bit smaller and simpler, and that there have been no major changes to tileset or gameplay, not small in that sections or items have been omitted or the overall sequence of the game has been shortened.

PROS:
* World felt fun to explore, with a natural progression through the game. Great use of secrets: there are easy secrets to get, some more hidden ones, and some that require some tricky moves. The secrets made this game feel like it had something to offer players of all ability levels.
* The decision dynamic is a great idea, and well-executed. I chose grappling beam, space jump, screw attack, and x-ray scope. I really like the "choice of choices" if that makes sense; the first choice is grappling beam vs spring ball and I find that's kinda low-stakes as if you're a skilled player you can usually get by without either. Maybe I'm a more thorough player than most, but I didn't benefit at all from the x-ray scope; apparently I had found all the secrets on my own, at least in the areas I scoured with it.
* I LOOOOOOVE what is done with the earlier bosses. Especially Kraid...that's just brilliant. You reach Kraid early, with little ammo (even if, like me, you explore super thoroughly), and you can't quickly kill him with that level of ammo. The fight lasts a while before he rises up to the top level...and then you're forced to farm missiles (or use the charge beam if you found it -- it's hidden and some players miss it) to beat him. It forced me to adopt a new strategy, and Kraid was genuinely a little tricky for an early boss...yet while not feeling out of touch with the rest of the game. Spore spawn also had an interesting twist (crumble blocks in floor)...and Phantoon (that raised wedge area in the middle of the floor).
* There are some clever traps in Maridia...more hidden enemies and they do more damage, and some cleverly-placed crumble blocks that are enough to throw you for a loop but not enough to be hopelessly frustrating. I thought the hidden-enemies and crumble block placement in Maridia was one of the highlights of that area, an area I thought was weak overall.
* Change in order of areas is nice.

CONS:
* Difficult level is wildly inconsistent. Parts of this hack felt WAAAAY too easy, others, slightly too hard...overall, the beginning of the game played about as easy as the original and even easier in spots, but there are a few things thrown in that felt more advanced. Very early-on, you need wall-jumping to escape the room with bombs. But at the same time, the addition of that little platform made the boss fight trivially easy. Either make the boss harder, or don't require wall-jump to get out of the room...the juxtaposition of those two things I think highlighted the "Both too easy and too hard" pattern I saw throughout this hack. Another example...the first two items are WAAAAAY too easy to find, just right out in the open...the original game didn't do that. But then...getting out of the green brinstar area and back to the ship requires a tricky walljump-to-mid-air-morph. Seriously WTF? And then getting back out of Maridia either requires a short-charge or a tricky mid-air-morph-to bomb-jumping...but after this the rest of it is trivially easy. Either make this hack hard or easy...it's a big hodge-podge. Norfair, for how late in the game it comes, was WAAAAY too easy, especially lower norfair.
* Later bosses felt too easy, in spite of the pared-down energy and ammo relative to the normal game. Draygon was a bit disappointing. Like other bosses the room was edited to make evading the attacks harder, but I found him too easy for how far into the game I was...killed him easily on the first try. Botswoon was also disappointing as there was nothing new about that fight, also killed him too easily on the first try. Contrast with phantoon who got me a few times in this hack before I won that fight. With a clear boss order, I want the boss difficulty to ramp up gradually. Kraid was a little tougher but not because of any changes, mainly because there are fewer total power-ups in this game. I still thought Kraid was easier than Phantoon and I wasn't crazy about that.
* Space jump physics suck (this is a complaint about the original game, but having played other hacks like Hyper metroid that fix this, it was really hard for me to go back to these crappy physics that make you time it just right to actually use the space jump.) Made me almost regret that choice. However...this might not be as big of a con because it makes the high jump boots a lot more attractive relatively speaking.
* In the wrecked ship, there are some really frustrating underwater-with-no-gravity-suit areas, where it just becomes a grind because of repeated, precise underwater jumps on extremely narrow platforms (many only 1 block wide, even more 2 blocks wide which IMHO is still hard.) And the room with the ice beam? TOO HARD NARROW JUMPS UGH. I used savestates, and I always HATE when I'm pushed into using savestates because of some STUPID unnecessarily difficult thing with a long recovery if you mess up. If you're gonna have fine-tuned underwater jumps with no gravity suit as heavily as this hack does, PLEASE at least fix the game physics to make it more doable...the physics is AWFUL at making it so easy to overshoot the landing on these narrow platforms. What's also kinda stupid about this is how easy the jumps are in Maridia before you get the gravity suit...if you're gonna make a hard underwater area, make it come later, not earlier. This is an other example of inconsistent difficulty: the wrecked ship, which came first, felt too hard, and Maridia, which came later, felt too easy.
* This is a really minor issue but L-shaped sections of rooms (which this hack makes HEAVY use of) consistently handle scrolling poorly...including a really bizarre glitch I encountered in one case where the scrolling moved off-screen and for a brief moment it looked like I fell through the ceiling. In a couple cases, a secret was revealed by me seeing the screen scroll into a hidden area. This kinda took the fun out of a couple of secrets, although in other cases it wasn't immediately apparent how to get to the area so this was okay. The original game, and some hacks, do a much better job of hiding these secret areas from scrolling, and keeping the scrolling more consistent in weird-shaped rooms.
* Like Derxu wrote in their review, I would like to see more things truly off-limits without certain items. this hack did flexibility well, but it would be nice to see some "higher stakes" to the choices you make.
* I don't like the reliance on short charges. Not only is one shortcharge absolutely necessary to get through the game, but there are several other points where a shortcharge avoids some really tricky acrobatics, and/or where you need a shortcharge to get various special items. I don't like the reliance on this technique because I think it favors the use of emulator tools and it feels a little glitchy to me, outside the spirit of the original game. It's not hard to design levels with enough space to make shortchanges unnecessary. People can then choose to use this technique in advance speedrunning and/or sequence breaking, if they want.

Overall though these cons are more minor...the forced-savestating was just in a few isolated areas, not a chronic problem as with some hacks. And by and large the hack has been really fun, and that's what matters.
By Syphon on Nov 17, 2019 (

The decision theme was neat. Makes for some interesting level design. Though it didn't really impact where you could go. However it made me realize how awful non-fixed Space Jump feels without Hi-Jump.
The escape was pretty nice. Depending on which items you picked you can get through the obstacles using said item. For example if you picked Grapple you can skip a short Springball maze.

Difficulty was fairly easy. On par with vanilla. Short charging is required once in Tourian.

)
86% in 1:46
Read More
Hack is well put-together, but has tons of tiling errors and the rooms feel designed to slow the player down. I missed a few majors like bombs and varia, and wound up exploring the entire map before finally coming back to them. In varia's case, I skipped it by accident and only found it after getting Gravity and killing Ridley. The other item locations seemed fine.
By Kremit44 on Apr 25, 2021 (

)
92% in 1:43
Read More
Neat concept and a fun little hack. I came close to giving it a 4. Draygon was a cool idea but it was more annoying than fun. I found it a little bit too basic with exploration and I didn't feel the decisions mattered that much, like by say altering progression. Thanks for the fun little hack, it's certainly unique.