- difficulty
Chelmsford Choi
(Clear without killing boss Birdman image other than the first, the middle boss) NBMB possible (?!?The bomb Torizo is the only mandatory boss?!?)

* to submit a request for more advanced techniques when it comes to all the items recovered. (?!?)

- a known bug
The map is broken.
Minor bug, does not impede the rest of the game 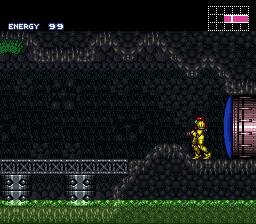 )
No completion stats.
Read More
YPR had a lot of really cool ideas. It's a shame that the whole thing was a pile of absolute garbage.
I'd almost give it 2 stars because of the Gold Torizo fight, but I just can't bring myself to do so.

)
No completion stats.
Read More
It had nice ideas which bring up the rating to 2 orbs, but on a whole, it just sucked.
If I wanted to die, I wouldn't let this hack do it for me.
By MetroidMst on May 09, 2015 (

)
78% in 4:43
Read More
Okay, so this hack has some pretty interesting things, but it feels like one of the worst experiences I had while playing a hack. Why? I don't think I can explain it very well. The hack has some neat ideas, and the best Gold Torizo fight ever, but the sad fact is that these are covered by a bunch of terrible and bland stuff that they don't stand a chance at redeeming the hack.

I would seriously suggest skipping this hack. I can't recommend this to anyone.

)
No completion stats.
Read More
Well... at least it's better than the Cristener Homenag hacks. That's about it. Nothing much to say about this hack.
By Aran;Jaeger on Dec 08, 2016 (

Rating for some hacks may be off by 1 Star, but arguably not more, and ratings are not attempted to be provided within the precision of ''half orbs''.
By Pixel_Tiger on Jul 05, 2017 (

I really liked how he re-did original rooms with his own personal style. The items were very well hidden and some required to think out of the box which made it even MORE interesting! Enemies are totally fine, no super one-shot dmg or crazy stuff like that. Boss fights were interesting, too. (Finding easter-eggs was a very nice touch)

I guess other people just weren't skilled enough or up for it to finish it at all which makes me sad :(

If I really have to complain about something, then it's these TWO things:
1st: That Botwoon fight is garbage times 10
2nd: The fight against Ridley is hard as fuck without using and emulator related things like slow down etc. (Personally, I think even with 3/4 or 2/3 of his dmg, he would be very hard to beat for most players already! Either NERF his HP or is DMG output just a tiny bit to be a bit more reasonable!)

I had to go back and look for MORE SUPERS, E-Tanks and Reserve to be able to withstand his dmg output... just to give you an example: I had 200 Missiles, 9 E-tanks, 1 Reserve, 30 Supers and 40 bombs and couldn't beat him! After going back I got 200 Missiles, 13 E-Tanks, 3 Reserve, 40 Supers and 40 bombs and still... very hard fight, but I beat him in the end after like... 10 tries: (I savestated before entering his lair just to save time going all the way back to it)

But... the feeling after beating him .. that RELIEF... just pure adrenalin!

)
89% in 4:15
Read More
This hack did (almost)everything right for me. The palettes + foreground effects were beautiful. Tiling made it seem like a much older hack but it did it well. Some puzzles were genius and I felt really smart figuring them out. Shinespark was slowed down too, which I am indifferent on. There's pixel art in a few different areas of different game characters, they look really well done. The boss rush at the end of the hack was quite interesting and definitely a new experience, not one I've seen before.
One thing I did not like was how the path to Phantoon was laid out. Your answer is in a wall somewhere and I felt that the surrounding area wasn't a very good way to indicate where you had to go.
Overall, I really enjoyed the eccentricity of this hack and I definitely recommend this to other people.
(I'm not sure why some people rated it so lowly, it's an amazing halfhack)
By Multi-Man on Oct 22, 2019 (

)
No completion stats.
Read More
YPR is a pretty fun hack, I especially loved the new bosses it created.

However the Croc and Botwoon fights were bullcrap so I lowered it to 4 orbs.
By Syphon on Dec 13, 2019 (

)
76% in 4:23
Read More
I didn't really enjoy this hack much. It had some interesting ideas but many rooms were really badly designed. Brinstar and Norfair in particular had a couple really dumb rooms.

It wasn't really clear where I had to go after getting Grapple. I did a couple heatruns and gate glitches to get Varia and Speed Booster. Not sure if that was intended.

The item locations were quite interesting but Space Jump requires you to do a speedball that I would almost consider too hard for most. It's seemingly not required but fighting Ridley without it is even more bullshit than it already is. The fight would have been bearable if it didn't have spikes hanging around in mid-air and in the acid. That coupled with his damage output was absurd.

Crocomire is definitely a low point of this hack. Absolutely stupid.

The palettes were so so. I found many of them quite bad looking.

There was a mini-boss rush which was neat.
The ending was abrupt which was disappointing.

Judging by the divisive ratings this seems to be a hack you either love or hate.
It's probably worth a try if you like halfhacks. Otherwise stay away.
By croissant bug on Jun 08, 2020 (

)
No completion stats.
Read More
Another hack that started out great but became a ridiculously difficult tool assistance required save state fest. Many instances of super short charge and mock/speed ball being required to reach items, and that's awful. Crocomire is a late game boss but a first time player will not know, so they may try to fight him and die over and over again, so Croco's room should have had a yellow hatch instead of green IMO. I never could find 100% items and since there is no item % display in the game, I couldn't tell how much I had found unless I sat through the end credits which sucks ass. I beat the "final" boss with about 90% items and was stumped as to where to find all 100%, so I just used SMILE test room to reach Tourian. Gold Torizo was cool but it's not worth it at all. There was some really neat use of transparencies and colors in this hack.
By Fercho on Jul 21, 2020 (

)
No completion stats.
Read More
The palettes in many places are horrible. Bosses are way too fast and are annoying. The puzzles were neat and some of the rooms were cool. But most of the hack was poorly made and lacks real creativity. Like I guess it's ok for a half hack, but this attempt is pathetic. The enemy rush at the end was cool, but the whole hack is tarnished by the stupidly unfair and ridiculous Ridley fight. Combined with the over abundance of secrets in walls and bad design, this hack is just not worth playing. I do not recommend this at all.
By KPF on Mar 26, 2022 (

)
No completion stats.
Read More
this hack deserves no orb at all. it is complete utter BULLSHIT.
who the fuck puts water is Kraids room, and for what. you obviously DON'T want anyone to play or even beat this hack. shit like this is NOT FUN