Description
SLC was made for a contest on Metroid Construction. (Summer Fun Contest) The idea is to make a hack based on the theme of Summer, and otherwise there were no restrictions other than it had to be finished by September 2nd. 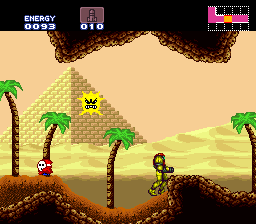 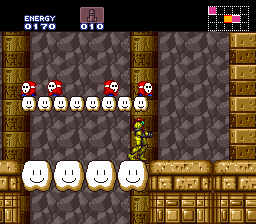 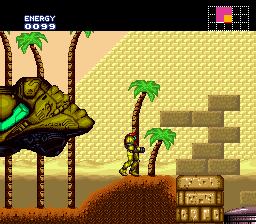 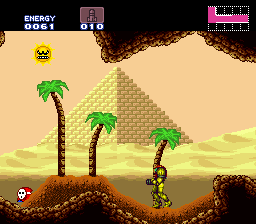 )
72% in 1:15
Read More
Earlier versions of this suffered from permastucks and enemies with unfair damage/health. Those issues were eventually sorted out, and the resulting product is pretty decent.

Things to be wary of: the angry sun is a HUGE jerk, there's a bunch of traps designed to frustrate you, the map is slightly buggy, and a lot of it feels rough around the edges (the time constraint definitely hurt).

On the positive side, the ripped graphics look nice, the level design makes good use of the major upgrades, there's a ton of secrets and most of them are cleverly hinted, and there's an epic custom boss fight.

)
No completion stats.
Read More
The ripped graphics from SM All Stars was really nice and well done. There are plenty of secrets to find, as well as a new song used as a boss theme to go along with a custom boss.

Only things I disliked about the hack is how easy it is to get lost during a first playthrough. Also the map has some bugs, and the sun is a very hard thing to avoid. Nevertheless, still a fun hack, and the pyramid/desert theme is consistent throughout the entire hack.

Unique enemies and bosses (to Super Metroid at least) plus some very nice tilesets and palettes make this hack very memorable.

I shall end this review with these words...
SHYGUY ABUSE :D

Rating for some hacks may be off by 1 Star, but arguably not more, and ratings are not attempted to be provided within the precision of ''half orbs''.
By SnakeLancer on Dec 31, 2018 (

)
69% in 0:59
Read More
Replayed this recently. It made me oddly nostalgic for the Summer 2014 when I played this for the first time.

Definitely worth a playthrough. Nice graphics, custom music and enemies. Loved the ShyGuys.
By Kremit44 on Jul 09, 2021 (

)
90% in 1:05
Read More
It's pretty good. Early on I felt I wandered a bit long looking for Supers and the graphics are cool but a little redundant. Some sections, especially at the end, could be a little annoying but overall the game was designed fairly well and it was never too annoying. I feel like this is a hack that could have easily been expanded to include more areas. Thanks to the creators for a well made and interesting hack.
By Sapphron on Jul 18, 2021 (

)
81% in 0:00
Read More
It's ok. Would be 4 stars without grapple rooms making you fall so far and a really bad scroll bug as a result.
lost my igt, might recommend.