Description
This is a small fullhack/large minihack that features new levels and new graphics, as well as some tough new challenges. You might even have to reset the game...

The skills that are going to be required are:
-wall kicking
-midair morphing
-gravity suitless grapple-wallkicking
-patience 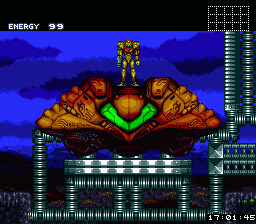 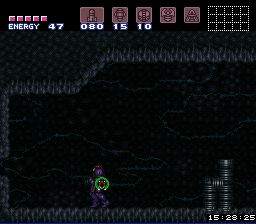 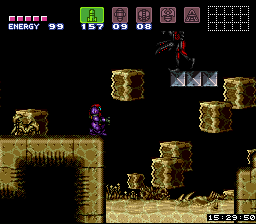 )
57% in 3:21
Read More
Fun little hack. Biggest issues include switching off beams to fight single beam vulvernable pirates and the lack of a map.
By Aran;Jaeger on Dec 08, 2016 (

)
88% in 2:14
Read More
Somewhat decent hack. It can be played without save state usage. But it's a bit dated; the Space Pirates are a bit annoying to fight, no map, the second part of the Hell's Run (after the very early Ridley fight) is very tough, and other annoyances. Also, there is a lack of graphics variety in the rooms.
By caauyjdp on Jun 09, 2021 (

)
62% in 3:44
Read More
It's a strong 3 orbs but numerous soft locks, some annoying enemies/bosses, and no map hold it back. For it's size the lack of map isn't that big a deal but it's certainly an issue. I never did find Spazer or Plasma and I think I may of sequence broke into Maridia by using a damage boost and shinespark, but I thought it was just a broken reskin of the ice+speed shaft. I'm guessing I may of went an unintended route given my low collection percent, I know there was an area in Norfair I just never found access too. Overall though it was a neat mix up and had it's own charm. It's worth a play but it stands well back of the best hacks on here. Thanks to all who helped.
By KPF on Apr 14, 2022 (

)
No completion stats.
Read More
Wow, this is a complete mess. Hell, even the description for this mod is just a bunch of excuses for why it's so bad. Now I've seen worse but this is definitely similar to other mods I have rated 1/5. I guess this is to be expected from a mod with a name similar to revolution X, the worst SNES game ever made.