Description
Samus has been tasked with investigating a space pirate outpost on the moon of planet CRE002.
Inside information indicates that the space pirates have disregarded the code of experimental ethics...

This hack Features all new music and tilesets

special thanks to Nodever2 for beta testing

2 months go by fast! A big thanks to the team for putting in the work during irregular schedules and hours.
- Mentlegen

v1.07:
-fixed a bunch of softlocks
-added escape sequence and fixed ending plot hole
-fixed walljumping necessity
-fixed tight speedboosting floor
-made non-solid enemies that needed to be solid solid
-removed random "M" in stagnithyros (no more "glitchy asm sprites")
-and other stuff i forgot
hopefully this is the end of it!
-Tundain out 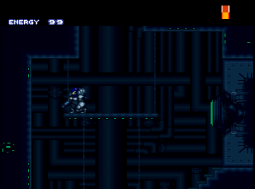 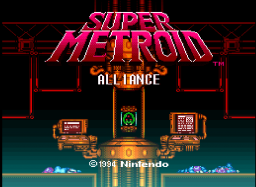 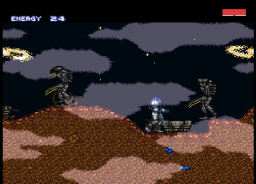 )
75% in 1:17
Read More
I have a fair amount of problems with this hack, mostly stemming to a lot of things feeling arbitrary, but it still has enough good qualities that I can't bring myself to rate it 2 orbs. Given that this was a contest hack, it has a lot of room to improve, and it likely will be improved vastly beyond the 1.02 version I played. Be sure to read the latest reviews, too, instead of just judging the hack off of this one.

This hack's graphics feel bland most of the time, and the tiling is rather samey. The rooms are somewhat difficult to distinguish from each other too, which can make it easier to get lost. The music is okay, a little quiet and not too spectacular, but it's a nice change of pace from just having vanilla music.

My biggest issues with this hack come from the map design and layout. Progression feels very arbitrary, especially when it comes to random blockers that you get your "allies" to clear out for you. The one in the fire area is executed very well, and I wish I had seen that concept expanded upon, but the rest are docile at best and obtuse at worst.

Beyond the arbitrary obstacles lies the random-feeling nature of how some major upgrades are placed on the map. Oftentimes, nothing really pulls you in; you just kind of stumble upon them. It's not always obvious how much getting a new upgrade really helps you in the grand scheme of things, or you get a helpful upgrade in a place where you really feel like you should be getting a different one (*cough* why are power bombs where they are?).

The hack also has a very apparent lack of polish. Usually, it's passable and doesn't affect gameplay, but then you stumble into a massive difficulty spike with enemies that deal 50 damage to you as you're walking out of a door. This hack definitely needs some beta testers.

Overall, this is a decent hack with some nice ideas with lackluster execution. I don't recommend this version, but if they give it a good polish in the near future, I'm sure you'll enjoy it then.

)
No completion stats.
Read More
Very nice Hack indeed. Finally, something new and interesting. I really like this one. I like fact that items are not hard to find. Just interesting to acquire. Could you make any coming versions longer?
By JaceTheBodySculptor on Aug 12, 2022 (

The overall pacing of the game is fun, fast, and breezy. Good level design that matches the physics changes like speed-keep. I don’t normally PogChamp / BatChest / SoyPoint over custom music, but this music sounds great and fits the areas well.

I was confused about what to do in Maridia for a while and it was classically good Metroid game design to lock the player in there until they figure it out.

Cons that should not dissuade anyone from playing but are meant as feedback to the devs:
There’s a difficulty spike in the acid area, the path that includes the ninja pirates. The rest of the hack is a cakewalk so it feels very out of place. Consider removing the acid in that path after you trigger the acid lowering room, since exiting is the harder part.
The items are picked up too soon after encountering the obstacles they remove. Imo Varia was the worst offender. I’m sure being a quickplay, this is harder to avoid. Still, if you compare the placement and pacing of Missile, Super, and PB doors and your first pickups of each versus the placement of items and the new paths they open, you did better with door locks / pb blocks than you did with Varia, Spring, Gravity, etc.
There’s a softlock involving a vertical shutter, though it might require turning around into a room that most players won’t notice.
There was an annoying door that is green to the right, and it will waste your time if you go through it first before entering a progression room on the left. Since this is not a punishing hack, the player should be given better guidance to go left first.
(Contest context only) This doesn’t really matter for our enjoyment as players, but if I had to consider how much you fulfilled the contest prompt, I would say there was barely any interaction with friendly enemies. There was one cool (pun intended) friendly enemy room and the rest were practically in the background.
By RT-55J on Aug 16, 2022 (

)
25% in 1:35
Read More
The scope of this hack is pretty impressive, especially given the time constraint of the contest, but it is also this hack's biggest weakness. In particular, the upper portion of the water area feels about 1.5 to 2 times as big as it needs to be. The bloated size of that area made the hack's pacing slow to a crawl, but that can be partially blamed on how I somehow last-location'd every single key discovery there. Aside from that early-game hump, the hack manages to feels properly scoped, with only maybe a little bit of trimming or extra variety needed here or there (issues that, again, are understandable with the time constraints of the contest).

The custom music is a fantastic addition, and really helps elevate the slower parts of the experience.

I liked the way the contest's theme ("Strange Allies") was incorporated into the hack. I feel that if I followed my instincts regarding that in a couple places, that I would have had a smoother experience.
By Zincoshine on Aug 23, 2022 (

)
83% in 1:45
Read More
After several revisions, a stable build for this hack is finally available: Version 1.06 which can be found on the forums. The 1.03 file available here is broken so keep that in mind. Anyway, on to the review. For the first half of the hack, the hack is somewhat easy, linear and straightforward. The custom music is some of the best I have seen so far in a metroid hack and the new graphics for the laboratory is also pretty great. On the second half, there is an absolutely massive difficulty spike as you suddenly end up confronted with endgame enemies in this hack's equivalent to lower Norfair. If you think that you're too early you're right. There is another place you're supposed to go first but you're going to have a hard time finding it since the entrance is well hidden. Towards the end there are minor glitches involving the camera refusing to go into certain squares but it's playable from beginning to end. All in all the concept is nice but the execution is sloppy. Can I recommend it? Well, if you've read this then you're already familiar with the problems in this hack so, why not give it a try? Just remember what you've learned from this review while playing it.

)
97% in 1:20
Read More
Good quick play hack. Custom music is nice, and there's plenty of content. A lot of the rooms are quite samey but it allows the hack to have more room and more exploration feel overall. Rather nonlinear which is always a plus but like mentioned before does have a huge difficulty spike toward the end. The contest's theme was certainly shown in the hack and done well for what it was, but I would have liked to see more fleshed out use of it. Overall, it's a neat and quick hack to spend a couple of hours on.
Finished.
Recommend.