Description
The main idea of this hack is to shrink down the rooms and world map of the original game. Obviously I could just make each room a few tiles big, get rid of a bunch of rooms outright, and mash what survived together on the map, but that would just be a disaster. As such, I shrank each room as much as I could while trying to not forsake DEER FORCE's original vision.

This shouldn't need any special tricks or techniques to beat. Check the forum thread for more detailed information, known issues, and past versions.

May 7th, 2021, Update 1.1:
Removed some enemies, much less laggy. Removed most of Shaktool's dirt, buffed his health. Fixed an issue with the Norfair map, it requires using the Norfair map station.

September 7th, 2021, Update 1.2:
Applied Scyzer's Map Fix so that map progress doesn't reset. Other than that, just a bunch of minor tweaks that I put in because I was curious about how they would behave. 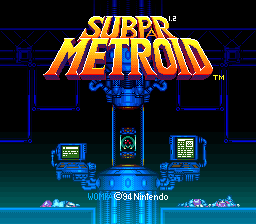 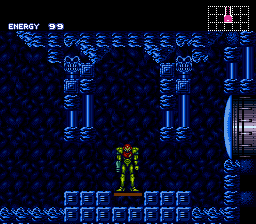 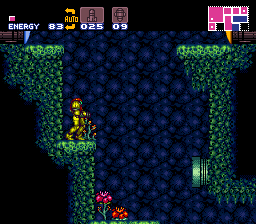 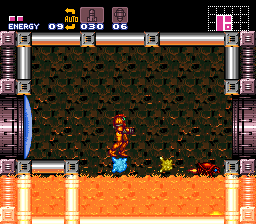 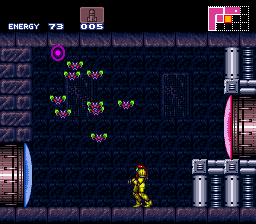 )
55% in 1:20
Read More
I wouldn't really call it "subpar", as there are hacks on this site that much better fit the negative undertone of that word, but it certainly was a shrunken down Super Metroid. Kind of a cute idea in my opinion, and it got executed decently with this hack.
I think the only real design issue that got my attention was the enemy placements in some rooms. For example, the room before Bomb Torizo--you're basically guaranteed to get hit by the barrage of mellows upon entering. Additionally, some of the rooms bunch multiple enemies cramped together in a relatively small area, which may have been part of "maintaining the general layout" by preserving the enemy amounts, but it's still a thing of note.
Other than that, not much else I have to say about this hack, it's essentially what it says on the tin. Maybe you'll enjoy it for what it is, or maybe you'll just see it as another halfhack. I think it's certainly worth a try, though.

)
99% in 1:00
Read More
The hack does what it advertises. The world is more cramped, which makes movement through rooms feel more restricted at times. Since none of the enemies were removed from rooms, they can end up being packed together, which results in excess lag and getting hit very easily. For what the hack set out to do, it accomplishes it's goal.
By RT-55J on Apr 26, 2021 (

)
35% in 0:46
Read More
Meh.
Funny concept and executed somewhat well, but you can tell that some rooms were really crammed and some were rather large to make up for the smallness of some rooms (like, red tower is tall to make the map fit is what I mean)
Like ptoil said, lots of enemies and lots of lag especially with Screw Attack but that's honestly what I expected.
A few tiling errors, scrolling issues in Landing Site and scrolling sky being bad in general, but that's it for objective errors.
Finished.
Do not recommend.
By Insomnia Speed on May 17, 2021 (

)
100% in 1:19
Read More
Subpar Metroid isn't the best description of this IMO. I think Bite sized Metroid would be a more accurate title myself. This does exactly what it sets out to do and although there's a lack of originality in retaining the general layout i just thought it was so well done it deserved a 4. It also would have been a lot of work so I even thought about a 5 for quality of execution. I do think Ceres skip and short fanfare would be a great addition to this hack though. Great job, thanks to the creator for a well executed hack.