Description
This is basically a remake of Super Metroid and it's better then GBA Edition: most of the tilesets have been improved, glitches have been fixed, seaquence break is better then GBA Edition, map has been revamped.
Credits:
Mage:
-Biospark
ASM:
-Biospark;
-Raygun;
-Cpt. Glitch;
-Caauyjdp;
-Cosmic;
-ThAt GuY sTrAtToN;
-Kiliwily
Hex tweakes:
-Biospark;
-Raygun;
-Cpt. Glitch;
-Caauyjdp;
-Cosmic;
-Yohann;
-Kiliwily;
-Kazuto;
-Meinos Belfort
Musics:
-Alexman25
Graphics:
-Alexman25;
-Metroid Violinist
And as always with my hacks 101% is possible.
(Crocomire doesn't work on some bios)
1.2 fixes a glitch that happened when shooting up or down with wave beam. 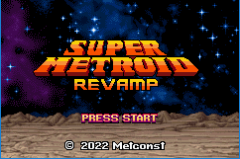 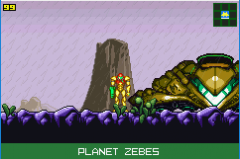 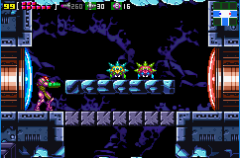 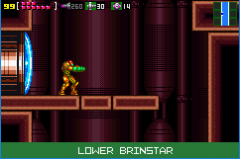 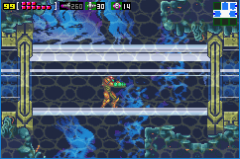 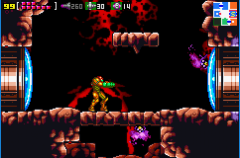 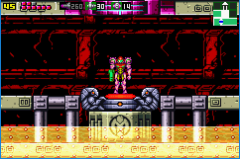 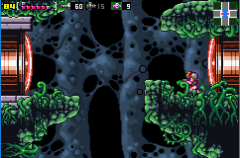 A really neat "port" of super metroid in the GBATroid engine , the running animation is coherent with the original game , most of the area are almost the same as the original one with some arrangement and sequence breaking is possible IF the player found the way by themselve , mostly early powerbombs who was really harsh.

Sadly there is some flaw i noticed like the walljump who is still the same as zero mission (6 frame "lag") instead of the super metroid one who's near 0 , some music got cuted (like green brinstar who don't play unless you take a door) or don't loop (Lower norfair) , Crocmire is kinda ... off but you need to die on purpose to die crushed on the wall against him. unlike the GBA edition.

There is some missed opportinity to use the super metroid beam or fusion for ice GFX (Spazer and wave) and colors.

there is a soft lock i encountered on "purpose" the marindia glass tunnel is breakable right at the start if the early power bombs are aquired , but don't do this because it will just soft lock you if you fall down and don't have gravity or hight jump , which was my case with both items.


even with this little flaws , this port is truly well made and i didn't had major issue with collision , knock back etc. i just hope the newer version will edit at least most of these little flaws , graphical or not. as always keep it up the good work.

)
37% in 1:33
Read More
A nice effort, but I can't say it's a revamp more a reimagination. Balance the music volume level, they were super loud at some areas. I did enjoy my time but when you said Revamp I did expect a 1 on 1 copy + extension and this hack did not feel that way.

Read More
Compared to the original SM GBA edition I liked this a lot more. A lot of the smaller issues are fixed like making noob bridge a little challenge again, and the custom music is excellent as well. Vertical doors are OUT, replaced with horizontal doors and some changes in routing. The world is more interconnected than vanilla SM with a couple extra connections and the main route is also a little different in that you get ice beam before you fight spospo.

There's still a couple minor nitpicks like a broken crocomire or the music not always looping but for the most part it's a much more polished version of SM GBA.

All in all a great hack, if you're looking to experience what SM would be like with GBAtroid engine, or you just want to play a good MZM hack, this is the hack for you!

Finished.
Recommended.
By LetsPlayNintendoITA on Aug 07, 2022 (

Read More
I have seen this hack since it was in the womb basicly.
A modified, revised and special edition of GBA edition, but in its own rights.
Better, faster, refined and with all the qol you may want from it.
New secrets, new graphics, technically better, and in Italian too!
Something else is coming that I can't wait to play more and more.
Thanks for another great adventures that lasted for two months!