Description
Samus is trapped in a wrecked facility and has minimal chance of survival, you must lead her out of there with only her available items to escape. This is a really short hack, and will be expanded in the near future. Hope you enjoy!
Credits go to Grime for Project Base, and Charmander106 for bug testing.

Skillsets needed to learn are Wall Jumping and Short Charge. 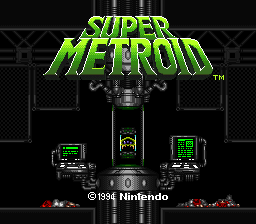 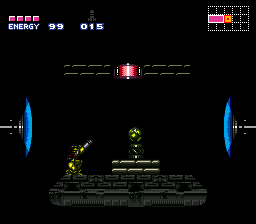 )
21% in 0:27
Read More
This hack is an enjoyable experience. It looks cool, it has a nice atmosphere, and it's fun. The physics changes are a bit weird, and some enemies do too much damage at the beginning, but it's pretty fun. I hope that the finished version comes out at some point, but unfortunately, it does not seem likely.
By Ri2nOneRok on Jul 06, 2019 (

)
No completion stats.
Read More
The design is pretty rad. Worth downloading and patching, but I dont even remember if I beat this game.
By benox50 on Oct 18, 2020 (

)
No completion stats.
Read More
I enjoyed the demo for the project this was intended to be. I really enjoyed the creepy atmosphere and dark corridors. For some reason it gave me Amnesia: The Dark Descent vibes.

Some issues were the spike damage, holy crap it kills you quick. Spo-Spo's room stops spawning spores after a while so I couldn't get any missile refills. And then the floor in Botwoon's room has water, so that's kind of annoying.

Other than those minor things, this hack was really good. I enjoyed exploring the area and it will be cool to see what Version 2 has to offer (the author posted back on May 5 a screenshot of a new room for Black Plague, so they're probably working on something...).
By Kandier on Jan 27, 2021 (

)
No completion stats.
Read More
It's not interesting, I don't wish more
By ZeroSuitSammy on May 03, 2021 (

)
No completion stats.
Read More
Black Plague was a really cool hack. It was dark, eerie, and kinda quiet. You truly felt the solitude aspect of Metroid in this hack. I also liked the palette changes in the game itself, the color changes before the game starts (the menu), and the game over text having a bit of the artist's (what I assume to be) humor. There were too many spikes and grapple wall jumps, and Phantoon was too difficult for me. I probably could've beat him eventually, but, call me a casual, no one really has all day. I could've gone full gamer mode devoted the next hour to trying to beat him, but it wouldn't be a quick play anymore, now would it?

Anyway, nice hack. It IS interesting, I DO wish more (-_-)
And while I didn't finish it myself, I definitely recommend you give it a shot.
By Zincoshine on Jul 18, 2022 (

)
No completion stats.
Read More
Well, First of all this is a demo for a mod that was never made. Second, only a minute after playing I end up trapped in some hallway at the bottom of the room so either the mod is glitch-gated or I don't know what's going on.... The tiles are hard to see.