Description
Project ZM is a work-in-progress vanilla+ hack for the North American (U) Metroid Zero Mission ROM. It is designed to fix errors and add new gameplay routes, tricks and mechanics.

Standard Patch (Proj_ZM_083.ips)
The intended experience for new players.
- In the original game and this patch, some abilities are unknown items -- They cannot be used right away.
- Chozo statues drop hints to keep you on track.

Unknown Items Enabled (Proj_ZM_083_Unk_Enabled.ips)
For experienced players and speedrunners. If this is your first time, do not use this patch. You will be lost.
- Samus' suit can use unknown items.
- Chozo hint statues are removed.
- Item messages can be dismissed faster.
- Instant door transitions.
- Plasma beam deals less damage since it is obtained earlier in the game. (You probably won't even notice anyway) 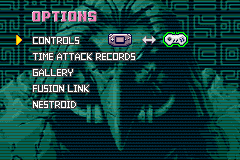 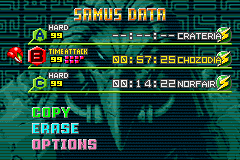 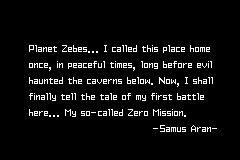 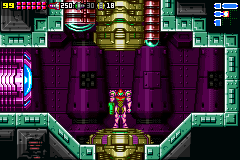 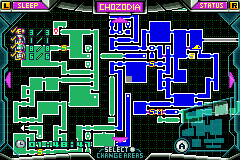 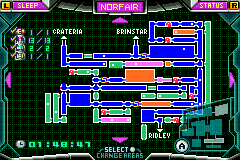 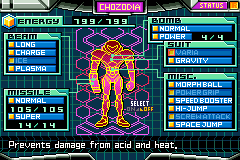 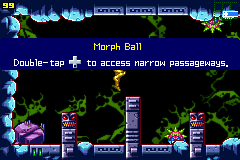 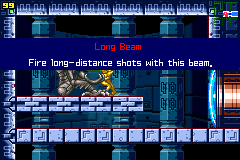 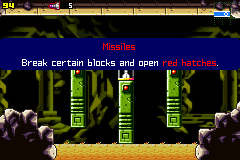 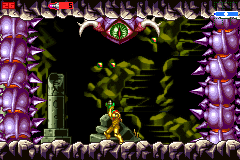 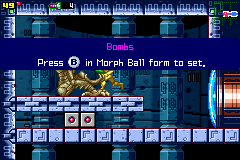 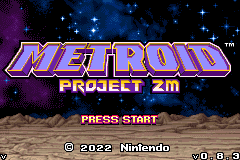 )
100% in 1:44
Read More
[v0.51 review]
Solid remake. Few issues here and there, but was a really good improvement hack for Zero Mission!
Finished.
Recommend.
Hey, imagine how good this is now that it's at version 0.73!

)
50% in 1:24
Read More
[v0.6.1]
Excellent improvement! This makes the game quite a bit better in various ways. In particular, I felt I was getting more out of the unknown items with them being available early game. The speedbost/shinespark modifications are neat too.
There are still some minor issues, like with the map tiles, as well as with some sound not playing after getting my first Super in Crateria while doing the speed/spark thing, but overall this has potential for players and other romhackers alike.
By Tumbapala on Apr 09, 2020 (

)
100% in 2:35
Read More
Good hack,there are some annoying things like,the automatic charge beam,when i need to freeze the enemy,i hit it with the charge beam and i kill it! The moving on shinespark can be helpful,but it also can be annoying,like i accidentaly press the right or left buttons at the wrong moment,and i have to do it again.
By shaktool7 on Apr 17, 2021 (

)
No completion stats.
Read More
fun and simple physics and other qol+ changes, recommended. wished the name wasnt a ripoff off project base though.
also, if you are looking at this, read the readme god damn it. why don't people read readmes?
By Jordo24 on Aug 31, 2021 (

)
No completion stats.
Read More
just finished this hack and i had a lot of fun, looking forward to seeing more updates!
By Zincoshine on Jul 31, 2022 (

)
72% in 4:20
Read More
I had never played the original before. A few days ago I began to play it but then I remembered that there might be an improvement hack worth checking out and so here I am. Overall playing this has been an exceptionally good experience, the level designs have been streamlined, there are lots of subtle QoL improvements all over. The option to switch between SNES and GBA controls was really nice but sadly it is useless for anyone interested in playing other rom hacks for Zero mission. This is because other mods don't implement this ability and that means you'll have to painfully revert back to the GBA controls. It's therefore best to just stick with the GBA controls and get used to them so that you're able to enjoy the other rom hacks. Anyway, aside from all this there actually is one big problem I found. There were times I got stuck with no idea what to do. That's fine, I expect this from metroidvanias as old as this. I looked up a video and got unstuck.... but I noticed there were blocks... with weird symbols....in the video... blocks that weren't in this mod. Huh, that was weird. I continued playing. Later on I got stuck again. I noticed that this was yet again happening right after having picked up a "unknown item". Once again I looked up a video and once again another block with weird symbols blocking the path, blocks that weren't present in the mod. Then I realized what was going on. Basically, the author has removed stuff that was present in order to prevent players from getting lost and these blocks subtly indicated where to go next after getting an unknown item. Without them, these secret passages they subtly revealed had become very hard to find. This unfortunately means that the author has intentionally removed these blocks without realizing that doing so hurts the level design. Unfortunately, due to this I can only give 4/5. If the guiding unknown item blocks are added back, then I'll update the score to 5/5.
By RX-78-2 on Jan 22, 2023 (

)
100% in 1:44
Read More
Another amazing halfhack of ZM, and to be honest, this hack is in my top 3 for ZM hacks, right next to ES Mission and Operation Execution.. I love how most of the room palettes were tweaked and there were some new features added into this hack (speedkeep and dash ball)

There really isn't nothing special about this hack tbh other than the fact that, as per the description, plasma deals less damage, chozo statue hints are removed, and unknown items are enabled upon pickup

I always found it odd how very few hacks have the speedkeep and dash ball feature but this is one of the few hacks that I've played that has it.. this hack, among others, is a really fun hack to play.. hacks are always fun when they have special features like dash ball and speedkeep (in air and on ground) and other features that make speedrunning easier since I love to speedrun hacks and out of all the ZM hacks I've played, the time it took me to finish this one is my best one yet (1:44 is the lowest I've ever got in IGT)

But other than that, this hack isn't much different than original ZM (intentional?) and it's honestly a really good halfhack/remake of a remake of nestroid. give it a shot if you want to get better at ZM, this hack is good for practicing

Project ZM is basically an equivalent to PB but for Zero Mission , the control are smooth , speed keep is really nice add-on and same for a lot of others stuff (example cancelling shinespark while doing an horizental / diagonnal one).

There is a very minor , even if we can't call that a flaw because it is not a fullhack but a big improvement one. it's the wall-jump lag (6-frame) yet i can't say anything because it's already there on vanilla and only a very small details , + very easy to edit personaly just in case.

The new path added are nice and same for the others few edited color.
basically P:ZM should be an example for later date Rom hack , mostly if they wanna add better control. than the "Rusty" ones from the 2004 version of ZM.