Description
A chinese halfhack of Metroid Fusion that places elevators in many places and locks off access to many items. 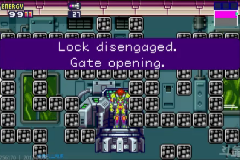 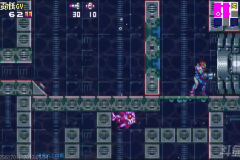 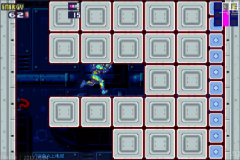 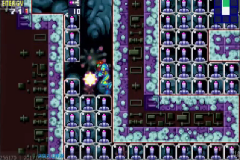 )
% in 1:35
Read More
Most frustrating hack ughhhhhhh. This hack has you searching for elevators in rooms constantly, taking up to 10 minutes just to get through a single room. I can't believe this hack. And it only gets worse. There's less items too, I only had 1 e-tank when getting to Zazabi.
0/10
Did not finish.
Do not recommend.
time is rta

)
No completion stats.
Read More
What Sapphron said about the rooms.
Oh, and it's just another retile.

)
No completion stats.
Read More
This hack REAAAAALLY loves its hidden elevators. And as far as I've checked in Sector 1, it's REALLY annoying. Having visual cues for them would've helped, or preferably, not include hidden elevators at all.
1 hour and five minutes RTA was around the time I stopped entirely, after freeing the last air stabilizer.
Didn't finish, don't recommend.

)
8% in 9:58
Read More
Played the whole hack. It's not better or worse than most other Chinese Fusion hacks. Yes, there are elevators in A LOT of locations, but the description also tells exactly that.
The elevators do have visual cues that (sometimes more, sometimes less obvious), but they are there and you get used to them over time. Some are even in some very creative locations.
Obviously the hack also contains the usual jank you can expect from one such hack like the map shredded into pieces cause of the way rooms were reordered and tons of broken loading zones as a result.
The hack has a decent difficulty with 8% seeming to be the maximum (3 etanks, 35 missiles), but accessible 1 etank and missile pack in broken Sector 5 might be an oversight on the developers part given how much effort they put into blocking off access to items.
The single worst passages in this hack are the S2 SAX chase with no indication of what to do and finding the way to XBOX in S6 where Mage and the Hitbox viewer were used.

The hack is more 2.5 stars, but I rated it 3 cause it is definitely not the worst thing out there as others make it out to be. The puzzles and room gimmicks are the usual things you find in Chinese Fusion hacks. So if you're used to that, this one is not too bad asides from the mentioned sections.