Description
This is a Metroid Fusion hack by [ShuiJing] from China,released at September 30, 2017

Hello everyone, I am ShuiJing, this time I made an example of a fusion hack, especially to share with you, probably from the beginning of May to conceive this work, and then began to make in June, is now in September, almost again Is experienced 4 months to completely improve the hack, this has a great change, upset all the rooms, the room structure has become interesting up, basically all the integration can be done in the operation are This is done, the rom canceled all the story dialogue, canceled all the small map, the difficulty of a substantial increase, it can be said that the guys who can beat the game all are masters of Fusion, guys can collect all the items are master In the master, guys can 0% are master of the master of the master ... ... Well, nonsense not speak, we go try it, and finally thank the QiShu, thanks MengMeng, thanks to XiaiBaiyun , Thanks to HuanmengXujing ... ... 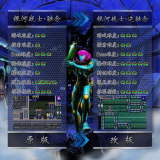 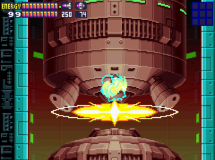 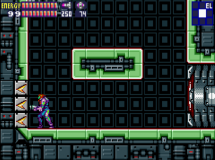 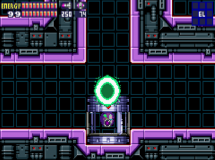 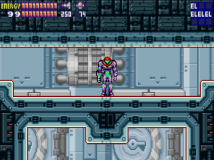 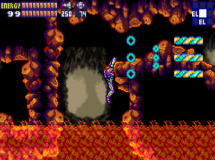 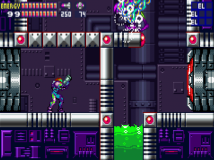 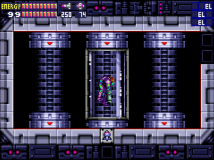 Ratings and Reviews
By MultiDarkSamuses on Feb 02, 2020 (

)
No completion stats.
Read More
Dropping a review for this hack because it's very unlikely I will be returning to it. Needless to say, I did not complete it and got to Sector 3 where I gave up on some shinespark puzzles required to progress with very little room for error.

For what I played, I did enjoy the room designs. The rooms seemed creative and fun to get through, enemies were used quite well to create a small challenge but nothing insane. With the bosses, the author used rooms that complemented the boss AIs and made a fun challenge. This hack's difficulty primarily comes from a technical side: preferring use of Fusion's physics to create skill-based puzzles instead of relying on high damage enemies.

My biggest issue with the hack is the lack of a map. It can be a little disorienting for me trying to figure out where to go or how to backtrack for items without the map, but the levels are small enough that it isn't really an issue. Items are cleverly placed, requiring a good bit of skill on the player. Even so, someone without skill like myself can collect many of the items with only a little bit of struggling.

Overall, I think this hack is very nicely balanced and deserves at least a partial playthrough. Perhaps I will return to the hack and update my review to show anything I find.

)
96% in 4:25
Read More
Started absolutely excellently at first. This hack is kind of like a mini-hack of Fusion, then you later see that all those rooms you didn't see have been repurposed or at least most of them. The tiling was excellent, good challenge, etc. But this hack has a LOT of problems.
There are no saves in this hack besides your ship and the saves at the beginning of each sector. Considering how hard this hack gets, that's inexcusable. Most of the exploration made sense, but there were a few parts (Yakuza's section comes to mind)that kinda sucked.
Ridley.
Ridley's area was the worst in the game I'd say. You go through a MASSIVE shinespark sequence and afterwards you get a pretty solid chance of softlocking right at Ridley, making you do all that again. Again, inexcusable. There's no saves after Ridley, by the way! You better beat that in one sitting! And you can softlock before final SA-X if you go the wrong way, which means you have to fully restart from Ridley save.
I used 1 savestate in the entirety of this, in the last room of the spaceboost sequence immediately before Ridley. All else was savestateless and 99% blind. If you wanna play this hack, you're best off doing up until Yakuza and quitting to be fully honest. It goes downhill from there.
Finished.
Do not recommend (due to difficulty).
By kkzero on Mar 28, 2020 (

)
No completion stats.
Read More
Played up to when shinesparks and speedboosting became a real deal in the hack, and I can't really pull those off in the situations imposed in it. Definitely well designed in the beginning, condensing down the fluff that most vanilla-esque Fusion hacks leave in. But with the lack of a map, few saves, and stuff really ramping up the more you go, it's a mixed bag.
By TheGreatPikminZX789 on Mar 28, 2020 (

)
No completion stats.
Read More
I liked how short some of the sectors are, but sadly around AQA, some speedboost strats are required, and the one in NOC was where I gave up at. I would've loved to see the rest of the hack, but I guess that'll be forever locked due to this darn difficult shinespark sequence. :l
From what I've seen, I definitely enjoyed the hack, just would've wished there was an alternative way for those who aren't speedboost experts in Fusion to see the rest of the hack.
Don't recommend due to the shinespark difficulty.