Description
Super Metroid: Escape from Planet Metroid is my first completed romhack. After landing on the mysterious Planet Metroid, Samus is seperated from her ship, and must find her way back to it so she can escape. Along the way, there are bosses to kill, items to collect, and spikes to fall into. Super Metroid: Escape from Planet Metroid is a minigame, about 1/4 the size of the original. It contains four bosses, most of the major abilities, and a maximum item count of 64. Please give me your feedback after playing, so that I can improve. 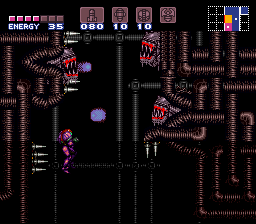 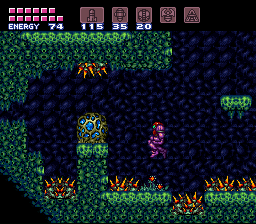 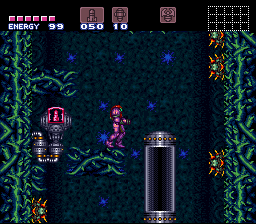 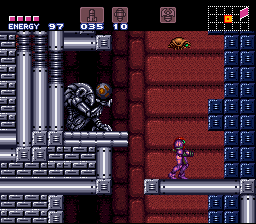 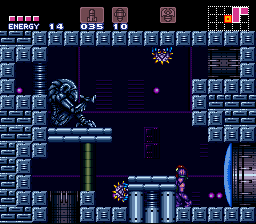 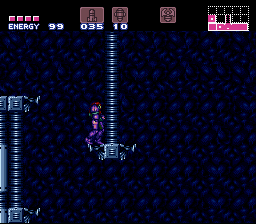 )
57% in 0:02
Read More
While I did enjoy the hack personally, there were plenty of flaws that I feel bring it down to only two orbs. A few examples of those flaws are:
-Permastucks
-Tiling mistakes
-Either bland or unfinished looking room design (at least a few of them do in my opinion, and there were a few that just solely use CRE Tiles which made them even less appealing)

)
56% in 0:02
Read More
I wanted to really like this hack, but there was a lot of questionable design decisions
that made me almost want to never finish it, the beginning especially.
Once you get bombs, your supposed to go back into the Red Brinstar area as there is a hidden path.
Due to the nature of how seemingly non-linear this hack can get, I ended up going down into the underwater area, unintentionally
locking myself down there until I either had to kill myself to return to a previous save or find the High-Jump Boots.

The hack really opens up once you do figure out where to go and I did end up enjoying it a lot more.
But unfortunately I can't give it a higher rating due to the permastucks, the broken level design that can easily get you lost if you aren't skilled
enough. I also tryed this on BSNES and the graphics glitches to the point of unplayability.

)
62% in 1:35
Read More
Very well done.
Super nonlinear, I recommend doing what webber said and go back into red brinstar. It makes the game playable and fun, basically.
The sequence was quite nice, and for something that came out in 2012 and was supposed to be a first experience with hacking was really good. The water section dragged on and had quite a few secrets (couldn't find progress post-boss)
Finished.
Recommend.
By caauyjdp on May 24, 2021 (

)
59% in 2:52
Read More
took 5 hours to beat
Felt quite bland and painful at first, but got better after I left suitless section that I much much later realized wasn't required.
Has intended progression that can be easily broken/missed which can lead to some pain..
I got mixed feelings about this one, but it's decent.
By Fercho on May 26, 2021 (