Description
Afflicted with perpetual nightmares, Junko is determined to defeat the manifestation of her dreams - the serpent trickster Asmodeus. 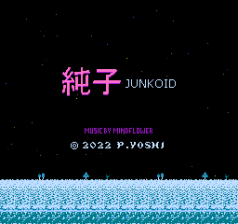 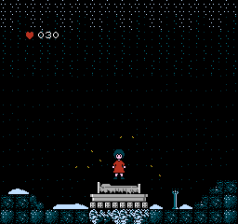 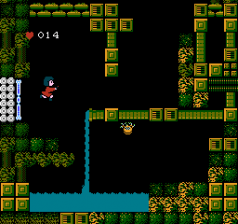 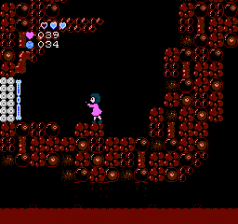 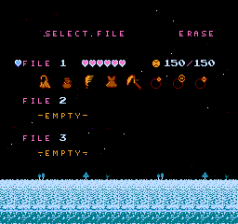 )
% in 1:55
Read More
This is peak level NEStroid. On par with Rogue Dawn.
The only problems I would have with this hack would be problems existent in NEStroid as well.
Graphics look beautiful and as such is the music.


Small Spoiler:
I guess not having maps in any other area than the start is a bit weird but
you normally dont even have a map in NEStroid so I think its fine.

)
% in 1:35
Read More
I enjoyed new character and theme of the game. It's all quite charming. I liked all the animated tiles. The music is good.

Despite the lack of a map outside of the hub area, I found each area to be both cleverly constructed and reasonably easy to navigate. This hack does lots of novel things without any major ASM changes.

)
No completion stats.
Read More
The best NEStroid hack I've played. It's up there with Rogue Dawn, couldn't ask for more. Great graphics, great level design, and just an overall fun game. Thanks to the creators for the great hack.

)
No completion stats.
Read More
Creepy, but fun. I like that it follows some structural rules, like what's breakable, passable, etc. for the most part. It's very open and doesn't take too long to beat. It's aesthetic isn't really my style. I would've preferred it to fit more with Metroid's general tone, but it does have a strong atmosphere regardless.

I also have to agree with what everyone else says. It do be as good as Rogue Dawn. Don't take comparisons to heart, but I think Rogue Dawn has some individual moments which push it ahead of Junkoid in many respects, but Junkoid is simply more fun to play minute to minute.
By Zincoshine on Jul 27, 2022 (

)
No completion stats.
Read More
Well, this is definitely the best Nestroid hack I have seen so far. However, that's not saying much since there are only 4 existing ones that are even worth looking at. I've tried two of them already. As a nes hack this is exceptional because it replaces so much of the original. However, it still utterly fails when evaluated as a metroidvania. The first problem is that you will collect various items, and the game never hints at what these items do. Now Ok, I was able to figure out the mouse transform ability, the baseball throw ability, and the high jump ability pretty easily but then things get weird. You get stuff like a ring and a dress and they don't seem to do anything. The other problem is that only the starting biome has a map. I quickly got lost once I decided to descend into one of the other biomes.
By Cosmic on Jul 27, 2022 (

)
% in 2:07
Read More
I for one quite enjoyed this hack. It is aesthetically pleasing for one, with a theme that I don't think anybody has really experimented with in hacks before, playing as someone who is not samus or "totally-not-samus." Definitely is up there in quality with Rogue Dawn as an NES hack. As I may have said in my review of Rogue Dawn, it would be in one's best interest to overclock the PPU in your emulator to prevent any slowdowns; That is when NEStroid shines its BEStroid.