Description
This hack contains a smaller map than the original, but all rooms are unique and have new palettes. The platforming and enemy placement are much more difficult than the original, but to compensate for this, the player starts with 99 health, doors requires fewer missiles, and missile drops provide an extra missile per pick-up.

All upgrades are included except for the wave beam 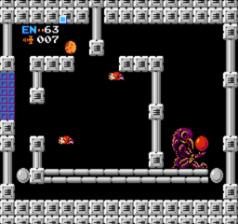 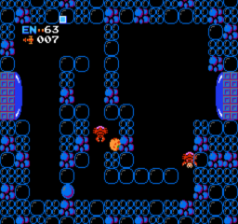 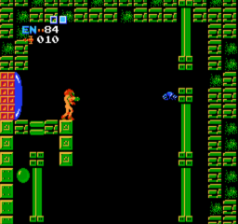 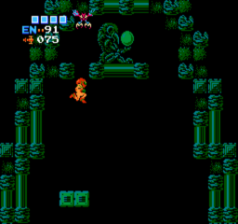 )
% in 2:43
Read More
Full RTA of 2:43:42.82.
This was quite an interesting hack, I have to say. The main thing that kept me going was the rather small scale of rooms/area throughout, because the exasperatingly large exploration sequences of other NEStroid hacks turn me away.
Now, this is definitely not a hack for those who can't stand NEStroid. For one, it makes a lot of use of the game's tech, like unmorph-jumping and bomb+jumping. Another thing is the enemy placements; a lot of stuff's underfoot, especially during times when the hatch spits you out onto their movement trajectory. The placements of objects and tiles, therefore, definitely are what give the hack difficulty. So yeah, "Kaizo light" is a pretty fair description of this hack.
That being said, I found Ridley and Kraid rather easy. Ridley, I could quite effortlessly shoot down without Long Beam once I made it to the platform left of him, with the fireballs just cruising down the pit without bothering me. As for Kraid, it was pretty easy to avoid taking damage just shooting him through that little shot block.
All-in-all, a pretty decent hard-style hack. I personally managed to get through without savestates until Tourian (I was desperate to finish this and rinkas are terrible).
If you can stand NEStroid-style difficulty and "features", I'd recommend giving this a try. If not, I can't quite say the same.

)
100% in 0:00
Read More
I was able to beat the game without using save states. It's definitely very hard. There are a few sections with cheese that I discovered. Overall, the level design is pretty good, but some rooms are unbearably annoying with the enemy placements.

Tech you must learn if you want to beat this thing is un-morph jump, vertical and horizontal bomb + jump, and bomb jumping at least two levels.

I enjoyed the simple platforming sections and exploring the map, but the boss fights were poorly designed. For Ridley, if his fireballs fall down the pit then he's defenseless. For Kraid, the fight is literally just shooting through a one-block hole until he's dead.

Tourian was short and not too hard. The fight was complete chaos, although by that point I had all the E-tanks so I was able to get through it without focusing too much. Rinkas are mean though.

I think if this hack had more consistent palette choices and more interesting environment designs, I would give at least 4 orbs. But props for the platforming and an interesting take on building a Nestroid hack.
By SpookerK on Nov 26, 2021 (

Read More
I loved the puzzle like design of every room, it was fun to figure out how to overcome everything. Ridley and Kraid were a low point as others said but I thought the Mother Brain room was well done. I kinda wish there were more M1 hacks like this.