Description
Did you play SM Weekend? Did you even know it existed? WELL here is the sequel.

Started on a Friday night and completed on a Sunday afternoon. I used SMART for adding rooms, enemies, PLMs, doors, etc, and used SMILE for the actual editing.

Can you defeat the dastardly Bomb Torizo and escape with your life? Maybe you should just go exploring instead.

1.1 Fixes an error with scrolling.
1.2 Fixes item PLMs that respawned and did not add to HUD % 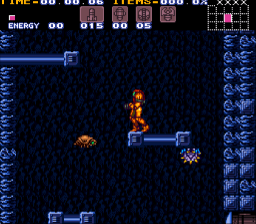 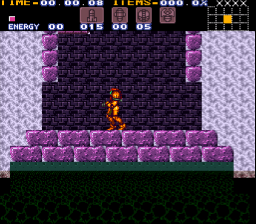 I liked that the player is given the choice to either go for the boss straight away or explore a bit.
Laughed at the TROM reference.

It's worth playing if you're bored but don't expect anything too special. I enjoyed it though.

)
17% in 0:24
Read More
Veeeeeeeeery different! Not the worst I've seen, though the tiling felt like a pedro hack.
Lots of open rooms and about 9 items to find. I couldn't find the last one no matter how hard I tried.
Finished.
Do not recommend.
By MetroidNerd#9001 on Jul 27, 2020 (

)
No completion stats.
Read More
This hack was made in a weekend and it really shows. The tiling is pretty terrible and the rooms are weird. Progression is also strange and it's easy to die. I never found a save, so after dying to a random desgeega with no E-tanks, I just stopped playing. Not recommended.
By therealsusan on Jun 05, 2021 (

)
7% in 0:19
Read More
Tiling was horrible. Hard to see what you were doing a lot of times, though oddly I thought that kind of worked in Maridia.
By JaceTheBodySculptor on Aug 12, 2022 (

)
No completion stats.
Read More
This seems like a difficult hack to categorize, because it's like a spoof, challenge, speedrun, and quickplay all at once. I do believe there exist people who will enjoy it, but they've got to tick all the right boxes. To really enjoy this hack you've got to: be looking for something short; be somewhat of a completionist; enjoy making multiple attempts at the perfect run; tolerate the difficulty in dying to strong enemies; and enjoy rather than bemoan the loss of runs to spending time gathering information. I think that's asking for too much for the typical player, but if that sounds like fun to you, try this out.