Description
A Japanese boss rush hack with not too many issues, but not much to offer. 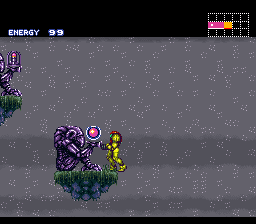 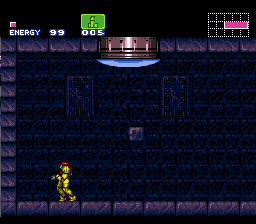 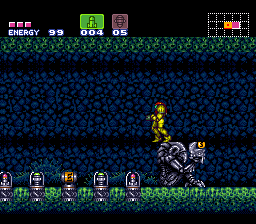 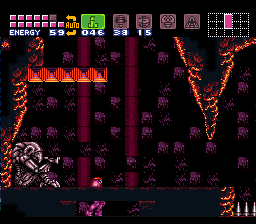 )
54% in 0:18
Read More
Usual boss rush hack, but "looks" unbeatable after Phantoon. You can break the glass tube and carry as usual though, going to Botwoon the vanilla way. Constructed well for the most part, but boring.
Finished.
Do not recommend.

)
62% in 0:25
Read More
There's better...well built boss rushes out there that isn't at least partially broken like this. One major confusion I found was where the room leading to Botwoon (apparently, from what I could guess, it was intended to be a shortcut to the save room), but somehow entering Botwoon's room from the top of the room upon going to the very left of the Maridia Glass Tube causes a game crash.

Also, despite me picking up E-Tanks from the Maridia Glass Tube the first time, upon going down to use the save room and coming back out, they respawned--presumably after the room state changed, and even upon re-entering the room caused them to reappear. No idea if the creator intended for those to be there, considering there's more E-tanks near Draygon's room, or if they didn't decide to remove them in the room state change because the player might 'skip' them.

There's tile errors here and there, and a few clipdata errors (there's two blocks in the Grapple Beam room that are just air tiles, there's at least a few air tiles where Plasma is + mislocated tiles, etc).

Kind of weird that it forces you to take a partial normal route, and hoping you'd notice the door to Draygon be where you just entered from, though. No idea if that was an intentional decision, or if something happened during testing phase.

Finished.
Don't recommend. There's many other boss rush hacks out there; if you want to waste time with this one, don't let me stop you--just know that there's much better and polished hacks out there worth your time playing.