This is an unfinished hack, but because the author's hard drive damaged,the project files have lost, the author said no longer continue to make this hack and release this version. You can play until the end of sactor 6. The item can be gotten where there have circles.The total collection was 31% (tentative) 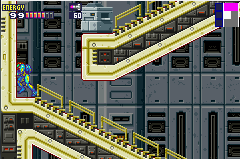 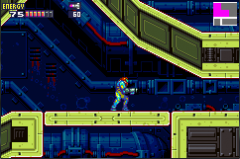 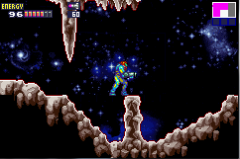 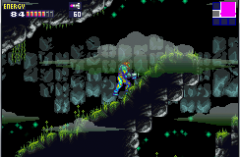 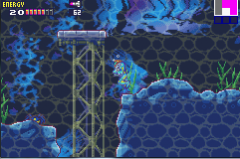 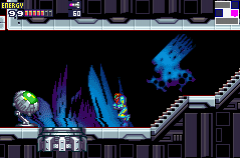 )
0% in 1:51
Read More
0% you ask? I cheated, that's why.
This is probably the worst hack I have ever played. Why? Well, there are insta-kill enemies hidden in the ground, some double as troll enemies, low energy count though the entire hack, hidden passages with no hints that are required to find to progress, tiling errors, inconstant clipdata, multiple instances of FORCED damage with already low health, and the worst offender of them all, the Charge Core-X fight. The X fly to a portion of the room that makes them borderline unfarmable, as they are intangible for a short period after spawning from the core. (Making them out of reach before they can be absorbed.) Now, had I got some extra missile tanks prior to the fight, this could have been avoided. Regardless, this is the room I cheated in. (gave myself health and ammo) Level design was not horrible, but there were many dumb things, mainly the hidden required paths. Also, there is a random Contra room that poses no significance as far as I could tell. In short, is this hack fun? No. Will someone have fun with it? Maybe, but definitely not me. Had I not been streaming this on my playthough, would have stopped playing.

)
No completion stats.
Read More
Incomplete, broken, basically unplayable. Stay away from this.
By Sapphron on Mar 13, 2020 (

)
23% in 2:03
Read More
Played v1.21.
Meh hack.
It's a pretty hard hack, not as bad as Glitch says (though I did play on Easy mode. ARE YOU HAPPY?!?!!?). Died a total of 30 times including Serris resets. Couple good extra music tracks, and the world has been completely changed around. It's nice. However, the challenge is why this sux. It's really hard. Core X's have been buffed tremendously and they're hard now. It was an interesting hack, I don't recall much more.
Finished.
Do not recommend.