Description
A new threat has risen on the Planet Zeron.
Samus has received word that there are signs of Metroid life still left there...
Did she really eradicate the entire species?
The only way to be sure is to find out herself. 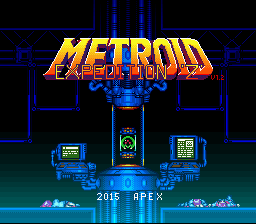 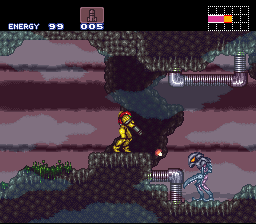 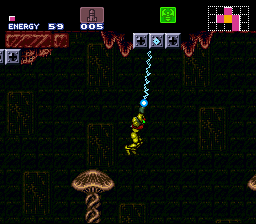 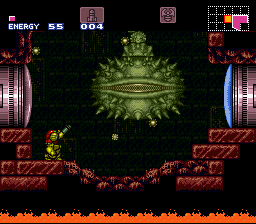 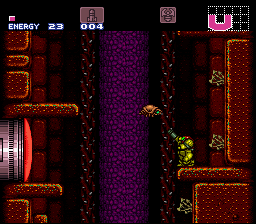 )
89% in 1:08
Read More
I rather liked this and didn't really have the issues that most people mentioned in the thread.

The hack suddenly going from being linear to having to backtrack didn't bother me much since the hack is rather small anyway. Neither did the Metroids in the suitless underwater area. I thought that part was pretty cool.

You can potentially get permastuck if you somehow get to Croc without Charge and Missiles.
Gold Torizo being immune to Charge was a bit weird and Draygon had a little too much health in my opinion.

)
97% in 1:07
Read More
Really, REALLY cool contest hack!
Felt quite nonlinear but it was actually pretty linear, for what the creator wanted you to do.
No locked escape doors, some really cool item puzzles here and there (one crumble grapple though, ew!).
Level design is top notch, but some tiling errors and collision issues are kinda sucky. There are 2 softlocks in the escape, but nowhere else. Can tell that it was completely rushed right at the end just to get it out in time.
Regardless, one of the best contest hacks ever.
Finished.
Recommend.
By caauyjdp on Mar 25, 2021 (

)
100% in 1:47
Read More
Probably spent more than an hour figuring out where to get supers because i'm dumb, but otherwise it was a fun hack.
Got stuck in a bad slope once, crashed out of bounds seems like this was bombing a reflec semi out of bounds, and went through bad door transition below the ship, but it's somewhat minor because regaining progression is pretty quick after you know what to do.
By Zincoshine on Jul 19, 2022 (

)
No completion stats.
Read More
The developer doesn't seem to understand how to design difficulty properly. You'll die often and that's ok, what's not ok is that you'll be dying not because of your mistakes but instead because of mistakes with the design of many of the rooms. It's an exercise in frustration. Furthermore, more effort should have been put into modding the intro. When you start a new game it says you're on zebes, then the map says you're on zeron. Perhaps the plot should also have been put into the game instead of leaving it here on this webpage.

Difficulty is so-called "veteran" for sure.