Description
It is a Metroid remodeling work of Terimakasih's work.
''SFI'' is ''Searching for Items.'' It stands for, has become as item search is emphasis of its name.
The entire breadth of is narrower than the original likely, but has been built fairly to detail.
There is a way, the atmosphere of a unique arrangement.
Is amazing. 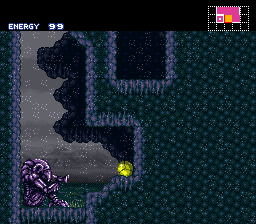 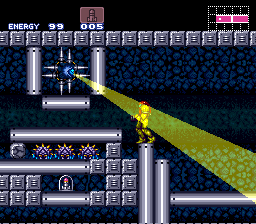 )
% in 0:53
Read More
SFI is basically THE hack to play to get into Super Metroid hacks. It is easy and forgiving, requires some exploration, shows the player a few things they will see in a lot of other hacks, and is just fun in general. Not to mention "the Plasma room" is still one of the greatest works of art ever. Highly recommend throwing yourself into this for an hour or two.
By Zhs2 on Apr 02, 2015 (

)
No completion stats.
Read More
This hack makes you feel good about yourself in the worst way possible, e.g. being as good as the hack author in terms of finding items - because they aren't hidden or hidden creatively, at all. If you want a short, easy romp, play this hack.
By Bloodsonic on Apr 02, 2015 (

)
No completion stats.
Read More
This hack might not be pretty, or challenging, or even the slightest bit unique (outside of the fact that items are EVERYWHERE), but it has one thing going for it, and it's something that a lot of hacks seem to be lacking; it's fun. The hack is fun as hell, and for that alone I recommend it wholeheartedly.
By Dynastyx on Jun 05, 2015 (

)
No completion stats.
Read More
Felt very... uninspired. Very easy, very boring. Only giving it a 2 because it's an oldy so it does get some credit for trying something different from all the challenge hacks out there.
By GoldenTorizo on Oct 15, 2015 (

)
No completion stats.
Read More
I dunno if I patched it to a bad rom, but being unable to save makes it extremely difficult for me to record.
By Sheoldred on Aug 08, 2016 (

)
No completion stats.
Read More
Very easy, with pretty basic use of Super Metroid's assets, with areas not really feeling like their rooms come together as a unified whole, but was probably still a wonder in its era. Still, I respect the author's efforts as there are good ideas present in it.
By Aran;Jaeger on Dec 08, 2016 (

)
No completion stats.
Read More
This was the first exploration hack I played and I really enjoyed it.
It only uses vanilla graphics and elements, but in a good way. Yes, it is too easy sometimes, but it really captures the feeling of the original and you should definitely play this, if you like searching for items (as the title already says).
The only thing I didn't like was that Plasma and Ice Beam were hidden extremely well, too well. I ended up backtracking and searching everywhere for them.
By Bethers on Oct 24, 2018 (

)
67% in 2:00
Read More
This hack was fun and sometimes trolly. I enjoyed the escape sequence, especially the DLC boss. I recommend multitroiding it, its a fun time.
By caauyjdp on Oct 25, 2018 (

)
No completion stats.
Read More
Save at the ship doesn't work, loads you somewhere out of bounds with the spore spawn.
Beginning seemed somewhat interesting, but not enough to beat my dislike of using savestates
edit: fixed saving at the ship by changing word at 80:C4C7 to 8D42. Did couple more heat runs, no idea if I'm supposed to have found pb/varia already, or if author intended to guess where to go in norfair. Running back to norfair from the ship(which doesn't even work without a fix) for another try is no fun.
By Syphon on Nov 09, 2019 (

It's easy and on the short side but collecting items is just so fun in this hack because they are hidden everywhere.
Plasma Beam is a bit hard to find and Ice can be missed if you don't look hard enough but other than that I had no problem finding items.

The escape was another highlight of the hack I didn't expect. Really enjoyed it.