Description
Super Metroid: GBA Style! is a hack of Super Metroid which main goal was to be able to combine the Project Base and Control Freak hacks into a single, fully functional hack. Additionally, this hack aims to make the gameplay experience of Super Metroid as closely as possible to that to Metroid Zero Mission and Metroid Fusion in both controls and physics. 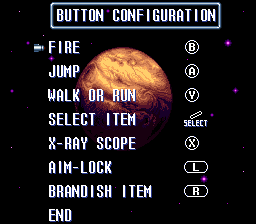 )
36% in 0:42
Read More
Just felt like vanilla but more tedious. I don't like gba physics being imported into SM as I feel SM's physics are better, but oh well.
Finished.
Do not recommend.
By nisekoishi on Oct 02, 2021 (

)
No completion stats.
Read More
very weird hack. attempts to feel like zm, but ends up with something that feels like neither zm nor sm. there are a lot of weird quirks from vanilla as well as exclusive to this hack that make it very unlike gba metroid, so calling it gba style is quite the misnomer. as someone who actually prefers the gba control scheme, i must say i'm disappointed.

samus is very fast in this hack. she accelerates fast. she jumps fast. she falls fast. etc. much faster than any other samus in any other game. even bombs are stupidly fast. once you get used to it, it's alright, but it's nothing like fusion or even zero mission.

the new mechanics are broken. the auto-fire rate is so hilariously op that there is no reason to equip charge beam for 90% of the game since you can mow down 90%+ of enemies by holding down the shot button. the end result is a game that's dramatically easier than vanilla.

the default button configuration isn't even correct, you don't get the one shown in the screenshot but a weird amalgamation of sm's default controls and the gba controls.