After saving the energy tanks, Adam was impressed enough to give Samus her Vacation during the greatest summer craze. Unfortunately, her lack of direction caused her to end up at an abandoned power plant instead of the beach!

This hack was cut short by technical problems, Ing is planning to start from the scratch and make a full hack long Summer Mission, but for now you can enjoy this fairly lengthy hack. Play on the pale difficulty if you're not good at ing-hacks, there's no punishment or different endings. Max items is 50%.

Special thanks for Cap. Glitch for making an asm patch for me. 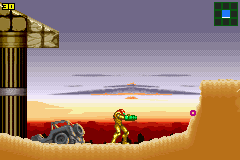 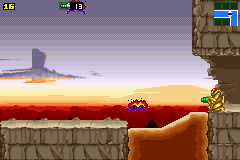 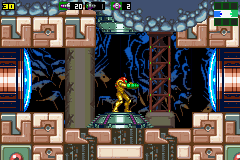 Cons:
Difficulty (Some paths are very hard to find)
Randomness

)
53% in 5:04
Read More
I liked speedbooster/screw/pb tiles, and mechanic used behind ridley's room, but that's about it.

No walljump, power grip only works on specific things, ibj might still be possible, but definitely not vanilla.
If you get power grip before bombs, you can explore a lot of areas, and that makes finding bombs harder because it could be anywhere in those areas.
Automatic missile spam wasn't interesting from the start, and got really annoying during boss fights because of seemingly low damage.
Mother brain fight was garbage due to refill bugs. On one hand they made it impossible to do anything, on the other hand drops refill so much that I just tanked everything.

Only part when playing was actually fun was one multi room spark chain and that only took a couple of minutes.

I like the graphics used and some of the physics changes, however a lot of the time I find myself getting lost or dying constantly due to the very low health Samus starts with and the little health the E-Tanks give.

Overall however I did enjoy playing the hack, which is why this hack gets 3 orbs.
By Sapphron on Nov 21, 2019 (

)
37% in 2:42
Read More
NOTE: This review is for version 2.05 of the hack, which you can find on the release thread. The link on this site does not properly link for it so you have to search for it.
Horrible. Honestly.
No walljumping, Imago Bee respawns, some rooms are inconsistent, yadda yadda yadda.
The entire map is a heckin maze, I can't find my way around anywhere. It took me like 5 hours to beat this game, why? It's supposed to be SHORT smh
Overall, I don't recommend this hack because of the things it does. It's just obnoxious. Never found SJ/SA.
Oh, and the low HP amounts + Mother Brain fight. Why did he think this was a good idea ITS NOT
Finished, somehow.