Description
This hack is a sequel to Super Made In Metroid: Attack of the Rinkas.

Type : one room hack or "other"

Tell me when you find a bug. (in simple english thx=])
Website: http://moodyblues764.blog.fc2.com/ webmaster:Moody Blues (pontarou) 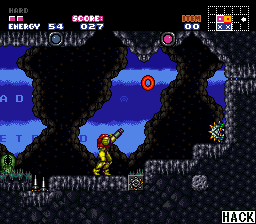 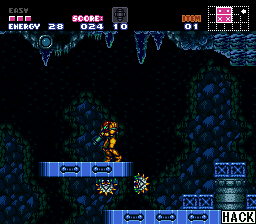 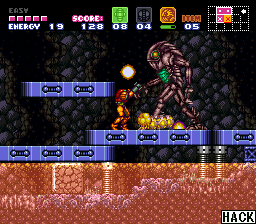 )
90% in 0:07
Read More
Completed on Normal Difficulty. This is a pretty fun hack once you understand what you're supposed to do. Falling into water that damages you without knowing how to drain it is pretty stressful, but once you know you can change the environment through a few triggers, it's pretty fun. The Ice physics are a bit weird, and there is the glitch where Samus inches forward after landing, but otherwise, it's a mostly solid hack.

P.S. "Form" is misspelled as "From" on the pause menu.

Rating for some hacks may be off by 1 Star, but arguably not more, and ratings are not attempted to be provided within the precision of ''half orbs''.
By Syphon on Jan 19, 2020 (

)
No completion stats.
Read More
I Play The Version 1.0