NOTE: THIS IS NOT THE CONTEST VERSION. A FEW CHANGES HAVE BEEN MADE AND MIGHT BE MADE IN THE FUTURE. IN ORDER TO DOWNLOAD THE
CONTEST VERSION, VISIT THIS PAGE: http://forum.metroidconstruction.com/index.php/topic,4717.0.html

I'm happy to announce that this hack is finally finished and I was able to make my vision of this hack I had, when the contest theme became public, come true. I thought it would be a nice challenge to make an unlinear game out of a linear one, so I really wanted to do this. While working on this I learned a lot about Assembly Language and hacking GBAtroids, therefore I'm definitely not regretting working on this project. ASM files might be released in the future.

Story:
While flying through space with her ship, Samus suddenly received an order
from a strange witty AI. It turns out the AI controls a huge space facility called C.L.E.A.N.S. . The station is invaded by strange "dirty" lifeforms. Samus now has to put an end to this, so biological research can be conducted on the ship once again.

Before you play:
1.Pressing down and the jump button at the same time allows you to use ladders from above.
2.Pressing the start button after the demos played brings you back to the title screen.
3.Continuous wall-jumping on one wall (hack patched to allow this) and mid-air morph ball are techniques required
to beat this hack.
4.Sometimes it might seem like advanced techniques (like jump extent) are required to progress. However
there will almost always be another alternate route to take. Search around, if
you aren't that skilled and you may find another way.
5."Sequence breaking", if you can call it like that, is not only possible, but requested (that's what
this hack was made for, multiple solutions can lead you on the right path) 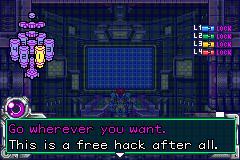 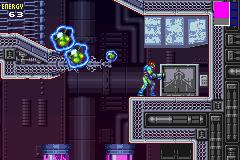 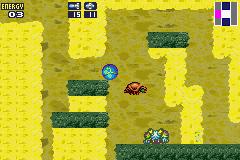 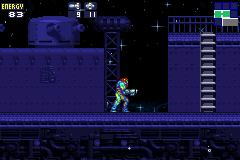 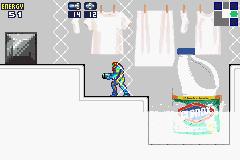 )
20% in 1:05
Read More
Note: This review is based on the first contest patch. Later patches didn't change much that would effect the review, other than adding saves. Thank you for that.

Wow, I will say it was very clever to base the whole hack around the air conditioner event. That works surprisingly well for the non-linearity you were going for. The other concepts (such as the physics change based on area) was pretty neat. I am glad to see another hacker learning assembly and putting it to use! The hack was fun to play, and the story tied it all together! But as per the usual, there are some negatives. No saves. Why? This wouldn't be too big of an issue if your escape wasn't so trolly. You'd have players play the entire hack, only to die and have to redo literally everything. I really hate using save states, but I had to resort to using it because of the escape, and early on due to the difficulty. The difficulty itself isn't bad, but the no saves made it annoying. The hack got better once I got past the grind at the start, but ended on a sour note because of the silly things you pulled in the escape. All in all, a gnarly hack.

)
48% in 2:23
Read More
This hack is fairly short and mostly enjoyable, but it tries to pad itself with the use of hidden pathways that you won't find unless you're bombing everywhere--And these pathways are usually the required ones.
One fun touch is that you can finish the game with very few upgrades, although you'll likely find yourself forced to do so if you play casually.
By MetroidNerd#9001 on Mar 18, 2019 (

)
69% in 1:07
Read More
A nice Fusion hack that unfortunately is really mean about hiding where you are supposed to go. There are still a lot of bugs to iron out, but it is fun to play once you figure out what to do.
By Omegaknuckles on Jul 07, 2019 (

)
100% in 2:27
Read More
Notes:
-SAVE BEFORE CLEARING THE LAST CLEANING UNIT. The escape sequence can be brutally unforgiving to those who don't know the pathways.
-Walljumps required (Single-wall Walljumps are now possible)
-Custom Space Exterior Physics, mastery of this is required for 100%
-Some narrow morph tunnels are difficult to enter with bomb jumps. Mashing B has sporadic success .
-Door Transition Blocks can be located in unusual spots and will require thorough searching to find.
-Nonlinear (in Metroid Fusion)
-Save stations exist (as of V1.15)
-With proper routing, can easily be completed in under 30 minutes, if speedruns are of interest.
-Dust Annihilator (Power Bomb) refills require Red X, new PB Tank, or a visit to Samus' Ship.
-Jump-extend technique optional but can allow for more versatile sequence breaks.
-Exactly two items cannot be collected until the escape sequence is activated. Have fun.


LOTS of blind/hidden morph ball tunnels and some extremely difficult to find items are only available through finding hidden exits in them.

A good amount of secrets for those with the iron will (or editor) to find them. Includes an Interesting Room (Kanji for "Seijin-muke").

Also accounts for the only instance a game script has called me a freak.

Custom ASM has been deployed to not only add QOL physics improvements (single-wall walljump, quirky space exterior physics), but also hijack the Fusion Event System to allow the hack to, you know, work?

Only encountered one permastuck where I ended up in the ceiling in the "Gravity-changing liquid" room somehow when returning from another room. Also, Bleach. BOILING BLEACH!

Won't drop spoilers here, but check out the Navigation Room during the escape for some tips on 100%.

)
100% in 0:33
Read More
Just replayed this, and it's even better than I remembered.
Single wall walljumps go a long way to make fusion tolerable.
There's secrets, routing options, early items once you've learned the hack.
I don't like fusion, but I like this.
edit: replayed with 1.15 version this time because newer version has proper end% scaling
By Sapphron on Mar 09, 2020 (

)
No completion stats.
Read More
Has some nice ideas.
Everything else kinda sucks though.
By True Hyper Sonic on Jan 25, 2022 (

)
No completion stats.
Read More
This hack makes no sense. I managed to get the first 4 Cleaning Modules up and running, but the last one is hidden somewhere. The convolutedness of this hack is absolutely bonkers. Would not recommend. Even cheating for infinite Power Bombs, I still can't find Cleaner 5. The unnecessarily high levels of trolling in the difficulty didn't help.