Description
The space pirate collection team from sr388 were (predictably) destroyed en route home because of a containment breach, crashing into an asteroid. Years later, the GF has detected their cargo, and Samus must once again infiltrate the hive to purge the Metroids and their queen before they spread... 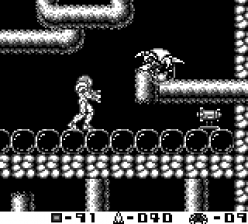 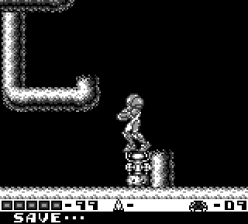 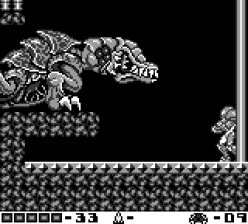 )
50% in 0:13
Read More
This hack received a complete overhaul on March 13th, 2020, so I am redoing my review based on that version. The overhaul greatly improves the graphical blandness of the original version, though it still has problems. Most of the rooms are visually and structurally better, but the design is still very repetitive. Rooms are devoid of regular enemies still, (I don't know if enemy editing is possible yet.) but some of the Metroid fights are rather creative. I once again stumbled on the queen by accident, but I don't think the save prior trapped me, which is good. I had only killed 4 Metroids up to that point, so I lacked several extra items; as such, my percentage is once again an estimation. Keep up the good work! I hope to see more Metroid II hacks in the future!
By Cpt.Glitch on Jan 08, 2019 (

)
100% in 0:15
Read More
Buggy.
First real M2 hack however. Beatable, and short, definitely worth a play to see how M2 hacking has advanced.

)
No completion stats.
Read More
This hack has issues, but it's honestly really cool and has a lot of novelty for being the first exploration M2 hack. It was essentially put together in a rush for a contest, and that honestly really shows in the repetitive tiling and bugs galore, but I do think it's worth playing. It's been really cool to see Liam pioneering Metroid 2 hacking, and I believe that this is the beginning of a new hacking scene. I'm excited to see when Liam has the opportunity to make more polished hacks, because this shows me how much potential Metroid 2 has.
By SuperMetroidSamus on May 23, 2020 (

)
No completion stats.
Read More
Both versions are insanely broken and I love it because.
By Contendo on May 01, 2022 (

)
100% in 0:13
Read More
For the first M2 hack this is nice.
A lot of repeating screens make this pretty boring and some the of Zeta fights are really annoying.
A lot of graphical bugs happen because the wrong sprite graphics are loaded. Especially with the Save Station text.
Overall its good to see Metroid 2 Hacks.
Finished.
Recommend.