Description
This is a Metroid Fusion hack by [MengMeng ilove] from China.

This is an awesome hack! It has been compeletly finished and also can do a 100% collection! It is very popular in Chinese Metroid fans.We just want you guys who are from other countries to try it up :razz:! Welcome to download and make some comments!

It's been a year since the last hack release.
The hack has been doing it for almost half a year, although it has been abandoned during the period.
It's also the latest production tool, which makes me do it more smoothly and break through the previous DH.
The hack also released a beta version that has been shown a lot by many players, such as the road is hard to find.
I've been working on it for the last few days to make it more accessible to the public. After all, those who come and go are those who play with no fun.
I'll give you a brief introduction of this hack.
First of all, the map may be messy, because the reasons for the pre production, but also had to do this, the map, I also do my best to do the best.
Second, because of my personal reasons, the difficulty of hack is still relatively high, at least for the beginning of the players are very difficult,
Third, hack's fluency has changed constantly, but I can't do it well. 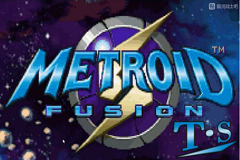 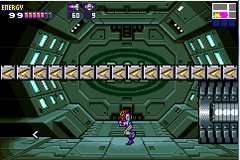 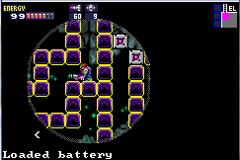 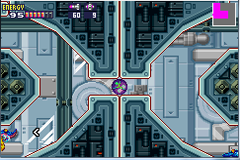 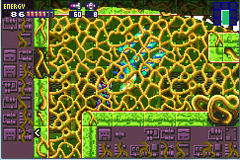 )
64% in 3:33
Read More
Certainly not what I expected.
A complete overhaul of Metroid Fusion, and a good one at that. Entirely new rooms and a fully new map, different boss rooms, tons of cool stuff. However, it's riddled with a few problems.
The beam damage at the beginning of the game is painfully low. Be careful with your hp. Due to the room headers not being changed, the map is really confusing at times, but if you can figure out how to piece it together it kind of makes sense. Bomb and power bomb timer are reduced, making for a LOT less tedium. Probably saved me 30m by itself. Some enemy vulnerabilities are changed, especially bosses. The Core X's vulnerability was really cool and unexpected. I liked it! Some of the tiling is a little repetitive and off, but it's excusable. There's a certain maze in Sector 6 (shown in screenshot 3) that's really annoying, and brings me to my next point. Missile exploits. You have to abuse the physics of missiles to clip them through walls in various points, and it's a little tedious. It's not hard, but anyone who doesn't know about it is SOL. Spark puzzles weren't that bad, surprising for a Chinese hack. Now the bosses. Specifically BOX-2, Ridley, and SA-X come to mind. BOX-2's arena is hell. Literally. It's so hard. It took me about 8 or so tries, over half of my total deaths. Ridley wasn't too bad, but his core took like 30 missiles. Get ready for a tedious fight. And speaking of tedious, SA-X. It's a long fight that you can't freeze it in, so get ready to jump around and learn how to avoid it. Omega Metroid sucks if you don't know the safe strat.
Other than the typical Chinese hack jank, this hack had some really cool puzzles and great exploration. Totally recommend.
Finished.
Recommend.

)
58% in 4:55
Read More
Decent Fusion romhack with a redesigned BSL station and some gameplay changes. As bad as the preview pictures look, the design is actually decent. Difficulty wise, this hack is manageable for a casual player. The map was redesigned A LOT, but it still retains the feeling of vanilla Fusion so you can kind of predict if you're going the right way or not. The the beam was nerfed, making it a lot slower and deal less damage (buffing plasma a lot in the process). It has the obligatory "Sector 4 escape shinespark chain(tm)" every Chinese hack has, but it's not overly complicated/tedious like in other hacks. Unlike other hacks, the following sectors still have normal gameplay elements and are not nonstop shinespark chains. From Sector 6 on, the game expects you to diagonally shoot missiles through blocks (constantly...). A big flaw of the game is that the in-game map is absolutely broken as a a result from all the room shuffling. This led to me looking for the SA-X in the absolutely wrong place for over an hour. The changes to the boss weaknesses were kinda fun if you just try doing the vanilla approach and get thrown off. The boss changes are similar to other hacks with Zazabi's room full of obstacles, Serris in a maze, huge Nightmare room, and so on. BOX2 and Ridleys room are filled with "fun", so some knowledge on how to fight these is required. While the hack is definitely play-tested, I managed to get stuck in a situation requiring power bombs to progress without any and no way to refill. The first time I could reset, but the other time (before Netori), I didn't know I needed PBs and saved in a softlock (or at the mercy of a super random red X drop)...
so I ended up clipping through a wall in order not to have to redo 6h of gameplay.

Some noticeable things:
- The hack has a lot of crumble blocks in some places which actually were hilarious to fall through
- Some instances of "find the 1 block in an absolutely obscure place to progress", but nothing too major
- Only like 5 required shinespark chains and 1 or 2 tighter longer spaceboosts
- Not being able to get required power bombs actually made me clip through a wall

This is a very decent hack and definitely worth a playthrough, even for casual players.
By KPF on Feb 14, 2022 (