Description
This hack is the combination of three individual hacks. It was created to be the ultimate NES remake of a classic game.

The original palette has been utilized and the layout of the map is exactly as the original. The only exception is the room where you fight Ridley. To reduce flicker (as much as possible) I had to place Ridley above the doors.

I do not claim any credit for the actual content - only for the hard work of making it all work together.

All credits go to the below listed hacks and their individual authors: 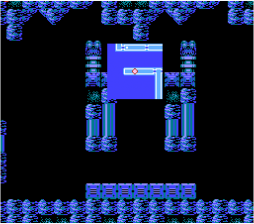 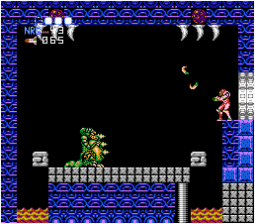 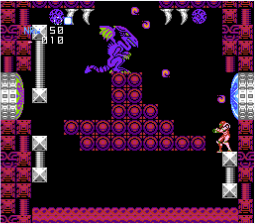 )
No completion stats.
Read More
This is the ultimate version of Metroid. Use it with the metroid.lua file for an in play minimap and pause screen full screen map.
By Sapphron on Aug 25, 2019 (

)
% in 0:49
Read More
Vastly improves NEStroid...so much better.
The updated tiles look gorgeous. Bosses look new and stuff!
I didn't like Samus' sprite, looked really unnatural.
Ice Beam was given a huge upgrade and it can easily kill enemies if you stagger your shots, so much better than the original.
Ridley being on a platform really made the boss fight obnoxious but with Ice I was able to kind of get through it.
Metroid + Saving is applied, so you keep your health upon Up+A! Genius. Some lag seemed to be reduced, but not by much.
This is the best way to play original NEStroid.
Finished.
time is rta

)
No completion stats.
Read More
Wow, just WOW. Beastlike Hack. All te sprites are smooth. The fact of using Wave + ice makes the game MUCH easier for begginers or non-pro players. The Pause Warp keeps your Energy Tanks and that's a HUGH improvement. I had TONS of lag while fighting Ridley and stun-locking him with the Ice + Wave Beam, but it's ok. Gongratulations for the Godlike hack! Brazilian cheers!

)
% in 0:41
Read More
Eh. I like the background graphics from 'Roidz, but the most all of the MBDtroid sprites feel like a downgrade compared to sprites from 'Roidz. Also, I take issue with the removal of the tasteful level design changes 'Roidz made.

This is like if Project Base was just a set of alternate palettes, but didn't make any meaningful changes to the gameplay or world. I just don't see the point, really.

)
No completion stats.
Read More
My first Nestroid hack and an awesome way to relive the classic. I'd say Metroid HD has made this obsolete at this point as it's this plus better graphics but this is still a great hack.