Description
A half-hack with recolored palettes, lots of spikes, lava, and acid.

Items are moved around, and it's recommended the player explore as much as possible for items because they'll be taking lots of damage throughout the game. 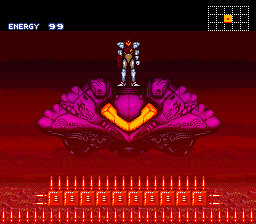 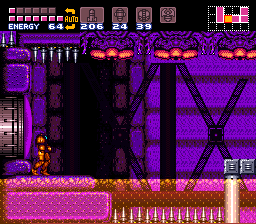 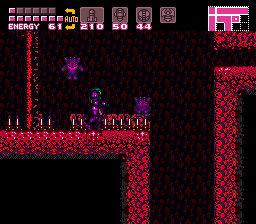 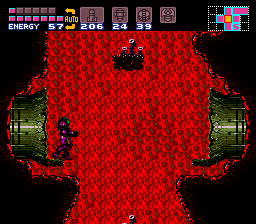 )
85% in 2:19
Read More
The only appropriate question is why was this never made earlier. A true masterpiece in every sense, as all your sense will be overloaded by RED MONSTER SLUDGE POWERS and generally leaving you like you were just impaled by a dump truck sized spike overlord.
By Aran;Jaeger on Dec 08, 2016 (

)
No completion stats.
Read More
The name is pretty accurate. I believe that this hack accomplishes what it sets out to do, which is to just make the player's life miserable, so I'm kind of torn between giving this a 2 or 3 rating, but I had to settle for a 2, though I'm not fully satisfied with it. I actually liked the crazy color pallets, to be honest, but even the most sadistic SM player would probably want some variety to the ways they'll be tortured for the duration of the game. And some tangible reward beyond surviving said torture. If you want a challenge, this certainly is one, but you probably won't get that dopamine release to keep you going through the whole thing. 4.75/10
By OmegaMalkior on Sep 02, 2021 (

)
No completion stats.
Read More
It wouldn't be called So Much Hell if it didn't really feel like it. Masterpiece at doing what it promises to do.