Description
This project was started long time ago, in times before I knew ASM. Now you know what motavates me to learn.

I planned to recreate Metroid universe a long time ago (even before Zero Mission is out), but I has no time and ability to do that. How I have them. Think about it, enemies are there, almost all tiles are there, items are there, so why not to do it?

Features:
* New save station PLM. Old one is still in game.
* Elevators are acting like a save point. You can save right after using elevator.
* There'll be a megapack of missiles after every boss as reward.
* Most of horizontal rooms are 16 blocks in height versus 12 in Super Metroid.
* Rooms are very close to original layout of Metroid with minor changes due to better gameplay.
* Original layout of Super Metriod is still there.
* Palette of some enemies is changed to looks like in original Metroid.
* Almost all doors are shifted by one block to the top.
* You will land at the same place as in Super Metroid.
* Story text and title are changed.
* Blue Brinstar and orange Brinstar is connecting with Crateria tube room.
* 3 rooms of blue Brinstar that left in Super Metroid will be changed a little. They are very similar to the Super Metroid ones because they weren't rebuild by a space pirates.
* 3 new traps in Brinstar. 2 of them is almost mortal. Use savestates from time to time if you want!

This demo have only Brinstar of Metroid 1 completed. It's having 3 "exits", not counting the one you've entered. One of them is a DEAD end, another one warps you to another room, and the third one teleports you to the Super Metroid world. Bomb Torizo is at the same place there. His states are changed because you'll be more powerful when meet him.

I recomend to collect everything you can before going through "exits". You can play in the world of Super Metroid, but just up to Kraid because his tileset is corrupted.

I hope I finish it someday. 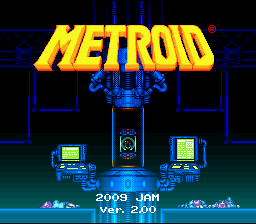 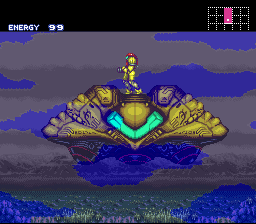 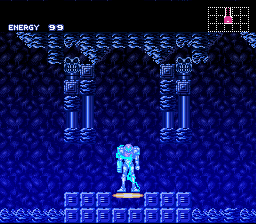 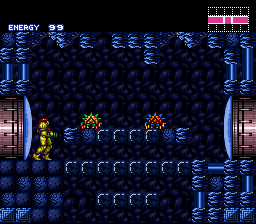 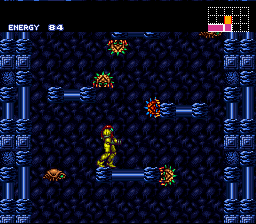 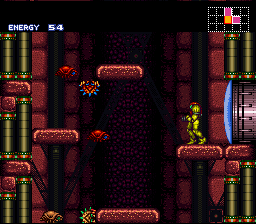 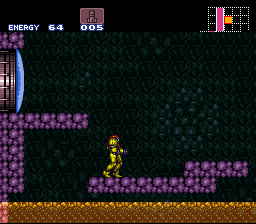 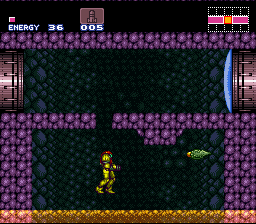 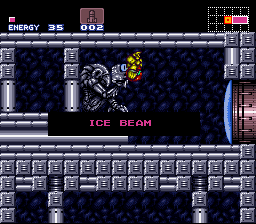 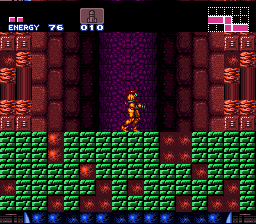 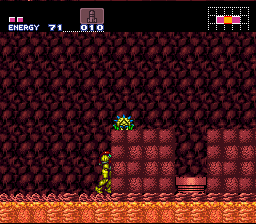 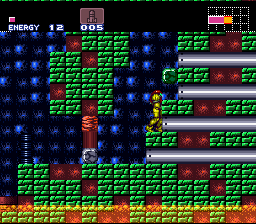 )
No completion stats.
Read More
Neat idea, but there are some death traps in rooms and the scrolling doesn't work that well. The tiling is kind of off, but it is in M1 so that's not a fair complaint.
Didn't really like this as it doesn't offer much and there's a newer MUCH better version by ProjectXVIII (can be found here https://www.romhacking.net/hacks/3234).
By kkzero on Mar 22, 2021 (

)
No completion stats.
Read More
With the awkward and broken transition from the SM rooms to the NEStroid-like rooms, as well as this being an eternally incomplete demo, I can't say there's much of a reason to try this out. In addition, like Sapphron mentioned above, this concept has been outdone by Retroid.
By Sickwood on Oct 27, 2021 (

)
No completion stats.
Read More
Having not played Retroid yet (for the sake of saving up some good hacks), I really liked the original Metroid rooms Jam created. The enemy placement and palettes were spot on. It was fun to traverse rooms in much easier fashion than the original. I liked the concept of blending the original and SM layout together and would have really liked to see this particular version finished by one of the all-time hacking greats.